This is the place to be- Bo3b

This is the place to be- Bo3b

Hope I can say greetings and welcome to our new corner of the web.

It's sad to leave the NVidia forums where we've all spent so much time, but let's hope for the best.


With real forum software, we can migrate some of our big and productive threads here.

We can take a look at reviving as much as we can, but it probably doesn't make sense to do much except for some of the primary ones like the original HelixMod thread, and the 3Dmigoto thread.

No rush, but let's see if we can make a go of it here.

I hope our community can thrive here now on.
Top

Visit http://www.gamermovil.com for a ton of mobile news and more!
Top

Hey, everyone. I guess this is the "I'm here!" thread.

Tip: if you want your old Nvidia forum signature back, look up one of the threads with one of your posts in it. I couldn't find old forum style pages on Google cache or archive.org, but Bing works. Make sure to include site:geforce.com in the search to make sure the new forum style doesn't appear (no signature). Click the arrow on the right side of the search result. Lastly, go to your user control panel preferences under Edit posting defaults and choose to attach a signature by default. Preferably before posting for the first time.
Last edited by schwing on Mon Sep 16, 2019 6:37 am, edited 2 times in total.
Win 10 v1909 / 1x Nvidia 980Ti GPU (v442.19, 1080p)
Top 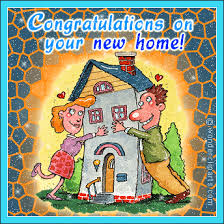 hi
nice to see you guys in the new forum
hope 3d vision community will gather together again here.
Top

Hope that this forum will be more active, than now is Nvidia.
Top

I was sure I had a logon here donkey’s years ago but couldn’t remember a thing about it. Oh well... glad to be here and thanks to bo3b for suggesting it. Let the fun begin/continue.
Top

Hello all... just checking in

I'm here now as well. Good by NVidia, you used to make cool stuff but now you suck.

Where is the search function in this forum? Never mind - found it in bottom corner.
Top

At last a real forum format

Up Up Up
Top

Hi all! It's really good to see everyone who's signed up so far. Asking rhetorically here, but who would have thought that forum software developed in the 1990s would sadly still be ahead of its time a quarter of a century later?

Both 3DV and these forums have one thing in common: 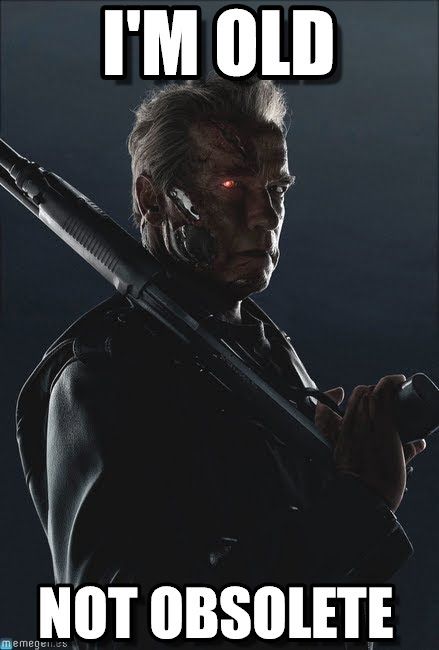 Hello all, yet another Nvidia refugee here. I'm already not missing that bullshit new layout
Top

Went back and forth on asking everyone to move over here, but ultimately this place cannot possibly be worse than we were being treated over there. Long term decisions like this never have a completely clear answer, but I tried to read people as best as possible.

I think that people who prefer Reddit style will find the Discord will work for them, and clearly the people that prefer Discord will continue to use it. For people who just want a bog-standard forum- this is definitely the place. No freaky UI and 'modern' UI madness. Just a plain old forum where we can talk and still find stuff 5 years later.

Me personally, I already like this place better. :-> I mean geez. Graphics in the posts? Being able to quote someone! A search function. OMG!
Top

ok i moved here ,so i assume the driver forum section here is the place we post? Even if this is not realy matching ??
Top

Losti wrote:ok i moved here ,so i assume the driver forum section here is the place we post? Even if this is not realy matching ??

I messaged Neil to ask him to add a new sub-forum:

...I've not heard back yet but hoping he'll add it.

I think it'd basically cover everything accept "off topic" stuff.

But I guess for the moment, this is it.

That having been said...

...thank god people are on this proper forum now. Hopefully the migration will continue and grow.


I really want to start transferring threads but I don't want to put them in this forum if Neil can add a "Nvidia 3D Vision Fixes, Solutions and Troubleshooting" sub-forum.

For the moment I'm going to wait and see. :/
Top

Moving to a new home is always stressful, but we now have more space, a sturdier foundation, big back yard...and in a much nicer neighborhood

I'm also changed from the perish nv forum.
It's nice to have found a new place.
Top

Cant remember why I signed up here. But been a 3d fanatic for a long time now I guess.

This is a good call.
To be honest I wasn't even in the mood to try and read the new Nvidia forum.
3D Gamer using Avegant Glyph & LG 65E6V
No hidden talents.
Top

FYI, my NVidia forum account has been suspended - it looks like I am now banned from the NVidia forums.

It also looks like my "We're moving" thread, as well as Bo3b's "Where to move" thread have been expunged... I wonder if bo3b has also been banned.

Perhaps helixmod.blogspot should mention the new MTBS location, since NVIdia forums have become so inhospitable?
Top

I do think that we ought to be careful to not bring any heat in the direction of this site, even though the thought process behind the approach taken is understandable, in so far as simply trying to encourage as many 3DV forum users to transfer across in whatever way that actually works. I think we've all felt a degree of frustration about it all, but let's have as clean a break as possible from now on.

That being said, it's still a rather petulant and illogical response from NVidia moderators nonetheless. Why should they now be concerned as to whether or not we're leaving as a collective? What did they honestly expect would happen? If they had put as much effort into erasing those two threads so comprehensively from the internet, into actually improving their forums instead, they might not have had the mutiny they're currently experiencing now.
Intel Core i7 6850k @ 3.6 Ghz (Liquid Cooled: Corsair Hydro H115i), 2x GTX 1080 Ti, HB SLI @ x16x16 (Air Cooled), GTX 1060 Dedicated PhysX, 32Gb RAM Kingston Predator
Asus X-99 Deluxe II Motherboard, Corsair Obsidian 1000D Super Tower, Win7 Pro (442.19), Win8.1 (441.66), Ubuntu, Rog Swift PG27VQ 3D (1440p), HTC Vive
Top

it's great to have a forum again.

Wozman420 wrote:Hello all, yet another Nvidia refugee here. I'm already not missing that bullshit new layout

Tridef went out of business on December 2018 and closed the forums.

Something good about MTBS is that has a broad range of 3d Stuff / Nvidia 3d Vision, Tridef, Vorpx, VR.
Top

this is a good idea, allow old Nvidia forum users to find this place if they were away for a while and also for new Helixmod 3D fix users to find it and join in.
Top

this is a good idea, allow old Nvidia forum users to find this place if they were away for a while and also for new Helixmod 3D fix users to find it and join in.

I'll see if I can make time to edit that and point here instead. It's a good idea.
Top

Hi all, lacuna from Geforce forums (registered before the moving). Hope that everybody finds their way to this "real" forum and make S3D great again.

Here and ready for the fight.
Top

Porlonus
One Eyed Hopeful
Posts: 43
Joined: Tue Sep 17, 2019 9:17 am
Which stereoscopic 3D solution do you primarily use?: LCD shutter glasses

this is a good idea, allow old Nvidia forum users to find this place if they were away for a while and also for new Helixmod 3D fix users to find it and join in.

I'll see if I can make time to edit that and point here instead. It's a good idea.

+3DFix Manager would also be a nice option to have it kown by that tool. I don't think HelixVision makes any sense?
Top
Post Reply
62 posts