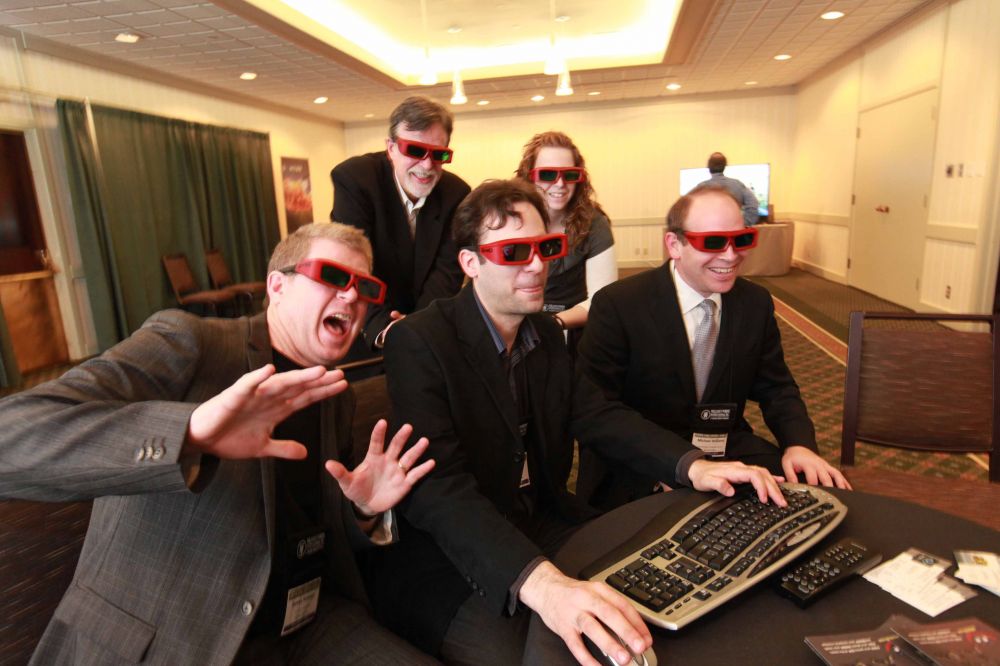 The S-3D Gaming Alliance and Meant to be Seen were featured in Playback Magazine this week!  For those unfamiliar, Playback is the leading publication for all things media in Canada.  It’s our equivalent of Variety!

It would have been an even cooler story if they knew about Electronic Arts joining S3DGA!

The picture shown above was from Prime Time in Ottawa, the industry’s event for Canadian producers in TV, cinema, and new media.  This picture was taken just before we shut down the exhibit where we demonstrated an iZ3D monitor, NVIDIA’s GeForce 3D Vision running on a Samsung LCD panel, and XpanD’s shutter glasses running on a Mitsubishi DLP.  We all had a lot of fun!