The Most Amazing HTC Vive Pro Deal You Will Find! 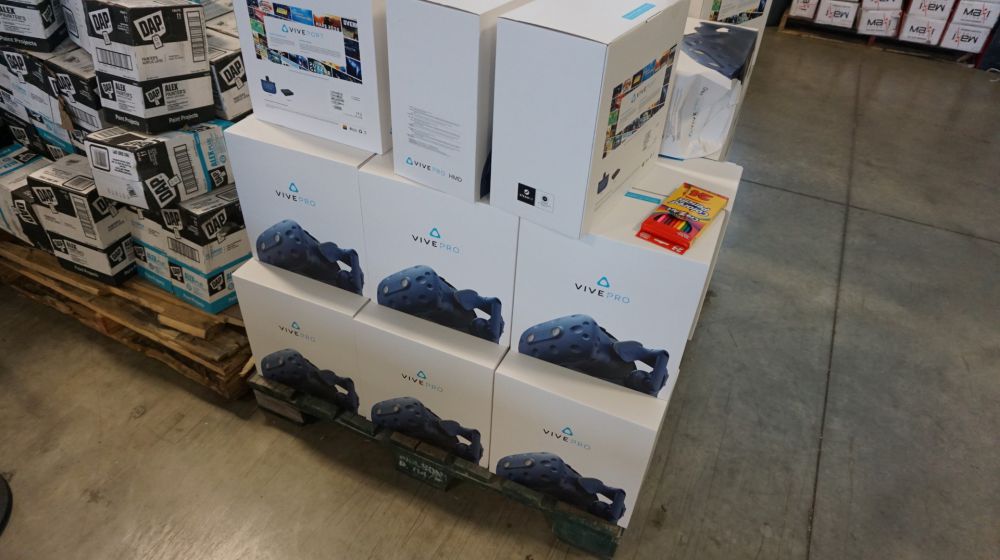 Sold as a standalone HMD where the rest of the bundle (Vive controllers and lighthouse emitters) is purchased separately, the Vive Pro retails for about $800 USD. 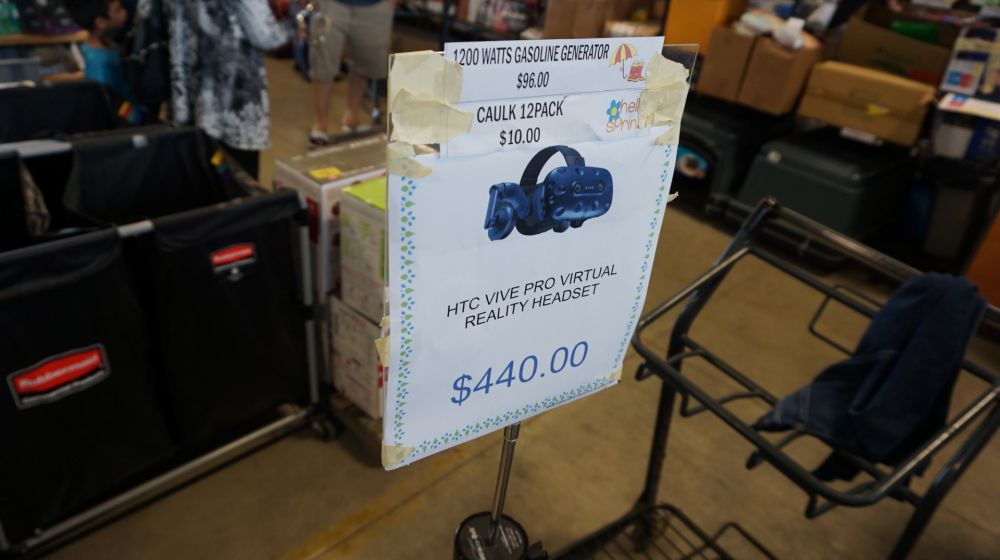 Imagine our surprise when visiting the The Border Bargain Shop in the Ammex Global Marketplace duty free at the Detroit-Windsor border crossing (American Side), that a bargains store had a whole pile of them (and we mean a PILE) on sale, unopened for…$440 USD each (probably without taxes).  This is HTC’s best stuff selling for $440 USD at a Duty Free store.

We would have gladly purchased one, but being from Canada, we would not have had warranty support had something gone wrong.  Also, all the products in that particular store were sold “as is”.  So, even though the boxes were sealed, if something had gone wrong, it’s unclear if HTC would have supported the manufacturers warranty.  Still, this is well worth investigating if you’re itching for HTC’s top tier HMD.