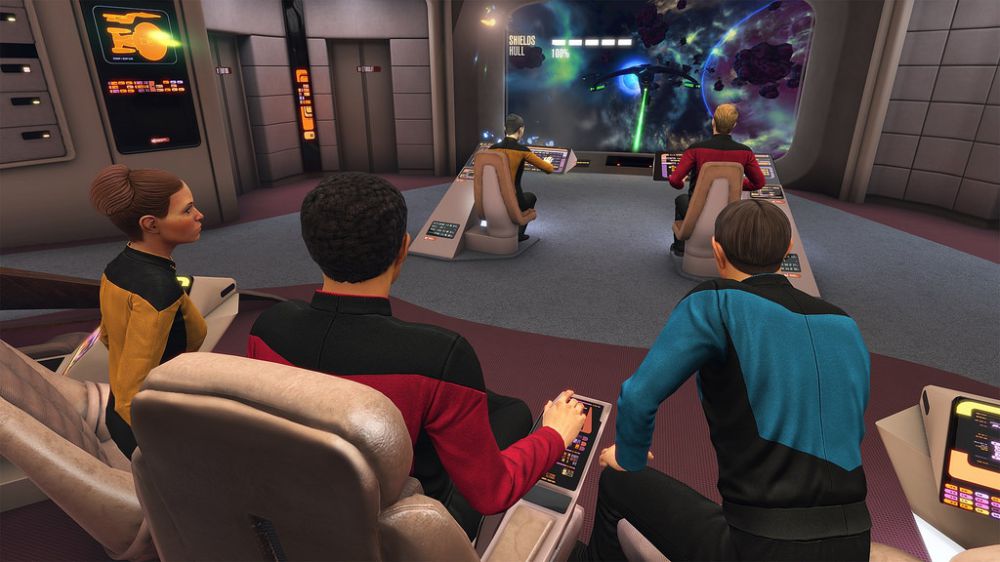 Finally some news worth reporting on!  Star Trek: Bridge Crew, easily one of the top rated VR games, is getting some desperately needed content to refresh the simulator via a new Star Trek: The Next Generation DLC which is being made available this year on May 22 for Sony PlayStation (PSVR), and on July 21 for PC.  The PC version will support the HTC Vive and Oculus Rift platforms.

Captains and crew will get to pilot the USS Enterprize NCC-1701-D, battle cloaking Romulans, take on a new bridge position, and…perhaps most importantly…battle the Borg!  And no, they aren’t Swedish.

See you guys on the bridge soon!