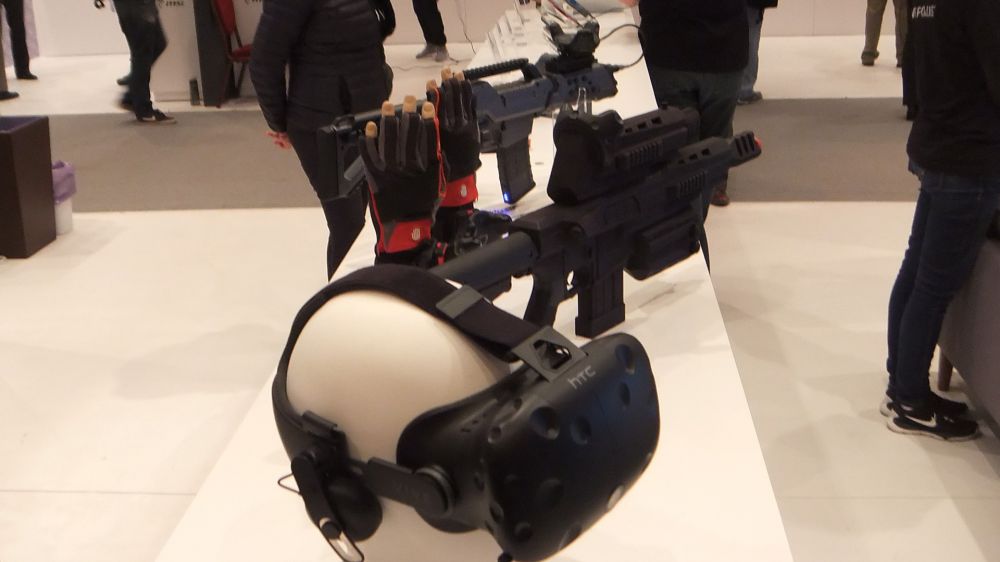 Under normal circumstances, the benefits of the positional HTC Vive tracking system is limited to the head mounted display and the hand controllers.  Revealed at CES 2017, the HTC Vive Tracker is a generic add-on designed to deliver the same positional tracking abilities to nearly any kind of solid object.  They could even be used to help track additional body joints like your knees and elbows.

Over the past year, availability has been limited to developers, and HTC is finally making the technology available for pre-order by consumers with anticipated delivery in mid-December.

Each tracker is $99.99 USD.  You can also buy an additional pair of body straps for $24.99 from Rebuffreality (straps do not include the actual trackers).  As a value-add, the straps include a Steam key for Redfoot Bluefoot Dancing.

Sample product bundles that tie in with the HTC Vive tracker include the Hyper Blaster with Duck Season and the Racket Sports Set with Virtual Sports.  Early titles that have already implemented tracker support include Island 359, Climbey, Holodance, High Fidelity, and more.  Dozens more are expected.