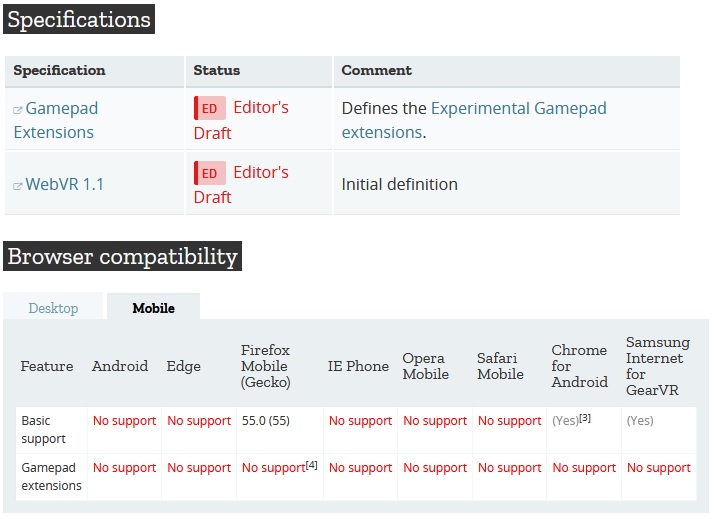 Not all browsers are born equal, however!  Mozilla is first out of the gate honoring the spec and turning the WebVR API on by default in the just released Mozilla Firefox browser (version 55+).

According the the Mozilla compatibility table, this Firefox WebVR release runs on both desktop and mobile platforms.

As cool as online virtual reality is, there could be a greater opportunity to be had here.  Could the browsers themselves prove to be strong marketing material to promote the benefits of virtual reality and immersive technology?  Will the addition of the feature help grow the user base?