SLAP! They Were Just Fancy Gloves. 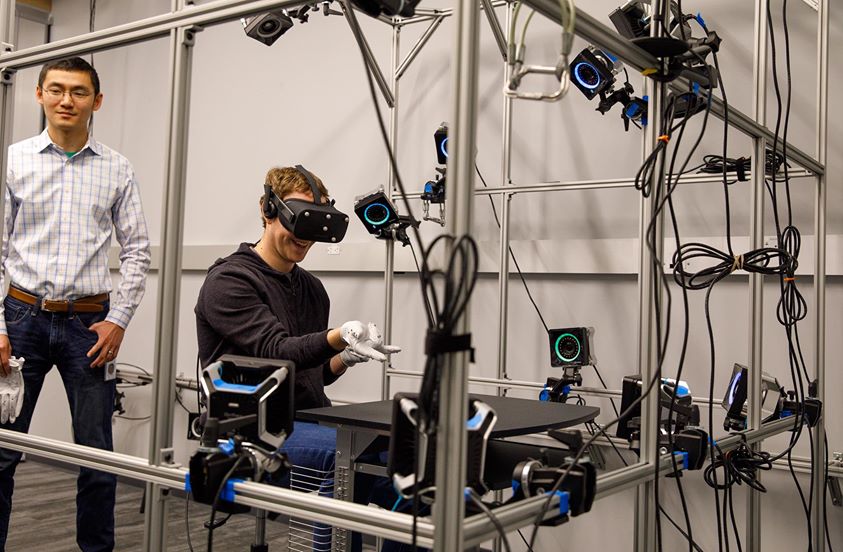 Several months ago, there was a Facebook picture of Mark Zuckerberg trying out new VR gloves in the Facebook research labs.  Playing VR piano, shooting spider webs – that kind of thing.  There was all kinds of excitement and hoopla around them.

Fast forward to the present day: Mike Abrash (Chief Scientist for Oculus) confirmed in his latest blog post that the technology is just plain gloves studded with retroreflective material and tracked by multiple cameras (which was plain to see in the original picture).  This concept and use case is extremely old, and yet it was treated like the greatest thing since sliced bread.  People are too easily impressed!

We want to see wild innovations with these gloves; like achieving that level of tracking with just two sensors instead of countless more, or demonstrating solutions to hand occlusion, or…dare we say it…haptics.  These are the real holy grails in our book. Here’s hoping that Oculus has some glove-smacking surprises in store!