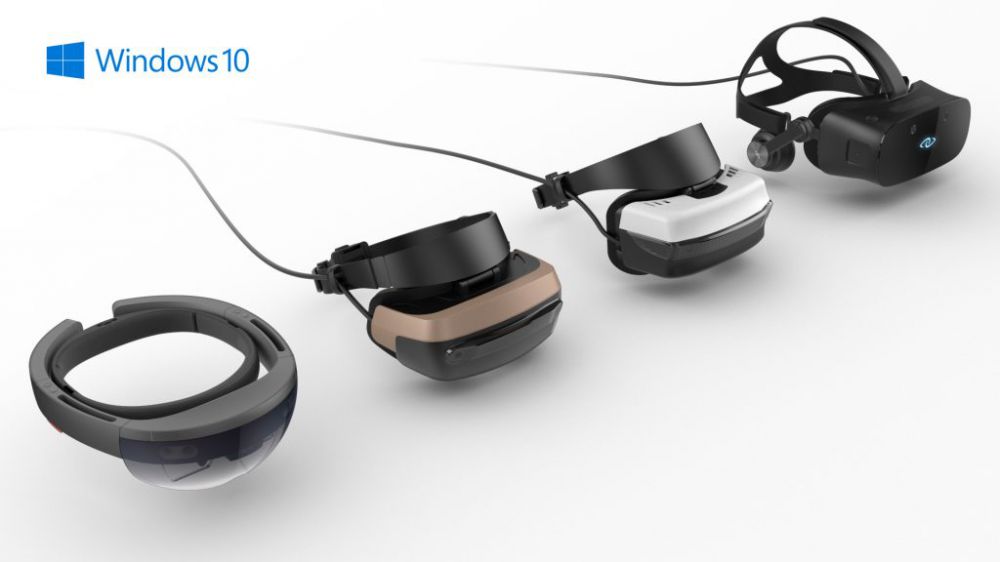 Tom’s Hardware ran a tremendous summary article of what Microsoft Holographic and Intel have planned for the not too distant future for virtual and mixed reality.

For us, the most important factors include:

Our analysis is as follows:

Tom’s Hardware states that there is going to be a huge difference between Microsoft’s 6DOF (positionally tracked) controller compared to Oculus’ Touch controller.  It’s unclear if this message was from Microsoft or from Tom’s Hardware.  If it was from Tom’s Hardware, we beg to differ.  A major advantage of nearly all of Microsoft’s platforms is the diversity of the support.  There is nothing unusually competitive for Oculus or HTC compared to any other current VR vendor with the exception of (possibly) resources.  Even if the Microsoft controller isn’t up to par, provided the core technology is practical and accessible, a third party that specializes in this kind of thing (Logitech?) could easily jump in.

Not sure what to make of the 60Hz versus 90Hz – 120Hz refresh rate specifications.  In the modern stereoscopic 3D gaming days, it was important to have a 120Hz refresh display because 3D shutter glasses reduced this to 60Hz per eye without headache inducing flicker.  VR panels don’t have shutter glasses, so 60Hz per eye is the end result.  The refresh rate becomes more important when moving around and spotting the transitions from one frame to the next.  The Oculus Rift DK1 and DK2 were based on panels running as low as 60Hz.  If this is mixed with a low persistence panel, it’s probably not a big deal at all – time will tell.

Inside-out tracking on the Microsoft Hololens was nearly flawless.  We say nearly because we had to throw a margin of error in there.  If these Microsoft / Intel solutions have similar results with their inside-out tracking, they will instantly reshape the concept of what VR and mixed reality can achieve in a convenient manner.

Our analysis is that there is no magic bullet as far as computer horsepower is concerned.  By reducing the base refresh rate to 60Hz for a 2160 X 1200 panel (the base model), the processing requirements drop from 233 million pixels per second to 1.55 Million.  If the high-end models run at 2880 X 1440 at 120Hz, the requirements jump to 498 million pixels per second.  Yes, things improve with technologies like asynchronous timewarp, asynchronous spacewarp, and reverse osmosis thought warp, but these are the breaks. 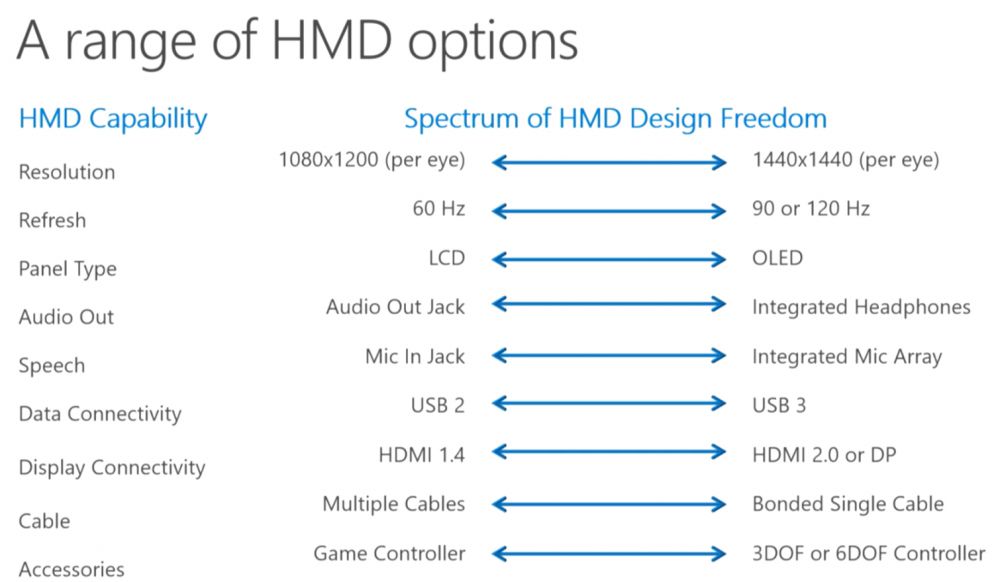 So what does this all mean?  This is just an analysis/expectation:

First, Microsoft has a competitive advantage that vendor support will be instantaneously diverse, interchangeable, and possibly ever changing.  The last one may be a disadvantage; we’ll see.

As the HMD hardware has no apparent magic bullet advantages that make it perform faster with less, we think the software will be designed to support far more rudimentary processing hardware with additional graphics quality options for higher end equipment.  It’s possible that mixed reality processing needs are less than VR because it only renders characters or items alongside the real world instead of eye filling landscapes required in virtual reality.  Therefore, comparing to the HTC Vive and Oculus Rift may not be a fair apples to apples comparison in the end.  If VR is the core variable, we think the computer requirements will still be the greater mass market variable than the HMD’s individual pricing alone.  If Microsoft / Intel hardware directly competes on the VR front in convincing fashion, then Oculus and HTC are going to have to explore ways to reinvent and differentiate themselves further.

That’s all we’ve got for now!  Got an opinion to share?  Are we on the ball or way off?  Share your thoughts below.