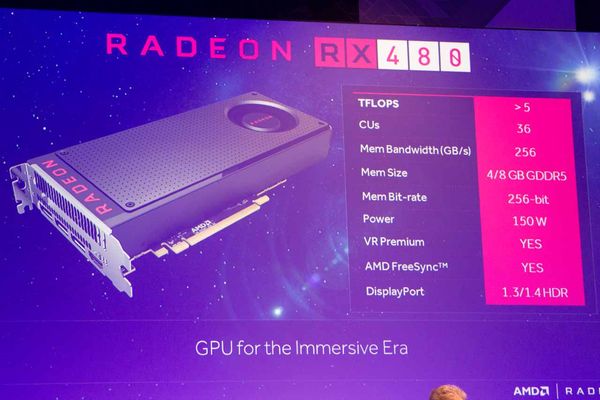 There is still much to learn about AMD’s paper-launched Radeon RX480 graphics card. Based on AMD’s new Polaris architecture, it delivers over 5 teraflops of computing power and features either 4GB or 8GB of GDDR5 RAM. What sets its connectivity apart from the rest is it includes HDMI 2.0b and Displayport 1.3 and 1.4 support with HDR (the first card to offer this). According to Tom’s Hardware, the unit runs at a quiet 150 Watts and delivers 1.7 X the performance per watt thanks to FinFET technology.

There is something more to be discussed here, and we’ll get into it in the next edition of Neil’s Messy Basement.