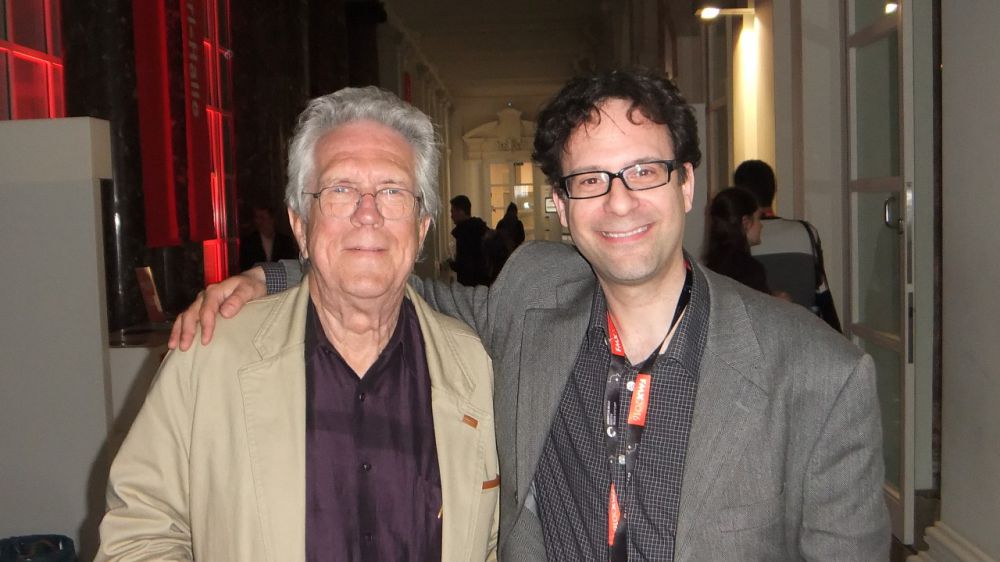 For those of you who don’t know who Richard Edlund is, he is the four time Academy Award Winner behind many of the visual effects and amazing camera work done in the first three Star Wars movies (A New Hope, Empire Strikes Back, and Return of the Jedi).  He was also Visual Effects Supervisor for Indiana Jones: Raiders of the Lost Ark.  Of course, this is just an abbreviated description of his work. 😉

Next time I’ll work up the courage to interview him.  Got to wow him with my 3D camera, though!

In the meantime, we have a brand new episode of Neil’s Messy Basement!  Today we talk about Oculus’ victory of having a million plus active Gear VR users in April (2016), we have a great interview with Pearson and their use of augmented reality in education, and finally share our opinions on Microsoft’s Hololens which we didn’t get a chance to try until now.  Very cool all around – enjoy!