By NeilNovember 10, 2015News
No Comments 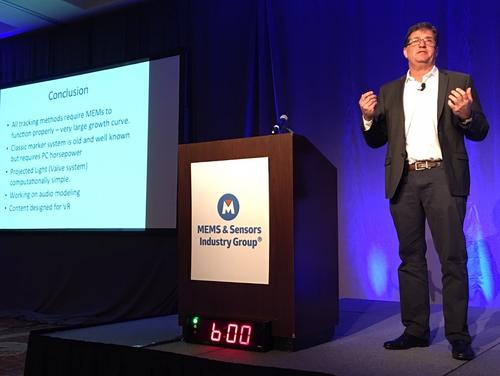 Jack McCauley was one of the Co-Founders of Oculus and served as Vice President of Engineering. His earlier design credits included Guitar Hero, Silent Scope, Grand Theft Auto, and more. His inventions included everything from the wireless video game steering wheel to the guitar and drum controller for Guitar Hero.
He recently left Oculus and now serves as President of McCauley Labs (MC), and is currently developing new VR headtracking technology which has a similar concept to that of HTC’s Vive, but is miniaturized and further enhanced with Microelectromechanical Systems (MEMS) technology. MEMS are loosely defined as the technology of very small devices, but they aren’t quite at the level of futuristic nanotechnology.

As part of his departure, he seems to be making all the right moves to honor his ethical obligations. First, he gave away all his earnings from the Oculus Facebook buy-out to charity. With his first real prototype expected in about a year, he’s kept his work outside company time.  Finally, and maybe it’s just because he can, he seems to be saying that he will give the tech away for free on condition that a portion of the profits go to his favorite charity. What that is hasn’t been publicized yet. Perhaps this is the real ethical dilemma which could easily set the groundwork for other charity-revenue based models. Is there a comparable for choices in technology and technology alone determining which charities get funded? This is probably more interesting an issue than the technology itself!

Learn more about his technology developments in this EE Times article.
No Comments