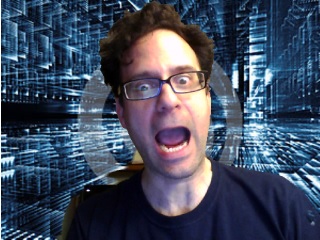 Neil Reacting to the Oculus XBox Controller in the Metaverse

All kidding aside, congratulations to the Oculus VR team for getting their CV1 announcement out there.  The Oculus Touch (Oculus’ Half Moon controllers) look promising, and I’m relieved they will have some kind of haptic features.  In fact, I think those controllers represented a collective sigh of relief for everyone!  The gesture control also sounds very interesting; I’m looking forward to seeing that demonstrated at E3 Expo next week.

Big progress on confirming that there will be standing experiences!  Brendan’s remark “you will be able to move around a little bit” sounded modest – maybe it was just done to satisfy their legal team.  The Crescent Bay demos seemed to show off a lot more flexibility than this, so I’m hopeful.

From a distance, the product looks polished.  Anyone who owns the wired DK2 mess can appreciate how much better this is.  A comment caught my ear, though.  When Brendan talked about the dinasaur, he mentioned that it would “swoop down and make eye contact with you”.  Is there a chance that Oculus has eyetracking in the works that hasn’t been announced yet, or is it a head-tracking extrapolation?  We’ll see! 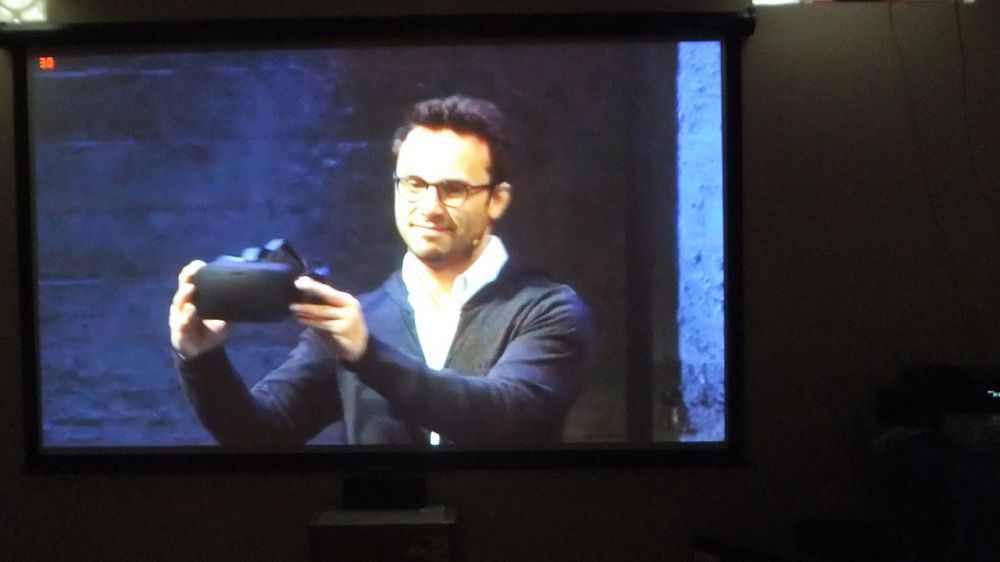 I’m very surprised that there are no forward-facing cameras.  It will be interesting to see if there is a USB connector and mounting bracket for add-on features that can be included later.

The relationship with Microsoft makes sense.  The XBOX Controller…less so; but that’s just me.  I don’t know how far the indie game developer program will get on $10 million; that doesn’t sound like nearly enough.  They can afford to bump that up, I’m sure!  I’m pleased to see there will be a several titles at launch, and we are looking forward to trying them out!

We’ll keep you posted on new developments as they come!