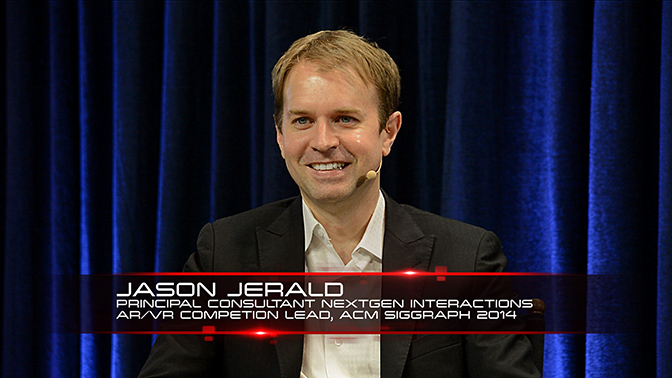 Jason has been involved in over 60 VR-related projects across more than 30 organizations including Valve, Oculus, Virtuix, Sixense Entertainment, NASA, General Motors, Raytheon, Lockheed Martin, three U.S. national laboratories, and five universities. Jason’s work has been featured on ABC’s Shark Tank, on the Discovery Channel, in the New York Times, and on the cover of the MIT Press Journal Presence: Teleoperators and Virtual Environments.

Jason is the author of the upcoming title, The VR Book: Perception and Interaction Design for Virtual Reality.

With thanks to an article contribution from SIGGRAPH 2015, today we have our interview with Dr. Jason Jerald!