Live Long and Prosper He Did 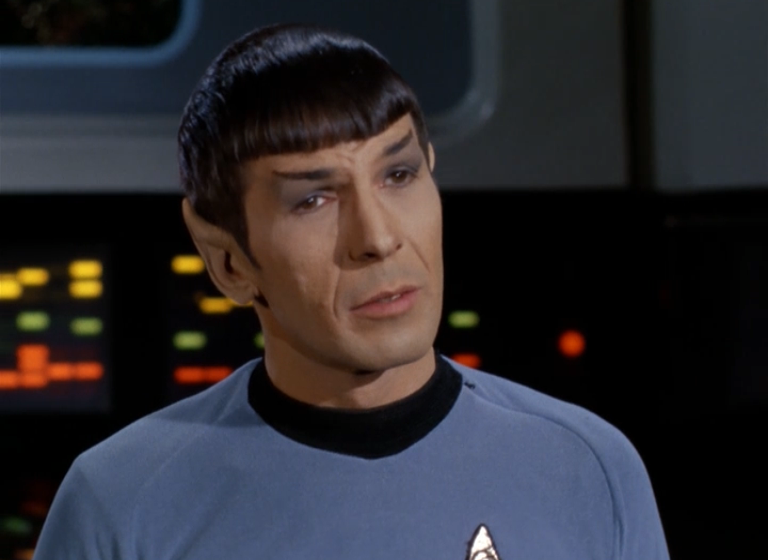 Terrible news for the Sci-Fi world today. Leonard Nimoy, better known as Mr. Spock, is no longer with us. For a character who was supposed to live life without an emotion, he really drew out the emotions of others and touched generations of people – even my infant son!

I love Star Trek and all its iterations. From elementary school through high school, I got up at 10AM each Sunday morning to watch the repeats in black and white – eventually in color (which made it a new experience all over again). I enjoyed watching it after school; every re-run as though it was a daily happening to relax my mind. The show’s age didn’t matter to me; the stories were just so entertaining and thoughtful, and I loved the characters. What programs exist in the world that can be watched over and over again from one generation to the next? There’s only 78 episodes!

In contrast, Pam, my later to become wife, called it “Bore-Trek”, and she regularly made fun of me for it. However, after waking up one morning, I found her voluntarily watching Star Trek on TV. She was caught, and no sharp tongued Ferengi was going to get her out of it. Now, whenever there is a Star Trek movie marathon, you could practically guarantee we’ve got our day booked! 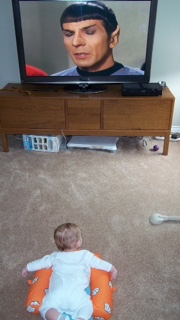 I’ll share with you one story that says it all. After my son DJ was born, he and I would make a habit each morning of watching Star Trek together. He’d be on his tummy, I’d be on the couch with my notebook computer – and it was our time while Pam was sleeping. He just seemed to enjoy it, and it was a welcome break from the children’s programming that is mind numbing to anyone over three months of age.

While I was traveling, Pam and DJ were at my mother-in-law’s house, and during breakfast, he was having a fit. My mother-in-law tried putting on Barney, Sesame Street, Mickey Mouse…anything that VHS and digital box could grab hold of. DJ was inconsolable.

Then Pam had an idea. She turned the channel to Space, Star Trek was on…and there was peace in the galaxy once more.

Looking at the world as it is with a seemingly endless supply of evil and disrespect for our fellow human being, I think a big part of Star Trek and what Nimoy brought to Star Trek is an ability to show us a vision of being amazing people and doing amazing things even if we are forever challenged with frailties like basic emotion. All this from a cancelled 60’s TV show.

Maybe I should be speaking more of Leonard Nimoy as a man versus him as a character, but Star Trek wouldn’t have been Star Trek without Leonard Nimoy. This is how I will remember him.

Our condolences go out to the Nimoy family, and all the people his work touched.