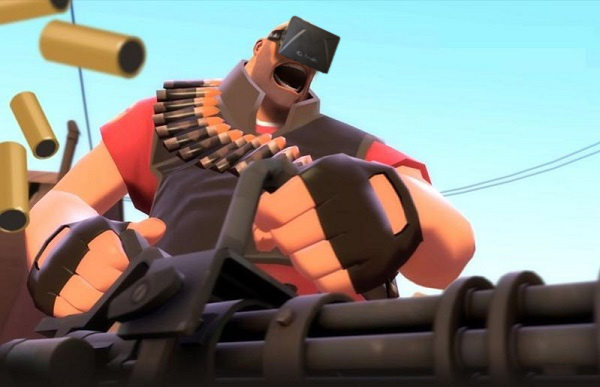 Now how cool is that?  Pretty darned cool!  Crossing our fingers that we get to see this thing…whatever it is.  There is an expectation that it’s an HMD, but who knows what cool things Valve keeps locked away in their garage.

In the meantime, we did notice something striking at GDC.  Sony Morpheus has talks, Oculus VR has talks, obviously Valve has talks…where is Samsung?

Problem solved!  During the ITA’s annual meeting, Samsung’s Alexander Chu will give a special guest presentation about the effecitve use of space in VR.  Most of the meeting is open to the public, and talks about everything from what open standards really are (according to the President of The Khronos Group!), to where the industry will be two years from now.  Just some of the companies and organizations involved include Electronic Arts, The Khronos Group, Siliconarts, ImmersiON-VRelia, Cubicle Ninjas, Jon Peddie Research, NextVR, VRvana…ok, you get the picture.

It’s with special thanks to sponsorship from The Khronos Group and ImmersiON-VRelia that this is all possible.  Looking forward to a great show!

Register now!  Space is limited.  Come about ten minutes early as refreshments will be served.