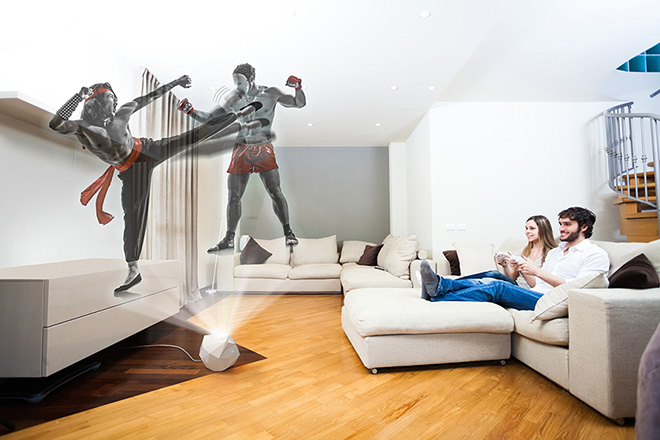 It’s a crazy world.  Thanks to some computer hacking, a few rude emails, and let’s face it – serious employee privacy issues – Sony has pulled “The Interview” from theaters.  Like the threats are going to stop by just pulling a movie from theaters.  If life were like that!
If North Korea really wanted to unleash some suffering on the American people, they should have just let the film play out in theaters because it apparently sucks very badly.  Imagine voluntarily spending a small fortune on a movie that sucks and being trapped in a dark room…watching it…for 90+ minutes.  Thank you North Korea!  We now have $50 we can spend elsewhere.

However, let’s talk about something that really shouldn’t continue without at least some kind of verification.  Several weeks ago, we ran an article…more than one article, actually…about Bleen.  A purported hologram device that brings the dream of a floating Princess Leia to life.  All we wanted was an independent confirmation that this technology exists or there is a proof of concept worthy of investment.  Nice try, but no cigar!

Bleen has raised $66,000+ from Indiegogo, and they get to keep it all upon completion.  There are less than 33 hours left before their campaign is finished.  We are very curious to see what happens when their campaign finishes.  Will Indiegogo step in?  Will everyone’s credit card get charged and hope for the best?  Is it an elaborate joke or social experiment (because those videos are very polished and expensive looking) that gets revealed on Monday?