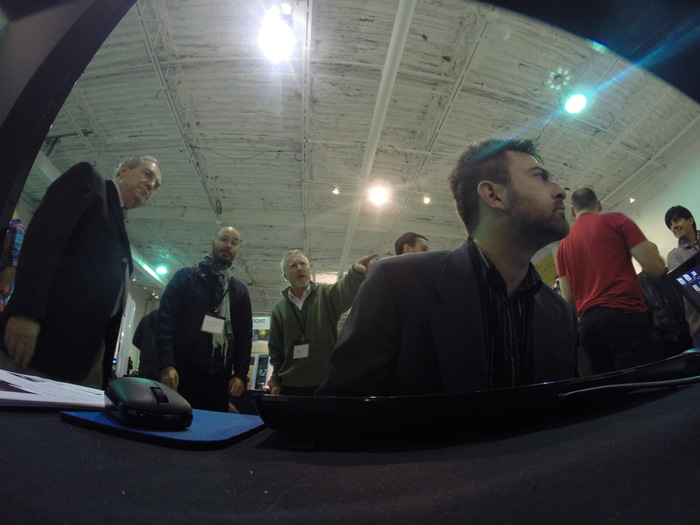 Dimension Technologies Inc. (DTI) has been making waves recently with their new glasses-free stereoscopic 3D display prototype. It’s a work in progress, but their goal is to offer stereoscopic 3D viewing without the trade-offs of sweet spots, resolution loss, cross-talk, glasses, etc. They were a big hit at Immersed and SIGGRAPH 2014, and are working on the next steps for the technology.

Call it a melding of minds at Immersed as Nvidia was impressed with DTI’s direction, and in addition to confirming future support with Nvidia 3D Vision, they invited them to be a technology showcase exhibitor at the GPU Technology Conference via the Emerging Companies Summit (ECS) on March 18, 2015.

The Emerging Companies Summit is where Nvidia showcases the best in visual computing innovation, so this is a big kudos for DTI with hopes that it will get them one step closer to getting their innovations on the market.