The Most Interesting Man in the World Indeed! 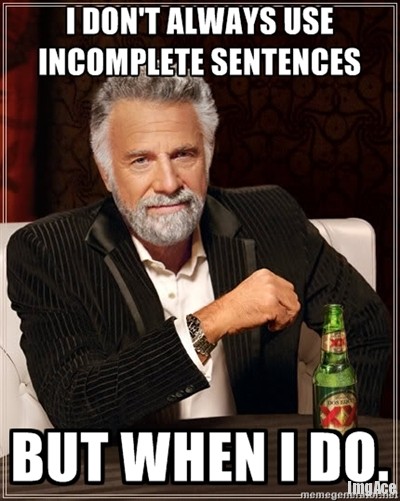 This is EASILY the most interesting story we’ve seen in awhile.  Mashable reports that the Dos Equis icon The Most Interesting Man in the World played by actor Jonathan Goldsmith is the lead role in a new Oculus Rift VR “experience”.  Developed by the VR mavins at Dos Equis, it will be on display at the bar for festival attendees in the Southwest this week.  The three-minute ad turns you into an attendee of a chi-chi party in which you, the viewer, are seated in a well-appointed living room waiting for our favorite guest of honor to show.

Similar to real life, a few women flirt with you, a leopard enters the room, and finally…you guessed it…the most interesting man in the world starts to talk to you.  YOU!  It turns out that YOU are the guest of honor.

The MTBS team is a HUGE fan of the Dos Equis campaigns.  We don’t always drink beer, but when we do…it’s virtual! 😉