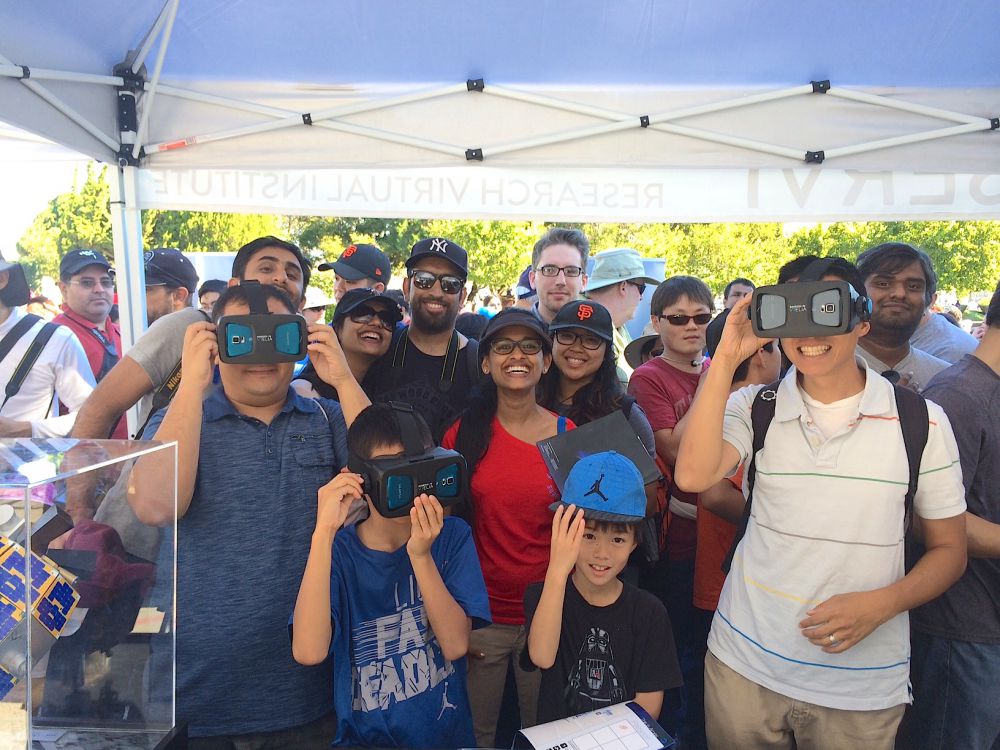 So this turned out to be a very cool event!  To showcase the new GO HMD add-on for smartphones, ImmersiON-VRelia held a special demonstration at NASA’s 75th Anniversary Open House.  Featuring as much as 120-degee field of view and per-eye focus, they set out to provide a winning demo to showcase mobile virtual reality.

Who better to help impress than NASA themselves?  We finally learned what “datasets” are.  It turns out that the Mars Rover as been capturing the topography of Mars with laser scanners, and based on the math collected, they were able to recreate the result in a virtual solid form.  Using different source data, they were able to do something similar with the moon.

It’s not just about walking along the surface of Mars or the moon; you also get to enjoy a flyby too.  They also had accurate renders of the International Space Station – though you couldn’t go inside, of course.  That would have been some trick!

All the content was served through ImmersiON-VRelia’s Alterspace metaverse software.  Very cool!

We haven’t seen the demonstration in person yet, but it’s very clear that the viewers had a lot of fun, which is just what we want to see when people wear an HMD for the first time.  ImmersiON-VRelia will be speaking and exhibiting at Immersed in November.