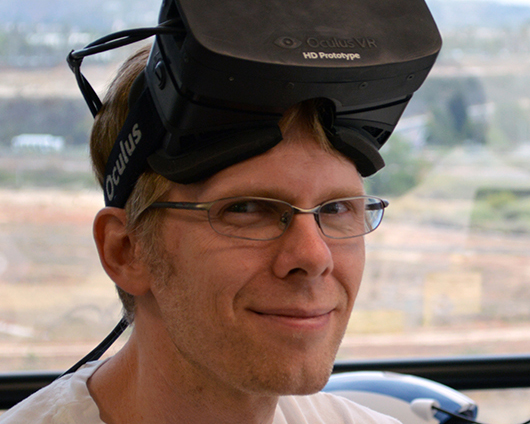 A story broke last week that Zenimax is claiming that John Carmack inappropriately took IP and know-how to Oculus VR that they consider owned by them.  As shared by Engadget, this is the official statement by Zenimax:

“ZeniMax confirms it recently sent formal notice of its legal rights to Oculus concerning its ownership of key technology used by Oculus to develop and market the Oculus Rift. ZeniMax’s technology may not be licensed, transferred or sold without ZeniMax Media’s approval. ZeniMax’s intellectual property rights arise by reason of extensive VR research and development works done over a number of years by John Carmack while a ZeniMax employee, and others. ZeniMax provided necessary VR technology and other valuable assistance to Palmer Luckey and other Oculus employees in 2012 and 2013 to make the Oculus Rift a viable VR product, superior to other VR market offerings.

The proprietary technology and know-how Mr. Carmack developed when he was a ZeniMax employee, and used by Oculus, are owned by ZeniMax. Well before the Facebook transaction was announced, Mr. Luckey acknowledged in writing ZeniMax’s legal ownership of this intellectual property. It was further agreed that Mr. Luckey would not disclose this technology to third persons without approval. Oculus has used and exploited ZeniMax’s technology and intellectual property without authorization, compensation or credit to ZeniMax. ZeniMax and Oculus previously attempted to reach an agreement whereby ZeniMax would be compensated for its intellectual property through equity ownership in Oculus but were unable to reach a satisfactory resolution. ZeniMax believes it is necessary to address these matters now and will take the necessary action to protect its interests.”

Please find below the Oculus response to Zenimax claims shared with the media last week. This is the only response Oculus will be providing at this time:

We are disappointed but not surprised by Zenimax’s actions and we will prove that all of its claims are false. In the meantime, we would like to clarify a few key points:

We wish to highlight that Meant to be Seen did not request the above statement and have not been pursuing this story at all – it’s only being shared here for completeness directly from a valid source.  MTBS is the consumer arm of The Immersive Technology Alliance, and this development isn’t our business nor will we be taking sides on this matter or analyzing the validity of either position.  This just seemed like something Oculus VR wanted to communicate via official email – so here we are.  As with any industry, all kinds of court developments will likely appear as this market matures – it’s the natural way of things.  Unless the alliance’s membership compels us, we have no plans to comment or share opinions on this matter outside the facts that are presented to us via press release or unsolicted direct email.  To do otherwise would be a distraction from our core mandate which is to make immersive technology successful at an industry-wide level.  Thank you for your understanding.