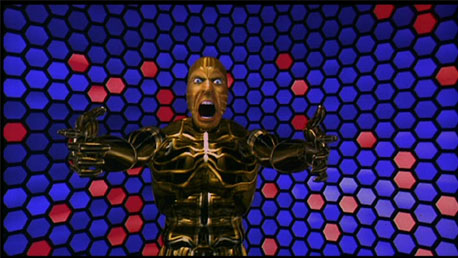 We are pleased to announce that Lawnmower Man has joined The Immersive Technology Alliance!  So you guys better show up at meetings!

“We produced Lawnmower Man during an era of $10,000 HMDs, but envisioned a time where affordable technologies enabled global access to positive and socially valuable immersive computing and entertainment. That time is NOW, and we are proud to join The ITA to help usher in this new era” – David Traub

David Traub is Principal of Epiphany Film Fund, and was personally responsible for producing the on-display graphics work in the Lawnmower Man; the 1993 science fiction movie that introduced VR to the global audience.

“Immersive technologies like VR covers a broad range of verticals and challenges that are too numerous for a single company to do everything. The ITA provides the opportunity for members to collaborate, learn, and benefit from each other in an open forum that welcomes all representatives with equal validity.” – Dr. Jason Jerald, President of NextGen Interactions.

Dr. Jason Jerald’s most recent work includes developing a VR game that was shown with the Virtuix Omni on ABC’s Shark Tank, development with Valve Software on porting Left4Dead2 to a VR system that was featured in the New York Times, consulting for Oculus VR, and serious game development with Sixense Entertainment.

In case you missed it, ITA member Jespionage Entertainment is the partner developer of VR Chat – one of the most popular VR chat services available today!  They are also the creators of SnowDrift in VR.