MTBS is not a political site in the least, but when it involves one of our own, it certainly hits close to home!

YuriyTheBest is a longtime MTBS member. More than that, he’s a positive influence with the 3D and VR communities, and his work has even touched on products like YouTube3D. 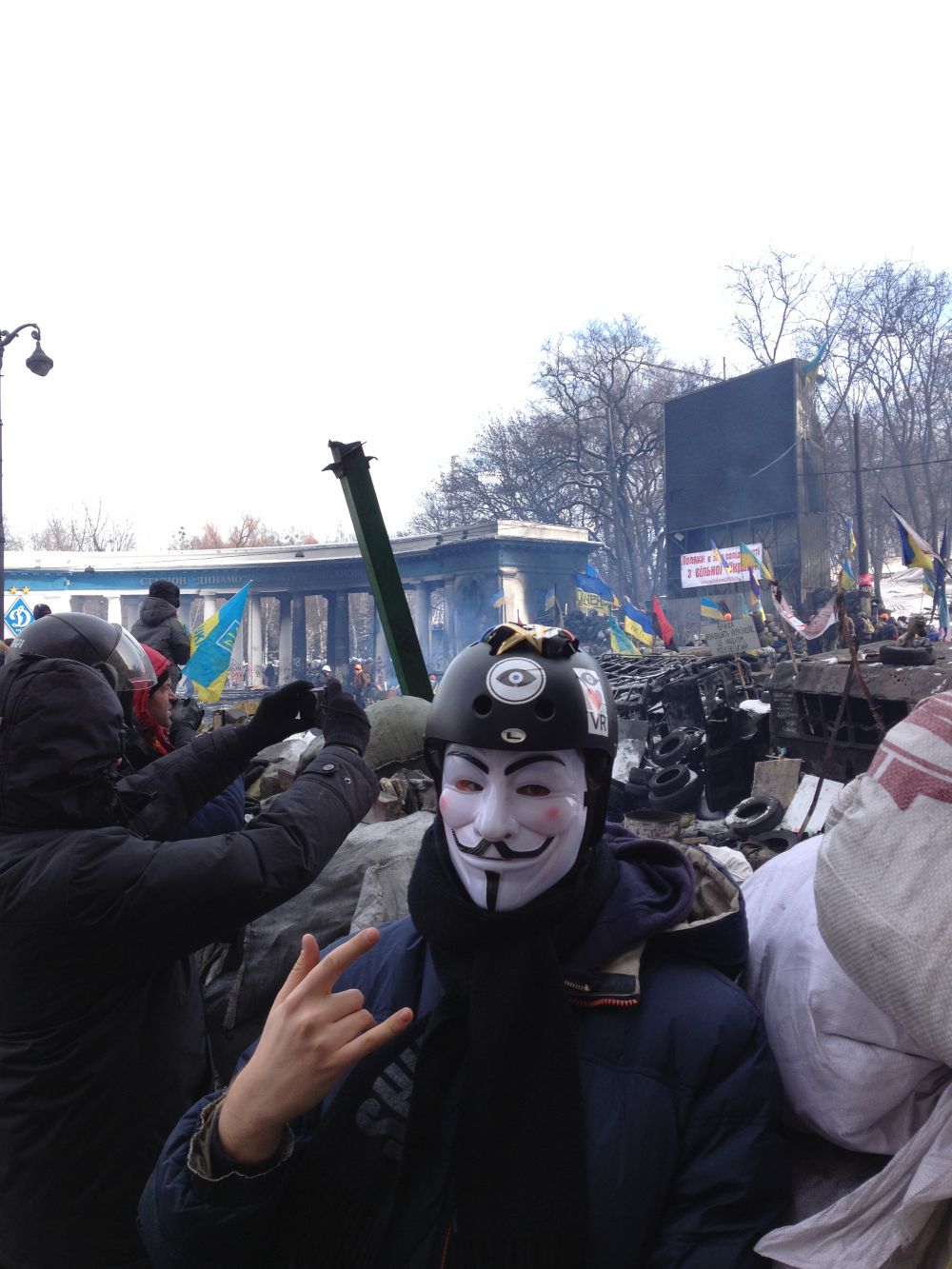 With the recent uprising in the Ukraine (and developments continue to unfold), we were very concerned for Yuriy’s well being. We hadn’t been able to reach him for days via Skype or email. Thankfully, Yuriy Skyped us this morning, and we are relieved to report that all is well.

Yuriy explained that he is not a political activist, he is not involved with the uprisings, and he doesn’t have an opinion for either side. We were surprised to see him pictured at Kiev’s Independence Square where all the violence is/was happening, but Yuriy tells us it’s relatively safe and quiet 99% of the time, which is when the picture was taken (you can see others taking pictures too).

When asked about the mask, Yuriy explained that “the people in those protests did stuff like throw rocks and molotovs at riot police, were labeled terrorists, etc. and you could easily have be(en) charged with stuff like that”.