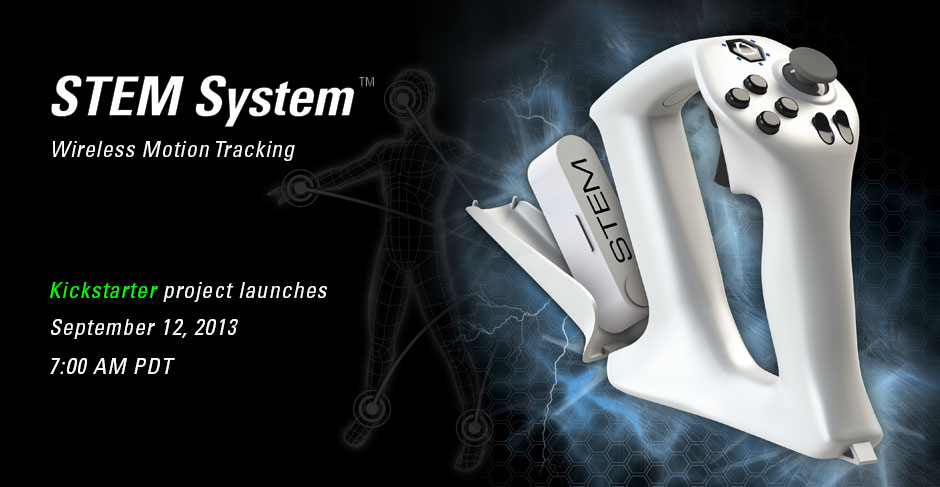 Not looking at all like their previous render, Sixense has announced September 12, 2013 as their official Kickstarter launch date for their next innovation in hand and body control peripherals.

Their IP was previously licensed in the Razer Hydra, and this next iteration under the Sixense brand name will feature a much wider detection area, wireless controls, and up to five simultaneous motion trackers that among other things, can be used to enhance other third party devices and peripherals.

Perhaps most exciting is the ability to add positional tracking to VR experiences.  For example, an Oculus Rift on its own can only detect head movement, but with the help of a Sixense STEM System, there is now potential to have body positioning detected to further enhance the VR gaming experience.

Sixense describes their software as an “open” platform, and that “Developers will be free to create content with virtually no restrictions, and to embed STEMs for tracking of their own peripheral or wearable devices, such as swords or head-mounted displays.”

Exciting stuff!  Definitely something to keep tabs on.