It’s been a big news day in the Virtual and Augmented Reality markets today. First, do you guys remember a company called Meta-View? Founded by Meron Gribetz, Meta-1 is promoting itself to be the first fully functional augmented reality software development kit. Tenured AR experts will immediately recognize the prototype as Epson’s Moverio glasses mixed with a stereo camera and Meta-View’s software magic. This is not an indication of what the actual hardware will be, but it’s the off-the-shelf parts that were used to make this early mix work.

Before the world drools with what they see in the videos, let’s be clear. This is a vision for the future, the graphics shown are all CGI, and this just doesn’t exist yet. However, all worthwhile products start with exciting visions, and this has promise. Their first milestone was beating their Kickstarter goal in a matter of days, and have already raised $105,000 with more on the way.

The next feather in their cap was to nab Dr. Steve Mann as their Chief Scientist. MTBS actually introduced Steve to Meron Gribitz at the Level Up event a few months ago and it’s good to see that he enjoyed trying the AR prototypes Meron brought up special for the event. For those unfamiliar, Steve Mann is regularly credited as the father of wearable computing and was doing Google Glass long before Google. We have an in-depth 3D inverview with Meron Gribetz from Level Up. We’ll get it up soon enough. 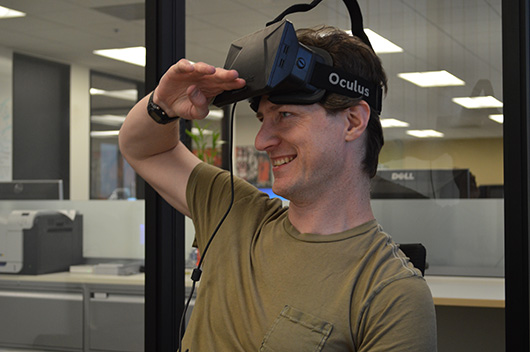 In the VR front, Oculus VR added Tom Forsyth to their employee roster. Tom formerly worked for Intel and RAD Game Tools. Tom’s most recent credit was with Valve where he was working on Team Fortress 2’s VR support with Joe Ludwig and Michael Abrash. Tom’s core responsibilities will be the Oculus SDK and development of future Rift tech. 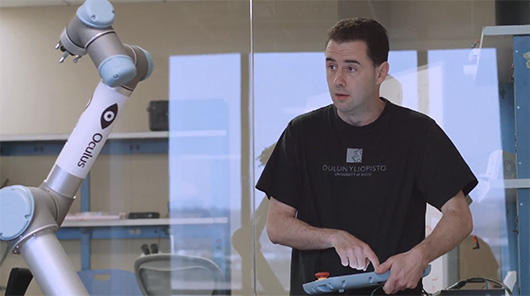 Finally, Dr. Steve LaValle, a respected researcher in the areas of robotics, sensor fusion, planning, and control from the University of Illinois, Urbana has joined Oculus as their Chief Scientist. Excellent!

For those tracking Vireio Perception, there is a lot of innovation cooking well beyond what has been publicized so far in our development forum.  Getting close, so stay tuned!