Sorry for being so late to the party. The MTBS team was traveling and getting set to make some announcements. In the meantime, here are some of the big stories which are very popular in our forums right now.

The first bit of news (or belated news) is that Doom 3 is NOT getting included with the Oculus Rift SDK. MTBS actually knew about this some time ago, but we wanted to leave it to Oculus to announce and make preparations for. They obviously did a great job because Rift owners are getting a choice of either Steam or Oculus Store credits in the place of Doom 3. Given the immersive nature of the Rift, and the scariness of Doom 3 in 3D, there were fears that early VR coronaries could stifle Oculus’ sales in the near future. Half kidding, of course. Don’t panic! MTBS members already got the source code on Github and are working on getting a community version working. 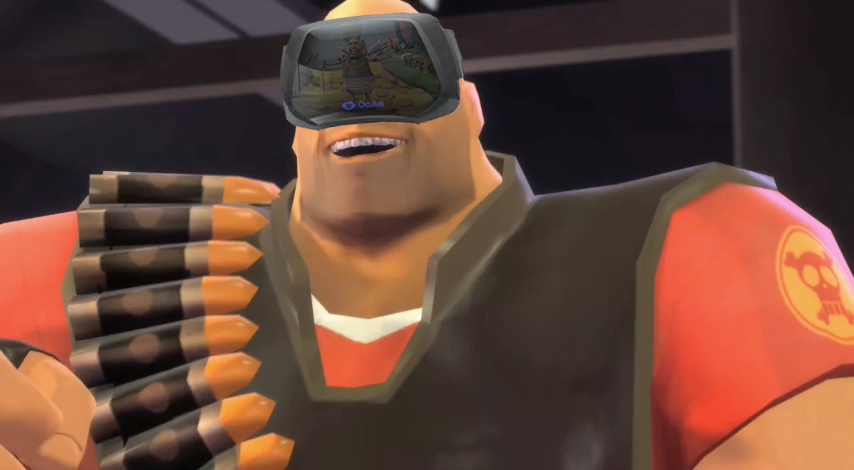 Credit goes to Engadget and RoadtoVR for nabbing the story about Team Fortress 2 getting enhanced with an Oculus VR enhancement in time for launch. Engadget gave TF2 a lukewarm reception in VR because it wasn’t really designed for that purpose and doesn’t truly benefit from the Rift’s unique features. The bigger story is that Valve and Oculus VR are in a strategic relationship whereby Valve is investigating the software end for future titles, while Oculus is providing the hardware to work with. Cool! TF2’s Oculus Rift patch has already been released.

More stories to come.  Had to break things up!