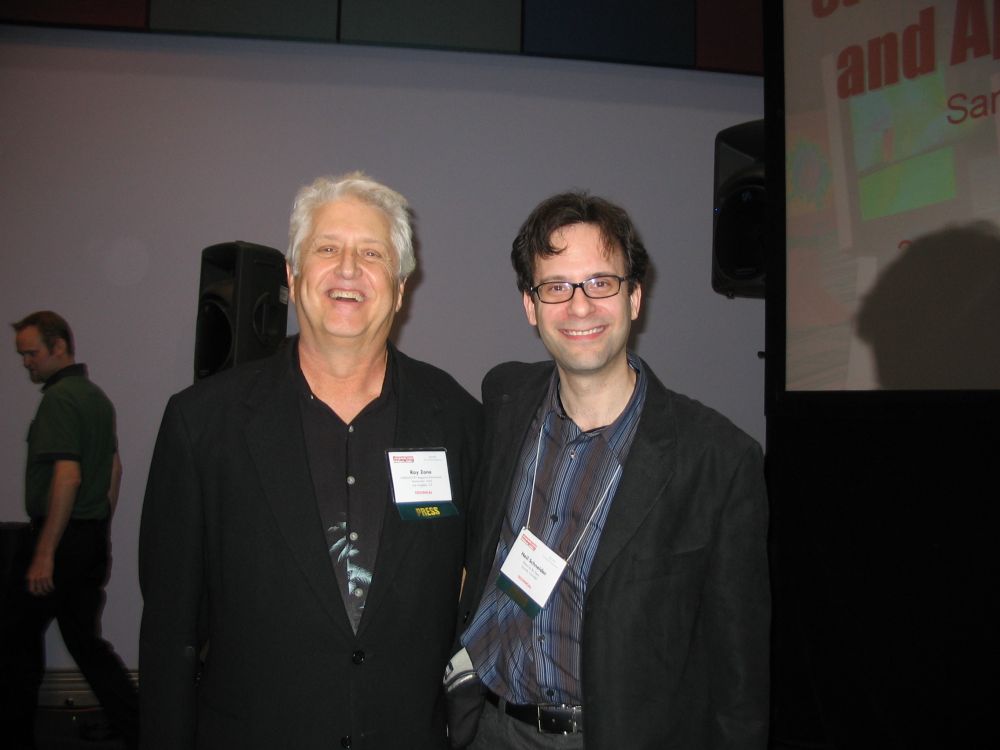 It’s with great sadness that MTBS reports the passing of Ray Zone.  Over the course of years, MTBS has met all kinds of 3D professionals in the film and gaming industry, and Ray Zone was definitely one of the most memorable and passionate.

As an author, 3D movie producer, and award winning 3D artist, Ray’s work speaks for itself.  For me, I count myself lucky to have benefited from his mentoring style, his true enthusiasm for stereoscopic 3D technologies, and his genuine warmth as a person.

Where others were motivated by the mighty dollar, and their entries and exits from the industry began and ended there, Ray Zone had a sincere excitement for 3D and what the technology is capable of long before it turned into a commercial venture.  I think this is why he commanded the respect that he did.

A story I could share about Ray took place at the 2009 Stereoscopic Displays & Applications Conference.  3D was very fresh, Obama had just taken office, and the world was the industry’s oyster.  It was an entrepreneurial time, and there was a sincere excitement for where things were headed.

After the day’s activities, I was invited to join the 3D pioneer’s table with my wife.  This wasn’t a real table, it’s just a tradition at each SD&A conference for this small group of people to get together for dinner.  The circle included Ray Zone, Bernard Mendiburu, Lenny Lipton, and Perry Hoberman.  Could you imagine how honored I felt to be in the company of these people!

During the dinner, Ray told a story of how someone falsely made a claim about coming up with the first 3D tattoo, and that you have to be very careful about saying that something is “first” because chances are it isn’t.  The next day, I moderated the conference’s last panel which featured DDD, iZ3D, Nvidia, and Lightspeed Design.  During the presentation, I quipped that we were the first to do it.  I wish I could convey the smile that appeared on Ray Zone’s face, because he quietly knew I was joking with him, and he immediately got it.

After the panel, Ray was clearly excited by what he saw, and I was very flattered when he came up to tell us.  At SD&A, I really thought of myself as a little guy surrounded by tenured giants, and it just meant a lot coming from him.

The last time I saw Ray was at the 2011 3D Entertainment Summit.  As down to earth as ever, we caught up, he shared some ideas he had around 3D gaming, and it was always good to see that welcoming smile.  Ray and people like him are what make this industry tick, and it’s a big loss both professionally and personally.

Our condolences go out to Ray’s friends and family.