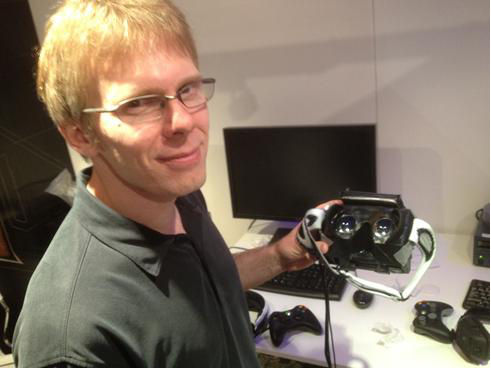 Word’s out that Doom 3 BFG is slated for release on October 16th, 2012 in North America and Europe on October 19th, 2012.  The bundle will include seven new “Lost Mission” levels, and the whole game with expansion pack has been remastered with stereoscopic 3D support, 5.1 surround sound, and HD graphics.

Sadly, despite John’s best efforts, the HMD’s true inventor (our very own Palmer Lucky) still isn’t getting the credit he deserves!  Perhaps for fun, they should call it the Palmculus Rift, so journalists will be forced to ask the question “how the heck did you come up with that name?!?”