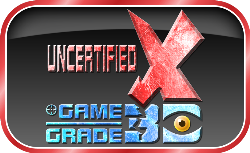 “As a tech journalist who has written articles about stereoscopic 3D hardware and software, I can say from firsthand experience that it’s a complex subject.  I’ve seen credible websites post misinformation caused by a lack of understanding, and I think all journalists would benefit from a standardized and objective method of comparing these solutions.” – Don Woligroski, Senior Editor & Technology Reviewer.

Indeed!  A major problem that has been holding 3D back is there really hasn’t been a very good relationship between 3D technology enablers and technology media.  Sure, there are press conferences, press events, press dinners, and press interviews, but what role have the media played in actually shaping the 3D industry?  How much better could 3D be if everyone was on the same page as to what 3D Ready really meant and how to test for it?

Problem solved!  The S-3D Gaming Alliance (S3DGA) along with its industry and press membership, are forming a Press Steering Team to develop standards around testing and reviewing 3D products in the media.  MTBS’ GameGrade3D is a starting template for PC gaming that will be further discussed and ratified, and additional options for other types and classes of 3D products are in development.

“Testing standards are a critical step in the evolution of stereoscopic 3D for gaming.  With a clearly defined way of measuring 3D hardware and software, developers will be able to improve the quality of their games and players will be able to make informed decisions about what to buy.” – Philip Harris, Group Technical Director at EA Sports (Electronic Arts Canada)

Ideally, the same way there are standardized benchmarking tests for 2D game performance, there will be similar tests for stereoscopic 3D gaming quality assurance and performance on all platforms, and the specifications will be determined jointly by industry and reputable media outlets.

“The video game industry is rapidly changing with new forms of entertainment and new technology like stereoscopic 3D displays.  Digital Extremes is at the cutting edge of this transformation, and groups such as S3DGA help us understand and assess the opportunities and challenges as we take our games to the next level.  Digital Extremes is proud to be a member of The S-3D Gaming Alliance.” – Michael Schmalz, CEO of Digital Extremes.

For those unfamiliar, Digital Extremes is developing the latest Star Trek game with 3D support, they were one of the developers behind Bioshock 2, and they were the birthplace of Unreal Engine.  The S-3D Gaming Alliance is excited to welcome them as a member.

S3DGA’s Press Steering Team will help make 3D gaming better by ensuring that customers are fairly informed about 3D product capabilities, and by jointly defining a measuring stick for game developers and technology enablers to follow – without infringing on artistic choice or personal opinion.  The best part is this is being driven by a non-proprietary and non-profit organization.  Please help the effort by encouraging your favorite 3D product makers to participate.  We think this is a major opportunity for 3D gaming, and we hope you agree.