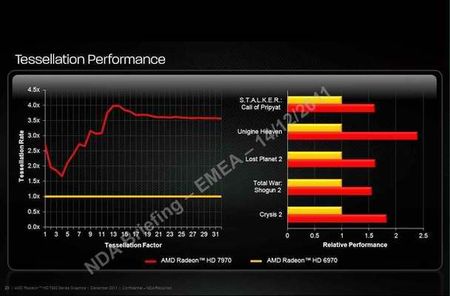 AMD continues to make headlines with leaked specifications for their upcoming 7900 series GPUs.  According to Tom’s Hardware (whose data is sourced by Turkish site DonanimHaber), AMD has tested their new GPU to be 1.5 times faster than the 6900 with tessellation performance. 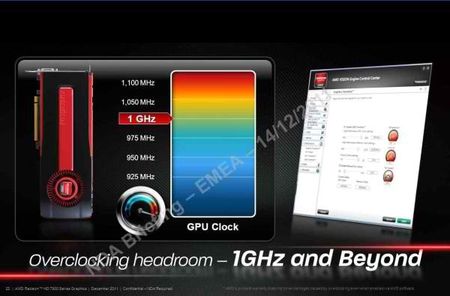 While the reference clock speed isn’t listed, AMD is laying down a “1Ghz and beyond” gauntlet for the performance hungry overclockers out there.  As MTBS has never been one to promote hearsay, we will be getting our hands on the new cards when available, and look forward to benchmarking them from an S-3D gamer’s point of view along with other solutions in the market.

The past month has been good for the red team with long overdue CrossFireX support with stereoscopic 3D drivers and games, and now a promising round of GPU technology.  Will there be more surprises for 2011?  We’ll have to wait and see!