For gamers who were frustrated by the string of anti-3Dism which was prominent last week, worry not!  The week begins with an announcement by Viewsonic and Nvidia of their new V3D245 24” stereoscopic 3D monitor. 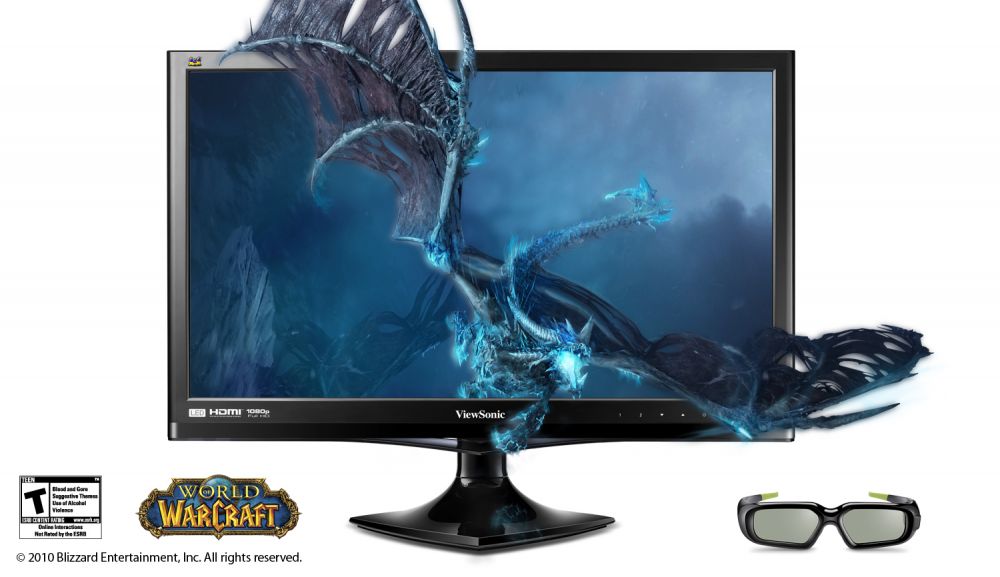 The display comes with Nvidia wireless glasses, so extra add-ons aren’t required.  While AMD graphic cards should work with this display at reduced resolution – because of the limitations of HDMI 1.4 in 3D – it’s best to have an Nvidia GPU when making the purchase.   Visually speaking, the display features 20,000,000:1 dynamic contrast ratio and 300 nits high brightness.  The monitor is expected to sell for $499 US or less, and will be available by mid to late August.