Some interesting news out today.  With an expected release date towards the end of June, Nvidia has announced plans to release an inexpensive $99 version of their GeForce 3D Vision glasses. 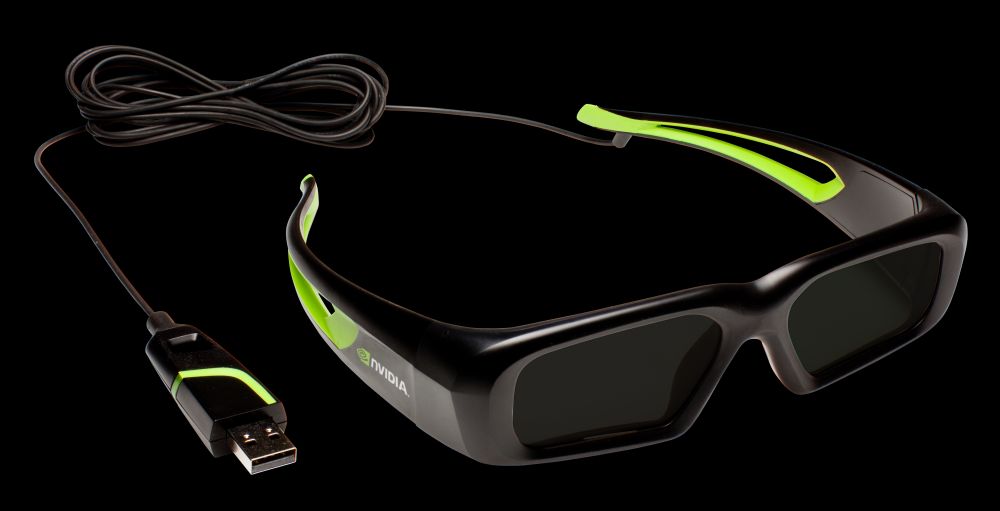 We haven’t sampled a pair yet, but the big difference is that these units are wired rather than wireless (which are only $50 more, by the way).  To make the glasses more comfortable, the frame is more flexible around the ears.  For those concerned about a price versus image quality relationship, the lenses are identical to what Nvidia has been marketing until now.

There are some byproduct advantages to wired 3D glasses.  First, the wired versions include compatibility with portable security devices – so glasses theft will be greatly reduced from retail and LAN party environments.  The synchronization is also getting taken care of through the USB port, which means the glasses won’t strangely go blinkety-blink-blink when there is more than one pair of 3D Vision glasses in the room (caused by IR interference).

During MTBS’ press briefing, we asked about the occasional synchronization issue with the 3D Vision glasses where they occasionally lose synch with the odd frame here and there.  Would there be a difference between the wired and wireless versions?  According to Andrew Fear, Senior Product Manager at Nvidia,  the 275.XX GeForce 3D Vision drivers have already rectified that issue, and it has nothing to do with whether or not the glasses are connected via USB.

In our opinion, when all is said and done, it comes down to pricing strategy.  At $99 a pop, it’s only $50 away from what tenured 3D gamers paid for their first LCD shutter glasses on eBay with the added bonus of true software support (from Nvidia).

With the display industry moving towards standardized 120Hz and polarized displays, it no longer makes sense to market shutter glasses for $250 a pair.  The bigger financial opportunities are likely accelerated performance hardware sales (thanks to power hungry 3D gamers), improved content sales (by 3D gamers looking for 3D content), and mass market bundling (software/hardware licensing with vendors).  These advantages equally translate for AMD and Intel, which explains why they don’t care so much about making money from 3D glasses, and are more interested in content and 3D technology enabling relationships (e.g. DDD, iZ3D, etc.).

The exception to the rule will be 3D glasses or 3D displays that are obvious improvements over the status quo.  When will we be seeing product releases or announcements like this?  Not sure…maybe mid-summer?