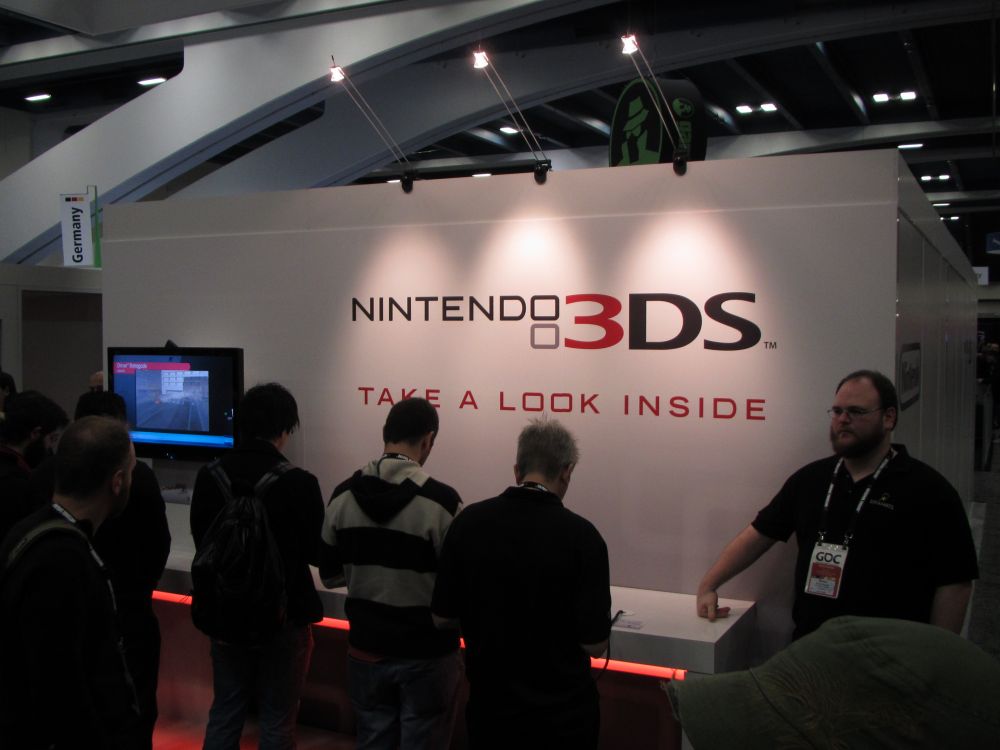 So far it’s been pretty cool.  I’ve played with them at E3 last year and at GDC this year, but it’s different to have my own!

The photo “mii” maker is cool, and it did a pretty good job making a likeness of me automatically.

The one game I got with it is “Pilot Wings Resort”.  With the 3D slider all the way up it really does have surprising depth.  The game itself is pretty simple (so far at least) but it shows off the 3D very well and actually seems to be a pretty good trainer in terms of learning to hold the 3DS and maintain the 3D image while playing the game.

The wireless works with WPA protocol which is great because I don’t have to adjust my router to let it use the network like I did for the DSi to use WEP.  However, older games based on DSi will need the standard DSi connection.

Upon install, there was a system update available, but so far it’s unclear what it added except a “3D Ok-Go” video.  Other features like the Internet browser and 3D video recording will need a future update.

The built in cameras for taking 3D photos is cool and they give you a 2GB SD card so moving them onto my PC was super easy.  It’s awesome to take a few snapshots, copy them to the computer, and look at them on a really big display…like my Acer H5360 3D projector!

I’m going on a road trip right now, so I look forward to sharing more when I get back.

Thanks Kris!  Our own Cybereality is getting ready to share his own Nintendo 3DS unboxing video shortly.  Will update as soon as we can.