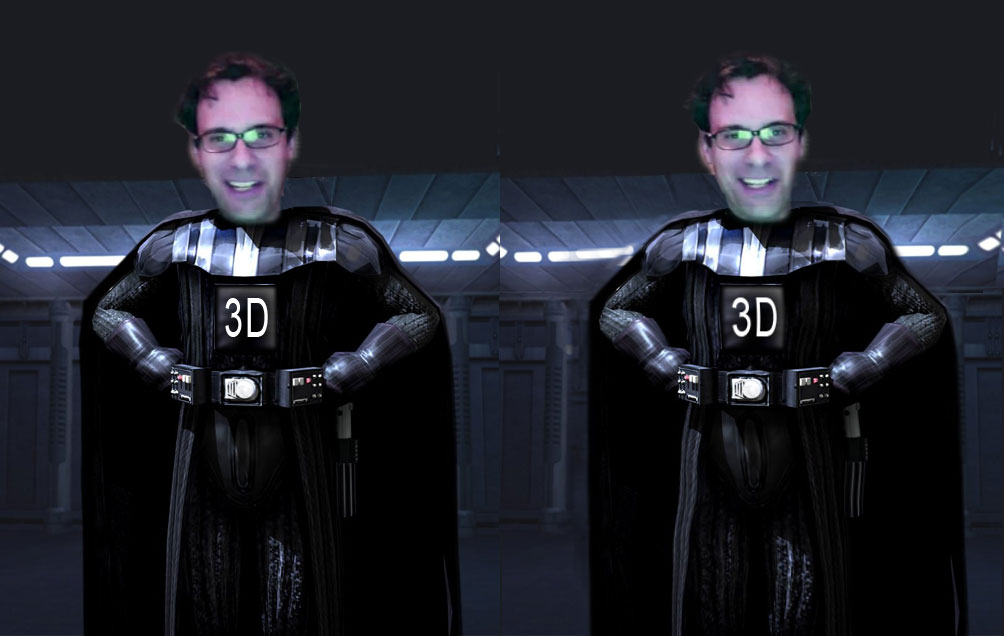 “My friends call me Darth.”

In an effort to fend off the dreaded “monoscopers”, MTBS’ CEO has learned the ways of the force.  Well, sort of.  A little green guy with a cane took Neil’s money, claimed he would teach him a few things, and ran off laughing and screaming “April Fools!  April Fools!”.  It has since dawned on us that this “force” thing doesn’t actually do anything, and maybe this was all a prank.  Well, the costume is pretty cool, yes?  Courtesy of YuriyTheBest!

To help celebrate April Fools, we have a special guest writer today!  Andrew Oliver is the CTO and Co-Founder of Blitz Games Studios.  Blitz earned a lot of recognition for releasing Invincible Tiger: The Legend of Han Tao.  Invincible Tiger is the first modern console game (XBOX, PlayStataion3) that supports modern stereoscopic 3D solutions like 3D HDTVs and monitors.

Andrew talks about stereoscopic 3D on PS3, Nintendo 3DS, and where things are headed for the inudstry.  Lots of fun.  Be sure to share your comments at the end of the article.