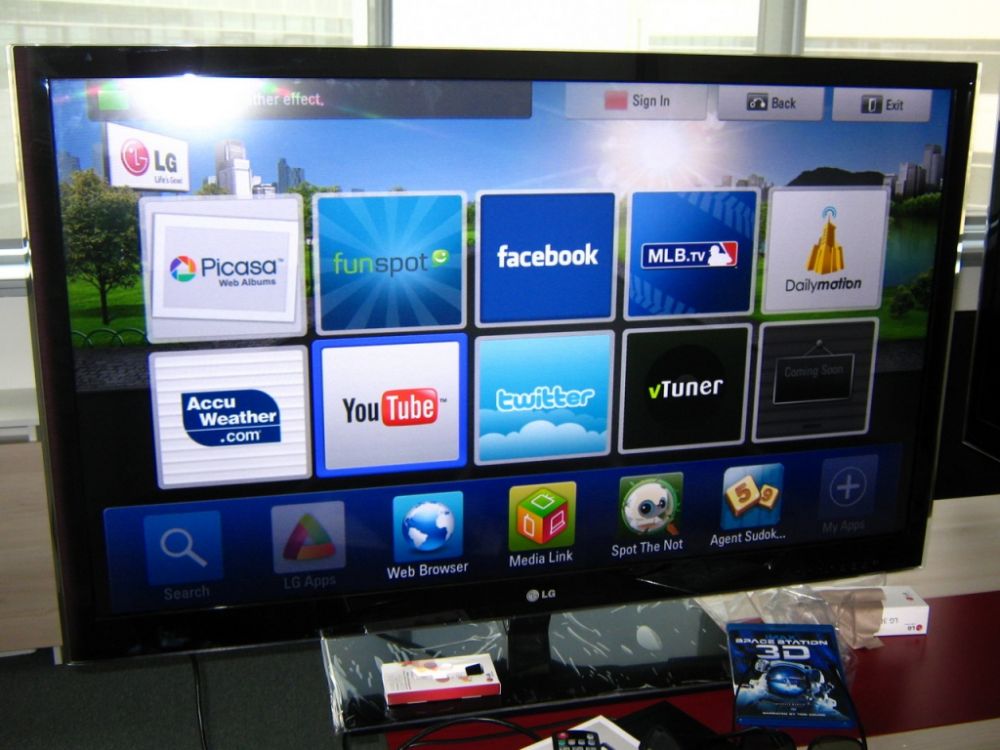 This is a review of the 42″ LG LW5500 passive Cinema 3D LED TV.  First off, the TV looks pretty good as it’s not one of those generic looking cheap TVs.  It’s got touch buttons on the front, and plenty of connections available from USB to HDMI.  It’s also got an HD tuner and 2D to 3D conversion functionality.

It came with two pairs of glasses, which were, of course, light as they are passive.  Some of the menus are somewhat cumbersome to use without LG’s magic remote, which I did not have, so that’s a minus.  However, the visual quality is, at least to my experience, very good for its price range as It’s not hugely expensive either.  The 3D is pleasant to watch with LG’s passive technology even if the glasses don’t fit on everyone equally well – but at least they’re light weight.  Clip-ons offer the best 3D viewing for regular glasses wearers.

I had two problems with the TV. The first one was that LG’s DLNA implementation isn’t very good, and it failed to find my DLNA servers on a consistent basis.  I tried Serviio and a bunch of others, and I only got it to work once or twice out of the hundreds of times I tried.  The PLEX media server partially makes up for this because it worked reliably, and it can replace DLNA.  The problem was that the PC I was running the server on wasn’t powerful enough to process HD quality video on the PLEX, which is why I needed DLNA in the first place.  Also, PLEX does not support all the available video & audio formats, and there’s no way to transcode them on the fly.  This was a major letdown!

The second problem was that there’s no USB recording on the TV.  The store I bought it from advertised the TV as having this functionality, and it was one of the criteria I bought it for.  I actually found this out by trying to find the rec function on the remote and asked the customer support if I possibly had the wrong one.  They replied that if the remote doesn’t have it, then the TV doesn’t support it.  So I returned the TV and bought a cheaper one together with a recording tuner/blu-ray.

Would I recommend the LW5500?  The answer is YES with a catch. The TV has good 3D image quality and is pretty cheap too. However, if you need its DLNA – then NO.  If you have another device handling DLNA and recording, then this is a fine ‘dumb’ display.