Last week, the CEO and Co-Founder of Magnetic 3D shared some details about his company and auto-stereoscopic 3D (glasses free) technology.  This week, he shares his views on the impending Nintendo 3DS, the importance of S-3D gaming for our industry, and the markets he sees as being most critical.

Right now, the S-3D gaming and film industry is struggling with comfortable left/right camera views for S-3D displays. Auto-stereo screens like yours can have as many as nine views or more. What process do you go through to make auto-stereo content? What are the new considerations? Is it nine times as hard?  Please elaborate.

The process by which we create our auto-stereoscopic content is surprisingly practical and efficient. The E3D Creative Suite that we’ve developed offers a unique set of tools to allow for the multi-stereo content creation of “raw 3D assets” to be produced within 3D Studio Max or Maya. Drawing from the output associated with this proprietary multi-view rendering process, these raw 3D assets are then carried into our post-production software called Mixture. At this stage, a designer has the opportunity to work with the raw assets, as well as any additional 2D, 3D, video, graphics, logos, etc. Upon completing the post-production phase, content is output in the .E3D format for playback within Fuzion. The Magnetic 3D Creative Services Department offers top-notch training for the above-described Creative Suite and we ask that creative houses get trained and certified in 3D content development and motion graphics post-production to support their guaranteed success.

There seems to be an industry expectation that the success of 3D cinema in the theatre will translate to the same success in the home. Do you agree with this? Why or why not?

It’s a tough call. If I were Jim Kramer, I might say that I am not “bullish” on 3D in the home with glasses. I think there are too many negatives stacking up against the adoption of 3D with the need for glasses. For one, users are probably texting on their mobile devices or using their laptops while watching TV, and they wouldn’t want to take their glasses off and on. Two, there is a lack of standards across the space, so consumers won’t know whether certain glasses will work with specific screens or video games. Another, and perhaps more obvious obstacle, is the cost; too many family members would need glasses to see the content. At an approximate cost of $150 a pair, what happens if someone breaks a set? Finally, and arguably most important, the lack of available content makes it difficult to consider why consumers should invest in 3D TV in their homes.

I think 3D cinema is successful because it’s in a tightly controlled medium and environment. Viewers are paying for temporary entertainment at a cost of around $12 to $15. If someone sees ten 3D movies a year on the big screen, the cost remains the same for one pair of glasses, and they don’t have to worry about whether or not that pair will work with their TV.

I think the first sectors that will do well on 3D in the home would be the video game console manufacturers, PC gaming companies and cinema companies. I don’t think that cable is going to be able to get the content out there as quickly at it needs to, so much like how we had to wait for HD content, I think we have several years to wait for before consumers widely adopt 3D, and by then, if Magnetic 3D has its way, everyone will be ditching the glasses for auto-stereo displays. It just makes more sense for the end user and will probably be just as cost effective by then.

Who do you see as the early adopters of this auto-stereo technology?

From the commercial side, we believe the sports and entertainment sector will be an early adopter. We recently installed our screens at the Dolphins Stadium for the Super Bowl. That sector stands to receive the greatest benefit since getting patrons to come to events is increasingly harder as more and more people are staying home to watch sports, and they will soon be able to watch sports on TV in 3D with glasses. We think stadiums have the most to gain by providing an experience that is only available in the stadium and not in the home. This will drive ticket sales and keep people coming out to sporting events. Aside from that sector, with the recent 3DS announcement from Nintendo, I would say that that the video game industry is certainly another early adopter.

Up until now, when most people think of stereoscopic 3D gaming, they have thought of PC, and more recently consoles. Nintendo just made a brief announcement about an auto-stereo Nintendo 3DS mobile game system. What are the ramifications of this? Why is this so exciting?

First off, it’s refreshing to see that companies are thinking about 3D beyond the need for glasses. 3D with glasses has its drawbacks; I think display manufacturers are looking for a quick fix, and a 3D chip and glasses is a quick, easy way to raise profit margins. Additionally, they are in totally different businesses than video game companies like Nintendo. Video game companies are in control of their user interface and also the content they provide on their platforms. This is a unique business where companies have the ability to control all aspects of the user experience. This is critical for glasses-free 3D since it requires additional programming and integration of multiple cameras.

What’s really exciting about the 3DS announcement is that Nintendo is asserting that this is where the future of entertainment is headed. As a company, they are natural innovators, whether it’s motion controls or 3D without glasses. So the fact that they are pioneers in glasses-free 3D says a lot about the space. They are a company that understands that people want to interact and be immersed in video games. 2D has reached its limit; Nintendo knows this and is going to do a great job with 3D. I must say I’m really excited to play Super Mario Bros. or Duck Hunt in 3D, though I might wait for it to reach a living room console first!

As an experienced display manufacturer, you probably have a sense of what materials cost. A normal Nintendo DS goes for under $150US. Once you throw auto-stereoscopic screens into the mix, marketing, and updated content, how much do you think the new 3DS could go for?

It’s tough to say, but I think a 25 percent increase would be something the market could bear. Nintendo caters to a certain demographic that is used to paying for cell phones and home entertainment consoles, so a larger price tag of that much seems reasonable. I may be a little biased, but personally, I would be willing to pay that much more to be able to play games in 3D, if the experience is that good and the games are fairly priced.

I think the biggest challenge for the 3DS will be getting everyone to try it. You need to see glasses-free 3D to really understand it, but my guess is that word of mouth alone will set it off like wildfire. 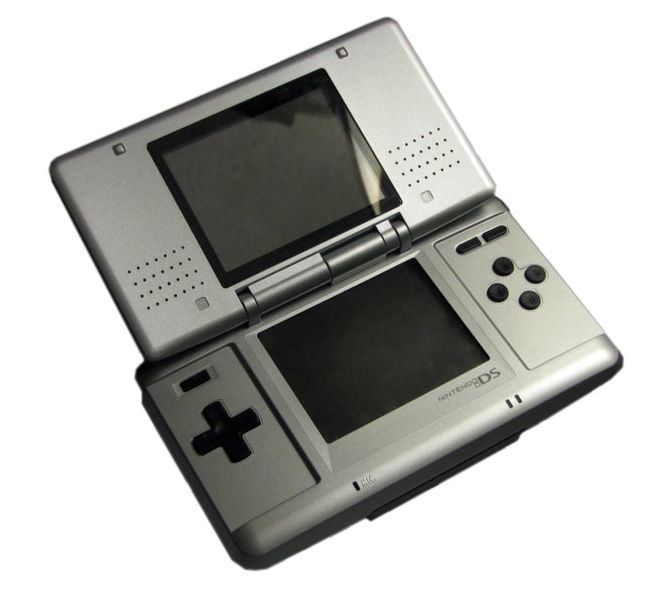 Do you think the games will be priced differently?

100%. I would expect a price difference of anywhere between 15 to 30 percent higher for individual games, just because you’d need to know how to use the appropriate software to create the 3D images without glasses.

You have experience finding exciting content for your screens. What kinds of games do you envision for Nintendo 3DS?

There are so many games that would be amazing in 3D, it’s really hard to know where to start! 3D would certainly enhance anything from first person shooters to multiplayer RPGs, or campaign-based games. Wouldn’t it be so cool to play Tetris in 3D? Now that would require a whole new set of skills.

What elements would you like to see that are unique to S-3D gaming?

I think where things really get interesting are in 3D and gesture technology, or 3D and virtual 3D audio. Imagine playing against someone in 3D and also being able to hear them sneak up from behind you! Having the ability to use your physical senses to help you win a video game is when gaming turns into a whole new experience and I think it will appeal to an even wider audience than it does today.

What about S-3D on mobile phones? Do you see a future in this? Could they compete or even overwhelm Nintendo? Why or why not?

Handheld platforms that offer glasses-free capabilities are an interesting concept. It depends on how the technology affects the display’s interface. I think there will be competition here, but I also think that Nintendo has a much better shot of taking a massive lead over cell phone providers. Unlike Nintendo, the cell phone providers are not part of the content model and frequently outsource applications development so they really aren’t controlling the user experience. Unless they change that model for 3D, they are going to have a tough time keeping up with a company like Nintendo that has such an uncanny ability to deliver innovative consumer electronics technology.

Outside of the mobile or portable gaming market, how can game developers benefit from auto stereoscopic 3D technologies today?

Game developers that are in the casino gaming industry are probably going to be the first to partake in 3D game development and it’s an exciting time. Those companies are early adopters when it comes to flashy attractions that catch the eye. They are innovators and the games are very controlled so this will be a great proving ground for what will be tomorrow’s consumer 3D products.

3D is here and it’s going to be huge. Glasses-based and non-glasses-based technologies are both going to play a part in the shaping of the entertainment industry. But for those of you sci-fi movie buffs out there that saw Minority Report or going further back to Back to the Future 2, none of those classic films ever predicted a future where everyone would be wearing 3D glasses and in my opinion, life tend to imitate art because it is the premise of where we want to be as a society. For Magnetic 3D, that means that the future is glasses-free and we want to be the company that delivers that experience to everyone. If we aren’t going to have flying cars anytime soon, well then we definitely should have 3D without the glasses. And as for that flying car thing, maybe we can put that on our to-do list once we’ve rocked the 3D world.

Thanks Tom!  Do you agree with Magnetic 3D’s point of view?  Is there a long-term future for both glasses and non-glasses based 3D solutions?  Share your comments below.