While the stereoscopic 3D industry continues to push forward with high resolution 3D HDTVs and monitor solutions, many still dream of the day when S-3D displays will be glasses free. Magnetic 3D is a leading manufacturer of auto-stereoscopic 3D solutions, and we are joined by their CEO, Thomas Zerega.

In the first part of our interview, we learn about their company and how their technologies work.

Hi Tom! Let’s start off with a loaded question. Briefly, what does Magnetic 3D do?

In addition to serving as CEO and co-founder of Magnetic 3D, you also have a colorful background. Is it true that your early career was in acting?  What kind of work did you do?

Yes, I was an actor for about fifteen years, from the age of 6 until 21. My most extensive acting experience was in the role of “Tim Dillon” for 11 years on ABC’s most popular daytime show “All My Children.” In addition to my acting work on ABC, I appeared in about 40 commercials, and was on Broadway in Les Miserables and the Grapes of Wrath.

What was Final Frontier Productions? How and why did you get this venture started?

I have always had an affinity for music and events. My parents started a non-profit theatre company that was the first to perform the renowned rock opera “Tommy.” I think it’s in my blood to perform and deliver engaging experiences to audiences. I’ve always been involved with production—whether I was on the stage or setting the stage—somehow I have always remained connected with providing an entertaining experience. Final Frontier was my first attempt at getting into the production business and since I have been an electronic music fanatic for some time, it was a natural fit to run a company that promoted nightlife events. While I loved Final Frontier and actually was very much into music production throughout college, I decided that music needed to remain a hobby. Instead of promoting music-based events, now we promote glasses-free 3D; it’s the future! 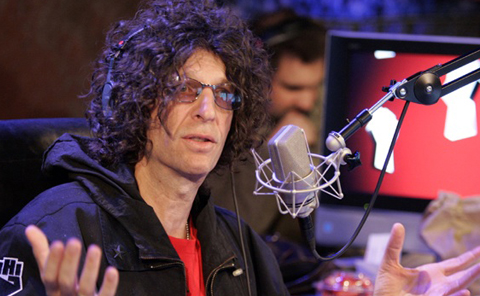 I understand you did some work with Howard Stern too. How did that come about? Did he enjoy turning 50?

That was an awesome event, probably one of the coolest private parties I have ever worked in my life. I have lots of pictures, but swore them to secrecy. I worked with a great production company from my hometown in Staten Island that is an extremely well known group in the tri-state area in terms of events, staging and lighting. In fact, I was a director of events for the production studio for some time and it looks like after leaving them to start Magnetic 3D, we will now be working together as partners to bring 3D to the masses of the PRO AV industry. I would say more, but the details are not finalized just yet.

Your entire executive team has a distinguished background. I met Norman Jacobs and Bob Johnson at CES 2010, for example. Can you share a few facts about your team?

As far as I’m concerned, we have a superstar team. Norman Jacobs is a distinguished entrepreneur and is most well known for bringing Starlog and Fangoria magazine to millions of diehard readers for over 20 years. In addition, our management team is really the best of the best; we have the top auto-stereo sales and technical people in the industry with a combined experience of over 50 years in this really new field of 3D. If anyone knows 3D, it’s our team. We are a well-rounded group that works really well together and have a clear understanding of our short term and long-term goals as a 3D technology provider.

Ok! Magnetic 3D! Quite a leap, wouldn’t you say? How did this company get started, and why the career change?

I was in Pro AV when I graduated from Tisch Film & TV at NYU. Although I was in front of the camera for many years, I wanted to get more involved behind the scenes and start producing instead of acting. I had the opportunity to learn the ropes with the production company in Staten Island whilerunning Final Frontier, and I also worked on sound editing on a film in my spare time until I decided I really want to do something new and different.

My broadcast and Pro AV background provided a solid foundation as I ventured into Digital Signage. There was a bit of a learning curve, but over time I started to learn a lot about the industry and how segments of it were taking off and others were not. We were at some of the first conventions to ever coin the term “Digital Signage.” At first, you couldn’t even find the phrase when you searched for it on Google. Now, as a multi-billion dollar industry, it’s a totally different story. Several years ago, we started seeing 3D technology and got heavily involved with an older technology using barrier displays. We knew the technology and the idea of 3D with glasses had great promise, but it needed to be better. So, once again, we took a gamble and sold everything off in 2D to pursue 3D. We were right about digital signage blossoming, so we are very confident about what is coming with the glasses-free 3D revolution.

Auto-stereoscopic 3D displays are absolutely the cornerstone of our business. The 3D displays provide a platform to deliver innovative content and drive adoption of the new out-of-home advertising channel. Magnetic 3D is an end-to-end solution company for all parts of the glasses-free 3D ecosystem including screens, software, content and accessories. We have a lot of experience in the field and understand what the right components are to make the best 3D images and we want our customers to learn from us and have the best experience in 3D.

We have two ways of explaining how glasses-free 3D technology works. Essentially, our displays wear the glasses so the viewers don’t have to. However, we know it’s all a bit more complicated than that. From a high level, in a stereo or glasses-based environment, the viewer sees images from two distinctly different perspectives or camera angles that display in such a way that each of the viewers’ eyes can only see one of the views. Each perspective is supposed to mimic what the person sees in real life and gives them the perception of depth. It’s all about tricking the brain into seeing the content at different angles like you would as if the object were right in front of you.

This concept is very much the same for us in our auto-stereo or glasses-free 3D world, but it gets a bit more complicated since we need to have more than two views to provide the illusion. Magnetic 3D’s technology relies on providing multiple views of the object; in fact, we actually use nine views. By capturing nine views of an object or a scene we have enough information to present on the LCD display and can use our lens technology to direct that content to each of the viewers eyes without the glasses.

Tell us about your screens. What sizes do they come in? What features make them unique?

Magnetic 3D modifies industrial grade LCD flat panel displays for a variety of sizes ranging from 22 to 55 inches. The key differentiator is Magnetic 3D’s Enabl3D multi-stereo technology, which enables the monitors to display crystal clear, high-definition 3D video content without the use of any special 3D glasses. The multi-stereo technology is made possible through the precise combination of proprietary hardware, proprietary software, and connectivity and content creation services. This “optical illusion” is perceived by the brain as a true 3D image and is the basis upon which Magnetic 3D’s solution was created. Magnetic 3D’s displays also provide the ability to play 2D video with virtually no loss in resolution.

The leading challenge with auto-stereoscopic displays is the reduced horizontal resolution. Do you see a future without this challenge? When?

That’s a very good point; it really depends on how much further the panel manufacturers will take LCD technology. Will they increase pixel density any further? Without higher resolution content it might be a long time before we see displays that are much higher than 1920 X 1080 in the mainstream media. With that said, we plan to make 4K displays using our technology which will certainly bring glasses-free 3D even closer to a holographic experience. If our technology is compelling enough and demands growth for these high resolutions, prices come down and CPU/GPU continues to expand exponentially then I think the future of the technology is only a few years away. Time will tell.

Thanks Tom!  In part II, we talk about Nintendo’s 3DS, the future of stereoscopic 3D gaming, 3D cinema in the home, and 3D cellphones.  Share your thoughts below!