Long ago, I remember watching friends of mine play one of the first Ridge Racer games on the PS1 and being awed at their skill in getting the car to behave with d-pad inputs.  For me it was always difficult to control and I never got very good at the game.  Years later, I tried Ridge Racer V on the PS2 and finally got the hang of it with the dualshock controller.  I think the key was when I stopped trying to drive it like a simulator and gave into the arcade controls and learned to embrace the drift mechanic.

Since then, Ridge Racer has become a guilty pleasure, and I’ve played nearly all its subsequent versions on various platforms.  However, even though I like them, they are still a far cry from the more realistic racing simulations out there.

Personally speaking, I was the designer responsible for tuning all the vehicles in the Midnight Club series of games, and it was part of my job to play every other driving game on the market.  The first game I played in stereo 3D was GTR2 and I experienced something right away that I never felt before – fear.  Going into a turn too fast I felt that sinking in my stomach that I’ve felt auto-crossing my real cars but never sensed in a game.  From then on I’ve been a huge fan of 3D driving games – so much so, I think that racing games are the genre that benefits the most from stereoscopic 3D displays.  For these reasons, I was very happy to hear that there was going to be a new version of Ridge Racer for the 3DS in stereoscopic 3D.

The 3DS version of Ridge Racer is consistent with its predecessors and delivers what I expected.  While the obvious enhancement is the stereo 3D view, the rest of it is Ridge Racer through and through. 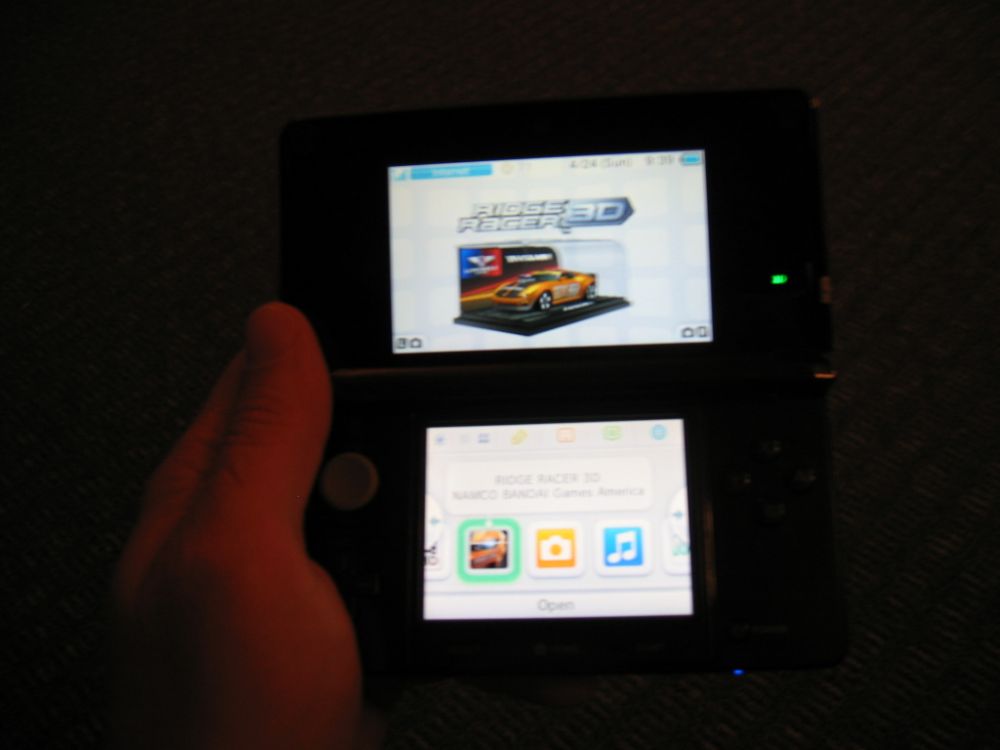 The game modes are plentiful and varied depending on whether you want a quick race or compete in a series of events.

Versus mode lets you race against up to three other players using the Local Play feature in three modes: Standard Race, One-Make Race, or Team Battle.  The Single Player modes are: Grand Prix (a LONG series of race events), Quick Tour (you specify the desired time, course type, and car class for an automatically generated series of races),  Standard Race (single event), One-Make Race (single event where all racers are in the same machine), Time Attack (no opponents, just you against the clock) and StreetPass Duel (race against Duel Ghosts from a preset collection or people you have met in StreetPass). 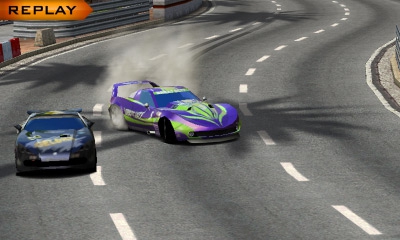 The cars are fun and fast from the start.  As you complete events in the Grand Prix you unlock additional Machine Categories and the cars get faster and faster.  The types are also segmented by “Drift Type” being mild, dynamic or standard.  My advice is to go with standard or dynamic and learn to control the drift and charge nitrous.  The fastest cars in each category are dynamic and do take some practice to keep under control.

Many of the tracks are familiar from previous versions of the game.  On one hand it provides some nostalgia to go into races with confidence knowing you already learned the track years ago, and on the other hand there are new layouts which are fun but nothing too different. 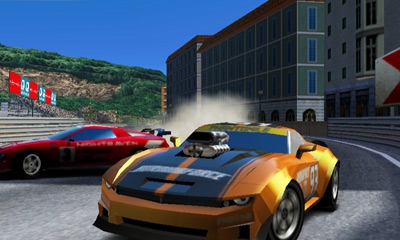 Drifting and charging nitrous is the game within the game, and it’s as much fun now as it ever was.  You get to pick the nitrous type from quite a range of variations: Standard, Normal U, Normal B, Flex Nitrous, Quad Nitrous, Ext. Nitrous, Auto-Charge and Hi-Nitrous.  In a nutshell, they differ in how they charge, how many canisters you get, and how quickly they consume the nitrous when used.  It’s interesting to experiment with all of them, but I usually end up going with Nitrous-U which charges fast when you boost into a corner, and eventually learn the best times to chain boosts together.

The soundtrack is solid, but the song selection is limited relative to the number of races you run, so it gets a little repetitive.  The announcer voices also get annoying, so I usually turn the voice volume down right away.

The stereoscopic 3D effect on the 3DS version is well done and adds to the gameplay.  Given the arcade nature of the game, it’s not quite as huge a difference playing in 2D vs 3D as would be experienced with a slower paced simulation style racer,  However, the S-3D helps gauge turns and proximity to opponents. 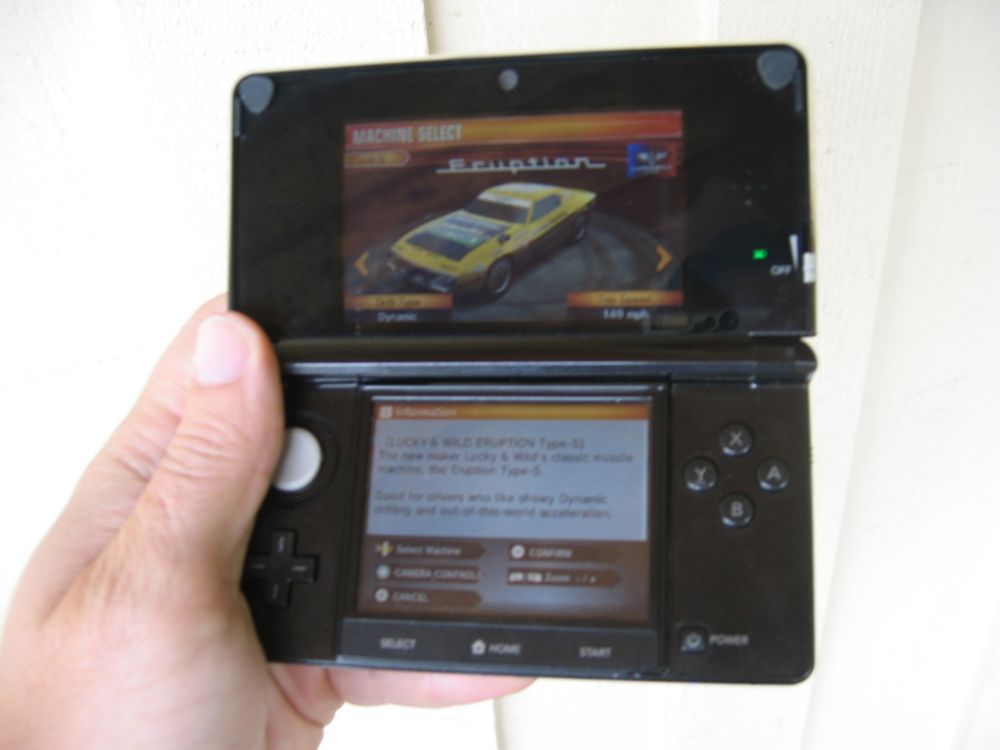 I usually end up driving with the 1st person camera and the depth of the 3D looking down the course is good.  In the standard 3rd person camera, the view of your car looks good but does take up quite a bit of the depth budget.  There are confetti and other effects that come out of the screen momentarily, but they are used sparingly and the bulk of the 3D is kept within the screen.

While Ridge Racer 3D doesn’t break the mold, it’s a good addition to the franchise.  The stereo 3D is the one notable addition in this version and it’s welcome.  Ridge Racer 3D boils down to racing insanely fast cars on twisty tracks.  Even though it has the risk of getting monotonous, this risk is compensated for with a surprising amount of variation, nitrous modes, and game types.

How Memorable is This Game
7/10

Stereoscopic Effectiveness
9/10 (NOTE: This score is subjective and is not calibrated by M3GA)