GUIDE: How to Test and Fix Chromatic Aberration on WMR VR Headsets

I’ve got more to cover in Neil’s Messy Basement with an eye on home entertainment and immersion, and the next part of my journey jumps me back into the fray of virtual reality! I’m in the process of reviewing the HP Reverb G2 VR headset, and I decided to share this guide before the review so it’s understandable how I got to my results.

I’m very excited by this guide because I think it will make a world of difference for many VR headset owners. Even if tools aren’t yet available for all headsets to address the problem, I think what is shared here could help motivate more user-driven features that will improve the VR experience for all. 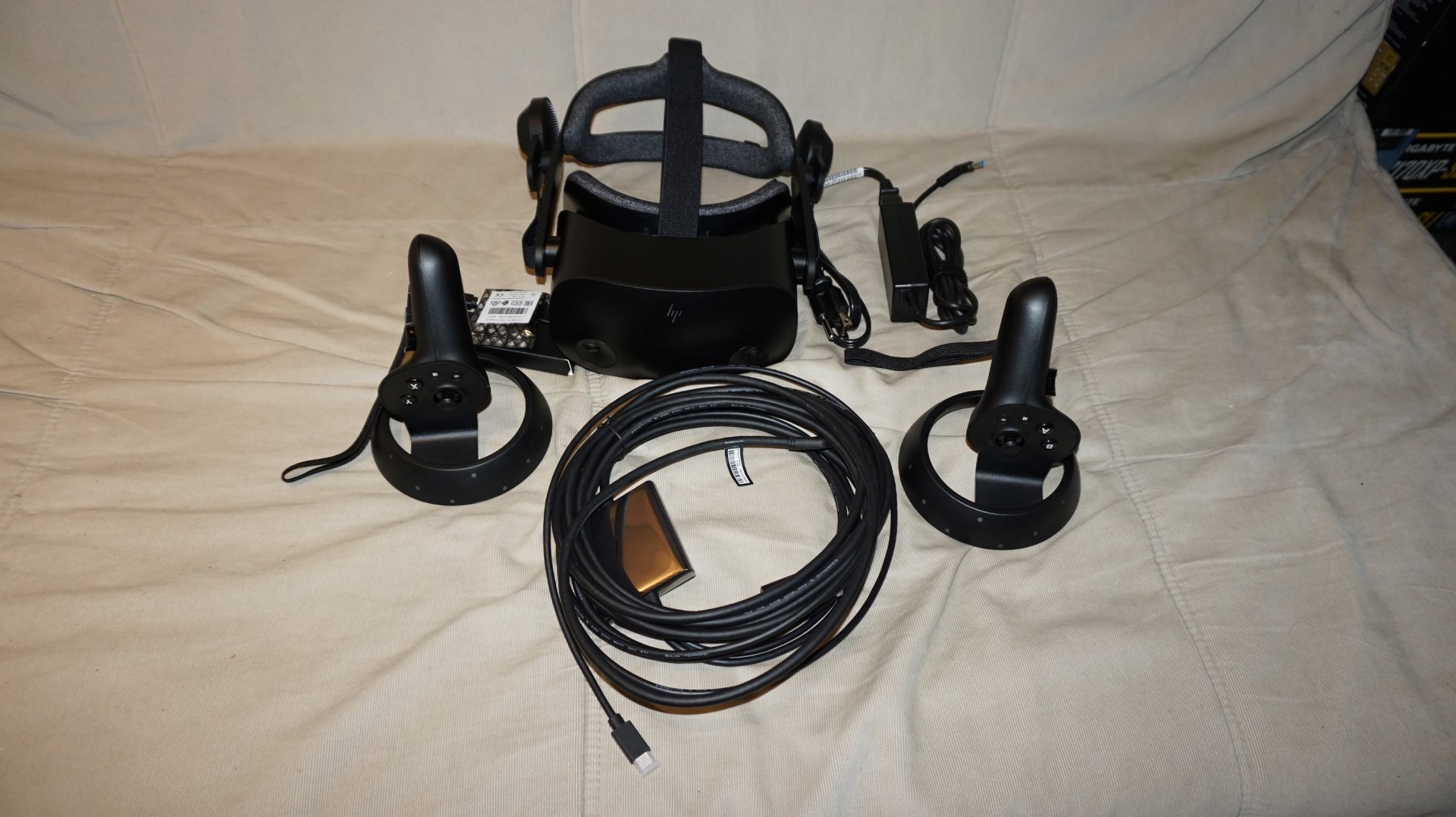 The HP Reverb G2 is a special animal. One group of users and reviewers regularly credit it as being crystal clear and one of the sharpest HMDs on the market. In contrast, another large group of users are frustrated with the headset because its sharpness is limited to a small focal area – a “sweet spot” – and things quickly blur depending on where the user is looking. It didn’t make sense to me that a VR headset would have such a divided response.

My experience was closer to that of the second group of users; I had a window of clarity, and then I had a blurry periphery that I thought was normal for today’s level of technology. Fortunately, I could do better. In fact, I think we can ALL do better. 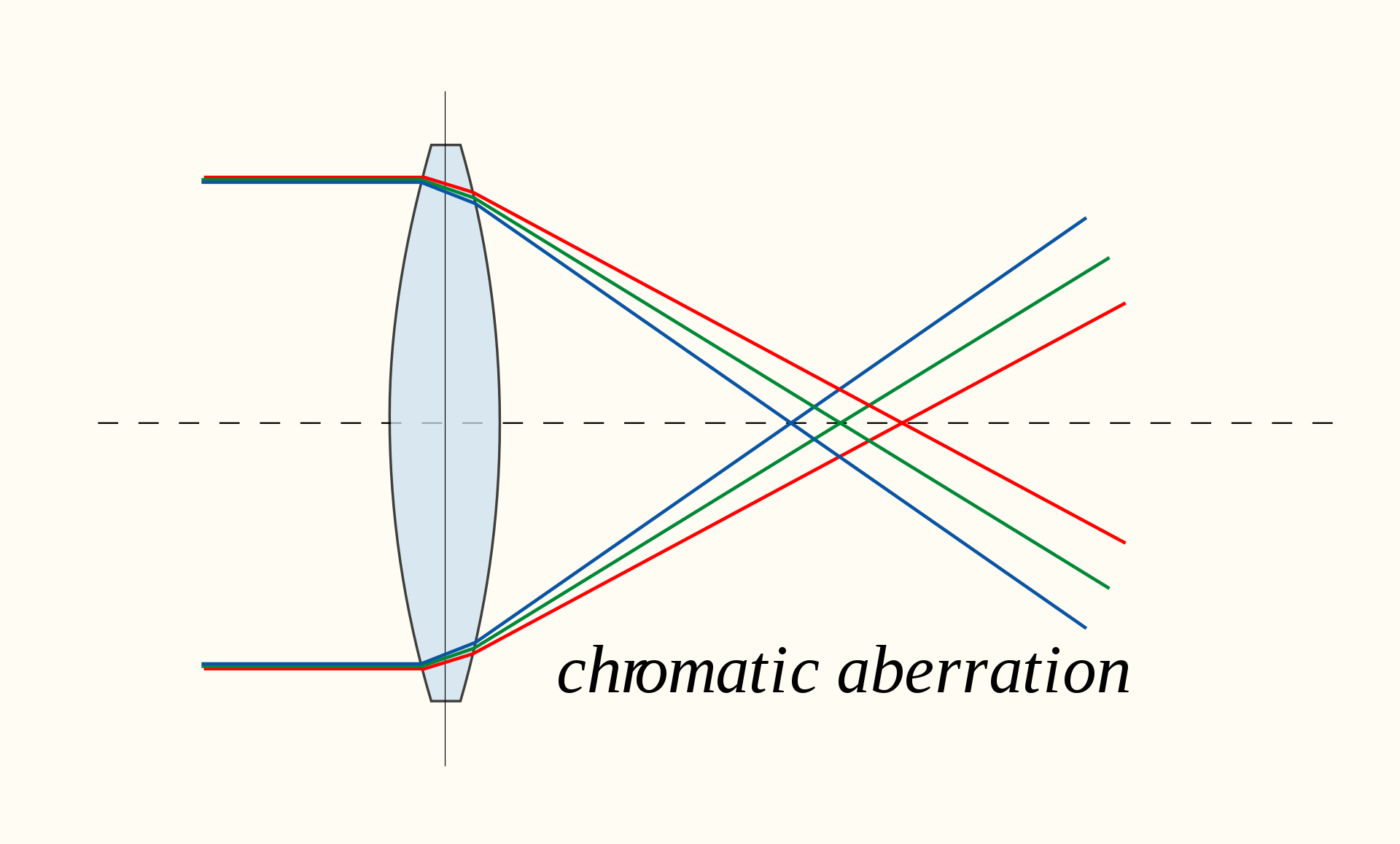 Chromatic Aberration (CA) is a failure of a lens to focus all colors to the same point.  Like light being divided into a rainbow of colors through a prism, we can see Chromatic Aberration (CA) when we view our VR experiences through the curved lenses of an HMD. While the dead-center of the HMD lens may be sharp and pristine, it will usually grow blurry as we look towards its edges. Good examples of Chromatic Aberration are bits of text that double as we look outward, instrumentation and details that are out of focus beyond a small focal area, and the colored blurring of object edges as we look in different directions.

Solving the mystery of why different groups of people respond to the HP Reverb G2 so differently began with Microsoft. My first hint was their announcement that they updated the Windows Mixed Reality (WMR) platform with Chromatic Aberration Correction, and this correction works for the HP Reverb G2 and other unnamed WMR headsets.

Published well over a year ago, I couldn’t figure out why I was experiencing these CA distortions on my HMD. The Microsoft story was old, the software had been updated a couple times since, and my HMD is brand new. Did my software really have the correction implemented, or was my experience the best that could be expected with current HMD technology?

I read through countless articles and posts about the HP Reverb G2 “Sweet Spot” with possible solutions that included finding the perfect positioning, adding special head-strap padding devices, and even wearing reading glasses in VR. It all seemed fruitless until I found this gem in the Flight Simulator 2020 discussion forums.

A poster (CptLucky8) discovered a series of hidden Windows registry keys that activate the WMR chromatic aberration correction for the red, green, and blue color paths. As Microsoft published their standardized correction a few months earlier for everyone, why was this even a thing? Furthermore, while CptLucky8’s settings made a big difference for me, I still had more adjusting to do. Why?

Shown below, I decided to create a chromatic aberration test: a page of shapes and colors that when viewed in virtual reality, would immediately show which colors are problematic, and make it possible to do live adjustments to find the clearest result. I will explain the process later in this article. 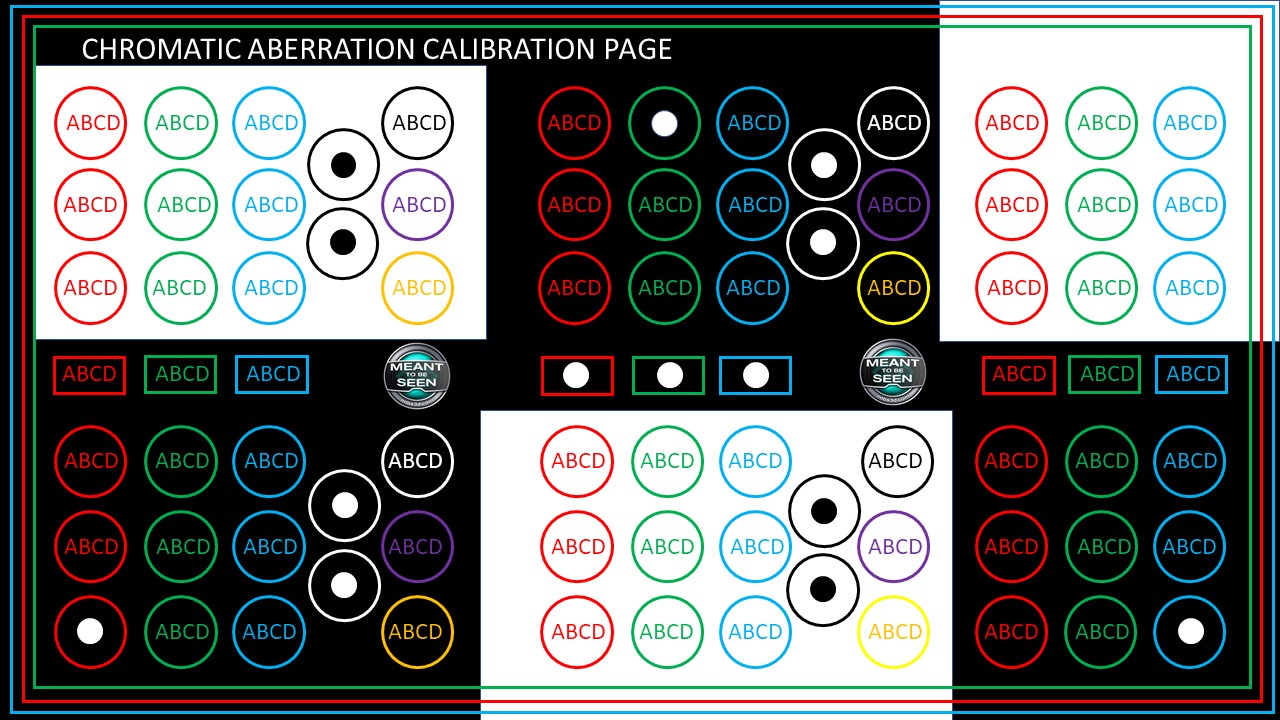 When I shared footage of my before and after findings with industry experts Dr. Jon Peddie (Jon Peddie Research) and Mark Poppin (Babel TechReviews), they were surprised. They remembered some distortion on the HP Reverb G2, but not to the level I was showing, experiencing, and fixing. Why was this the case?

This is a very significant finding because it raises the possibility (probability?) that everyone using corrective lenses with their HMD (glasses, add-ons, and possibly contact lenses) could require some personal software customization to reach the maximum clarity possible with their VR solution. When I think of all the different types of prescription lenses people use and how different combinations of lenses could affect the way light travels to our eyes, it makes sense that there are large groups of people having very different experiences with the same piece of VR hardware.

HOW TO EVEN THE PLAYING FIELD

Based on my research, most if not all the HMD makers have some kind of chromatic aberration fix implemented with their solution. Unfortunately, this tends to be a one size fits all approach. Without some 1:1 customization for each user, I’m uncertain that the problem could be solved for everyone equally well.

Fortunately for me, Windows Mixed Reality users do have a solution, and I’m hoping these findings motivate other HMD makers and supporters to add this flexibility to their products too.

STEP ONE: CONFIRM YOU HAVE CHROMATIC ABERRATION

Download this image and get it displayed in a viewer while you are in virtual reality. For me, I found the best method was to open a desktop window in VR and open this full screen within the desktop. You want it to fill your visual space as much as possible.

Looking at the circles and shapes, be extreme, and move your head around. Do your best to view the circles through very different points of your HMD lenses. If you see any kind of ring “doubling” (like cheese sliding off a cracker), you’ve got yourself some chromatic aberration!

If you have chromatic aberration, the doubled circle will either be red, green, or blue. These are the color paths that need to be calibrated to get things back in focus.

In Windows 10 / 11, these are the registry keys that activate and correct for chromatic aberration:

You could do everything in regedit, but there is an easier and safer method:

I have found that chromatic aberration is most visible with the following patterns:

Remember to solve one color channel at a time because the circles can overlap otherwise.

When complete, you should be able to move your head around in VR and see minimal circle doubling for all three color paths. It is normal to get some doubling or blur at the very outer edges of your lenses because the curvature is so great.

While the chromatic aberration test image will find most of it, you may have a little more adjusting to do. Images may still be a pixel or two off which you can easily fix. Here are things to look for:

If your results are like mine, the severity or importance of the “sweet spot” on the HP Reverb G2 and HMDs like it will be a lot less relevant. There is no reason to enter a tug of war with your HMD to get the best visible result!

While I found that IPD (interpupillary distance) adjustments had little to no affect on chromatic aberration, the focused area at the center of the lens seemed to grow in size when the lenses were closer to my eyes (version two of the HP Reverb G2 has a special insert for this purpose).

While this guide provided dramatic results for me, please have realistic expectations. Similar to how we see in real life, it is normal to have a focused center and a blurrier periphery. That said, I do believe that as more people adopt this solution, there will be a lot more consistency in how people describe their experiences with the HP Reverb G2 and similar HMDs.

In summary, I think the core lesson is we all see the world a little differently depending on our eyes and our eye-ware. It would be good if there were more widespread, user-friendly calibration techniques that could replicate my experience and what I learned for everyone. I know for me, the benefits are very clear.