MTBS will give more detailed product reviews for the Oculus Rift S and Oculus Quest when we have hardware in-hand.  Written by Kris Roberts, this summary is based on our interactions with the Oculus Rift S during Game Developers Conference 2019 and was written shortly thereafter. 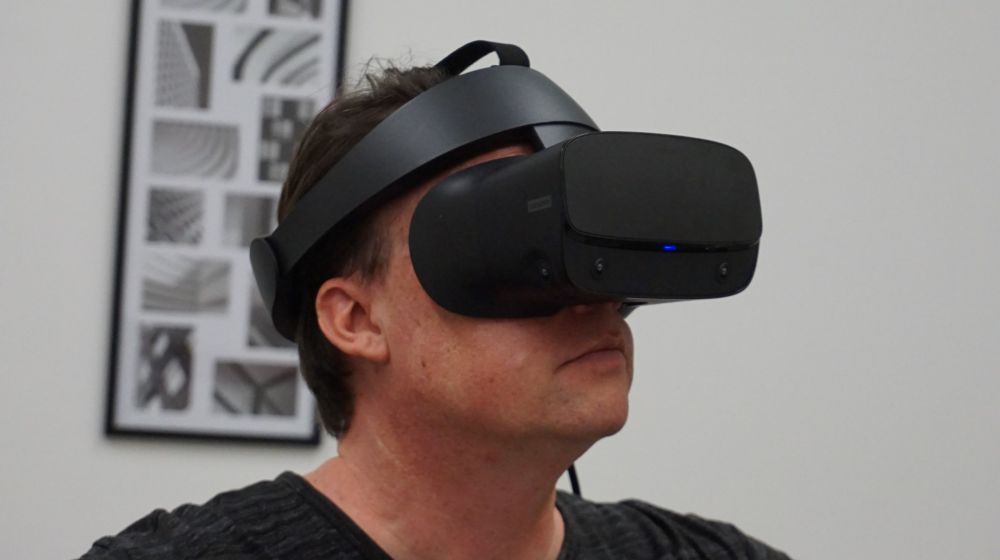 Just for some context, I have been using my original Oculus Rift with iRacing for a couple years and have done over a thousand races with it. We also own a regular Vive which I have used for iRacing but have preferred the Rift for the way it fits on my head. I’ve also kickstarted the Fove headset, auditioned the Odyssey+ and used Vive Pros (but I don’t own one). Two weeks ago I got my Pimax 5K+.

The Rift S is pretty much exactly what I expected from reading the announcement.

The resolution is better than the old Rift and puts it on par with all the other WMR headsets and Vive Pro that run at 1280×1440 per eye. Thats more pixels in both directions and it does look better. But it also seems like the pixel structure is more rectangular, whereas the old rift always looked to me like the screen door was more of a diagonal pattern.

The FOV seems no different, and actually I would say that I saw more obvious hard edges to the sides in my peripheral vision when looking forward.

The audio from the strap sounded good but it was also odd to still be able to hear everything happening in the real world. We were in a quiet demo room, but still the conversations of the other people in the room were distracting and honestly for VR I would prefer to have headphones. It does have a headphone jack, but the integrated headphone on the original Rift seems better in terms of being able to put the whole thing on/off as a unit rather than dealing with headphones and the HMD. 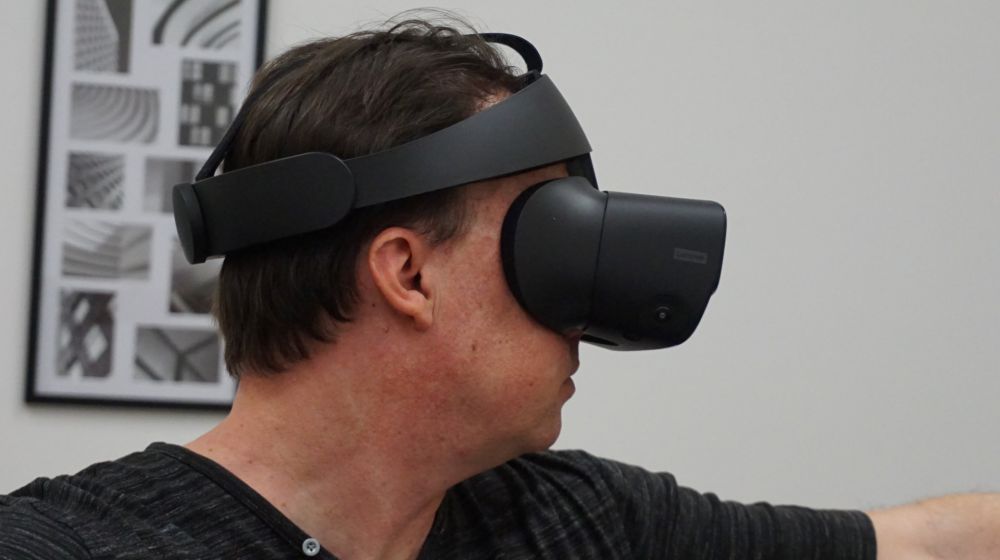 The tracking was good. I have been disappointed with some of the other inside out tracking systems I’ve tried in terms of drift and stutter in their tracking, but the Rift S was surprisingly solid. I would have believed it was still using external sensors. But we were also in a bright room with high contrast carpet and it may have been a nearly ideal/engineered environment for the tracking to work well.

The software IPD is there, but adjusting it I felt like it was kind of a mystery. With the old Rift there was the green cross hatch pattern and that made it obvious when you had the IPD set correctly. With the Rift S, the setting to change the IPD just gives you a number and up/down arrows and it’s harder to say for sure whether it was correct. Maybe there is a way to get the green cross test pattern back, but in the obvious setting option it wasn’t there. My eyes are unusually close together and I do need to get any headset I use down as close to 58 as I can. That being said I was able to see pretty clearly in spite of not physically moving the lenses.

The head strap is different, and much more like a WMR / PSVR in design. Personally I don’t like it, or maybe it would just take me a while to get used to it. There is also a button you press to move it away / close to your face. I suppose if you have glasses or need to move it out for focus this is a good thing? But for me it seemed like I just wanted to get it as close as possible.

The controllers were fine I guess, and moving them out of view of the headset never caused problems in the demos I was doing. But in iRacing that’s a non issue anyway.

My overall impression was that it was what I expected and I was kind of underwhelmed. The innovations Oculus seems excited about promoting are generally not that important to me and actually not what I would want compared to how I feel about the original Rift. The resolution is improved, but it puts it on par with the other WMR / Vive-Pro headsets – but not better than them. 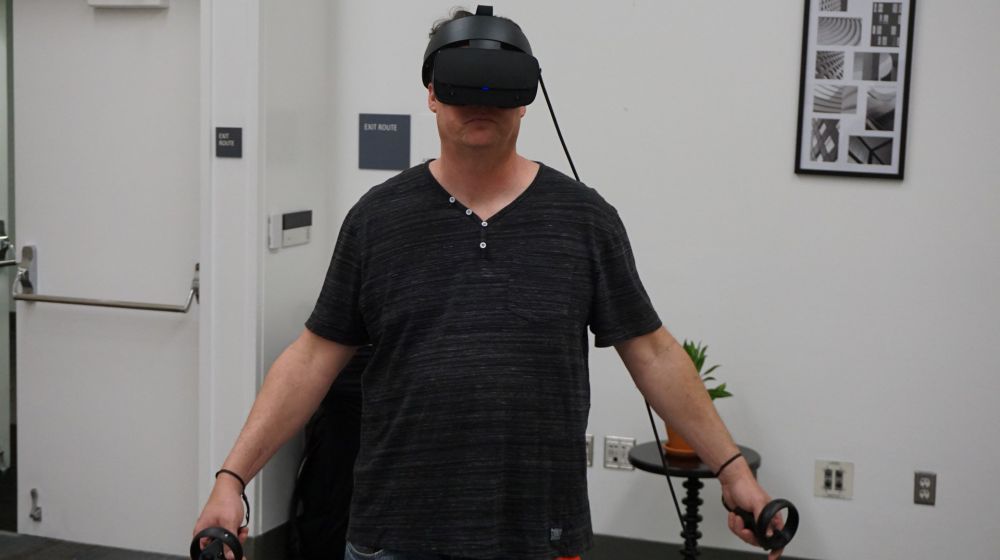 If I owned a lot of games from the Oculus store and wanted to retain access to that content, the Rift S seems like it would be a reasonable upgrade from the original Rift. Personally, I do not and all the VR games we own are on Steam as an intentional choice so we could use them with all our headsets.

I think for the specific use case of iRacing, I expect the Rift S will be easy to set up and use and provide a great VR driving experience.

For me, the most critical improvement would have been a wider FOV and I’m sad that neither Oculus nor HTC seem to be pursuing that. Personally I would even accept keeping the vertical resolution and pushing the width out to support around 150 degrees. I do understand that they need to produce a consumer unit that they can have confidence will work well with a wide range of computers and applications. I’m going to try not to get on a soapbox, but people complaining that the Pimax is a resource hog and runs poorly would have the same experience with any HMD trying to push that many pixels. Pimax does have other issues and their device is not on the same level in terms of industrial design and polish, but it’s the headset I’m excited about getting back home to use.