Following a thought provoking feature on the ‘Realistic VR Sales Prediction’, Kevin Williams, a specialist in the field looks beyond the Consumer hardware impact of VR and towards how it is being evaluated by the Professional Out-of-Home Entertainment industries, and what this will mean to the sector beyond the aspirations of the consumer roll out.

As we rush to the end of the year, and anticipation is high towards what 2016 holds for the VR community and the technology in general; however, beyond the anticipations for Q1 and Q2 2016, we are already seeing VR entertainment being deployed into the public-space industry; especially in the Digital Out-of-Home Entertainment (DOE) sector. We need to be clear that in charting the DOE scene, due to the available space in compiling this brief report, we will be omitting DOE’s penetration into the pop-retail and promotional marketing sector.

Defining DOE, the theme park, visitor attraction and location-based entertainment sector has a dedicated audience that demand the latest entertainment experience, and with that audience investment the deep pockets to be the first to embrace new technology – rather than focusing on just one approach, the DOE scene has started to invest on immersive technology (defined as Mixed Reality technology), looking at Computer Automated Virtual Environment (CAVE), 3D Projection Mapping and Immersive Display (VR) platforms.

Regarding Immersive Display technology, the application in the DOE sector have been broken down into three key areas, and the initial investment have started to be deployed – for this special feature we have defined these three areas as ‘Attraction’ (dedicated large audience theme park platform), ‘Location-Based Entertainment (LBE)’ (dedicated facility or location to experience VR games) and ‘Game System’ (stand-alone VR game machines).

VR’s first entertainment application included a populist deployment into the 1990’s amusement scene, through the UK based Virtuality hardware approach, and many developers from emerging territories are looking towards this path of a stand-alone ‘coin-operated’ amusement platform as a means to jump onto the VR bandwagon.

One innovative example is from Brazilian Rilix, the company creating an incredibly simple VR roller coaster representation with their ‘Rilix Coaster’ this amusement package one and two rider system using Samsung GearVR HMD’s to represent one of 18 different coaster experience.

The representation of VR to the widest possible audience has seen the Eastern European territory grab public-space VR with both hands, this exuberant approach has seen systems such as ‘HEADSHOT 3D’ from uniquely named Oculus6D, attempting to present an amusement shooting game in VR with an assortment of kickass weapons.

Offering an extreme entertainment package sees VR applied in unique motion systems – one example being ‘MM-One Project’ by MM-Company developer of a unique three axis 360-degree motion-arm based system, running a VR HMD playing games such as game ’Trackmania’, successful showing at the Paris Game Week exhibition in the French capital during October.

Another territories investing heavily in the public approach to VR is the Chinese sector – a number of companies in this territory have deployed VR game system since 2014, one of those being 9D Electronics Technology the company deploying their egg shaped ‘9D Virtual Reality Experience’ in one, two and three seat configurations. The system is one of the few currently being sold that uses one of the new Chinese HMD systems. This platform has also been the first finding a home in shopping mall locations.

Eastern European effects theatre manufacturer Amusement and Edutainment Technologies (AET) have applied their 4Dfx seat systems and added a VR component launched as a 5D ‘Motion Sphere’ product. Along with a product off the shelf, AET’s US distributor MaxD Entertainment have opened their own standalone Las Vegas shopping mall venue offering VR entertainment.

For many the VR approach of the Cybercafe and LAN sites approach to establish the technology, builds on the popularity previously seen in this network PC game center approach in the early years of the genre, offering a means for expensive hardware and services to be amortized in a retail facility approach, (still very popular in many territories).

TALON Simulations is an example of a company looking towards offering the hardware that players will experience their first VR games within these LAN style sites – the ‘Atomic A3’ cost-effective compact electric multi-axis motion-base (developed by UK based Atomic Motion Systems), seen as a platform that will draw players to try VR simulation.

While many look to build VR entertainment retail centers, the Chinese territory has beaten them too it once again – with over 10 facilities across the country, the ‘EMAX’ facility chain offers a number of specially developed VR platforms for the guest to experience as a virtual reality theme park, EMAX Technology hoping to expand the coverage of their franchise.

The presentation of VR to an enthusiastic audience has also seen the Indian territory embrace this approach, the family entertainment center chain SMAAASH Entertainment has invested in creating their own unique VR attractions. The facility running experiences like ‘Finger Coaster’ allowing riders to build an extreme rollercoaster and then virtually ride it. An attraction (along with other’s developed by the Indian company) that is now being sold as a stand-alone to other entertainment facility operators.

The opportunity of what VR offers in a specialist location has been rammed home by the explosion in popularity behind the concept of ‘Arena-Scale’ VR entertainment facility and attractions, most notably with the ambitious development of Nevada based concept The VOID, but also seen with the recent demonstration in Orlando of the Australian based Zero Latency. Borrowing heavily from the business model created with laser-tag and simulator centers, now applied to compelling VR application using better than consumer VR hardware.

It is the ability of the deep pockets of the visitor attractions scene that drives development of unique applications of VR that will be ‘unachievable @ home’.

VR Coaster offering the ability for riders to board a traditional steel coaster, wearing VR HMD’s (Samsung GearVR) a view of a virtual environment which marries its action to the ride profile of the coaster. The system seeing first operational installation at Mack Ride owned Europe-Park in September 2015. The company is working on a number of tests towards announcing further high profile installations at leading theme parks.

The company is not the only theme park developer working on VR attractions using existing ride platforms (roller coasters as well as steel rides); 2016 expected to see the announcement of a number of momentous new installations using available, and specially created VR hardware. The ability to focus on short but highly compelling VR experiences tailored for the DOE sector offering a unique platform far beyond the restraints of trying to serve the consumer approach.

In conclusion it is important to understand that the DOE sector is nor married to only one application of Immersive technology, a vast and well respected industry is well known for investment and not hedging its bets. With regarding Mixed Reality, along with VR a number of developers in the sector are looking at unencumbered immersive experiences (negating sim-sickness and hygiene concerns). A good example of another approach to immersing a player within a virtual environment is seen from Scale-1 Portal – the French company offering a projected 3D environment for the player with their body movements tracked and represented in games such as ‘Robots Frag’ and ‘Future Runner’.

Immersive entertainment is proving the new frontier of public-space entertainment, offering not only a brand new opportunity for hardware developers, but more importantly a new and compelling new platform for content developers beyond the restrictions traditional approaches to consumer VR. 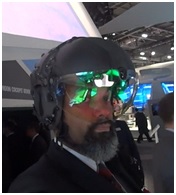 About the Author – Kevin Williams has an extensive background in the development and sales of the latest amusement and attraction applications and technologies. The UK born specialist in the pay-to-play scene; is well-known and respected through his consultancy KWP; and as a prolific writer and presenter (along with his own news service The Stinger Report), covering the emergence of the new entertainment market. KWP working as consultant with a number of developers in the DOE sector – including a number mentioned in this feature. Kevin has co-authored a book covering the sector called ‘The Out-of-Home Interactive Entertainment Frontier’ (published by Gower). He is also the founding chairman of the DNA Association, focuses on the digital Out-of-Home interactive entertainment sector. Kevin can be reached at – kwp@thestingerreport.com