For the uninitiated, the Oculus Rift may seem alien sitting next to a monitor. A head mounted display, or HMD, the outside of the Rift is essentially a box with straps. Developed by Palmer Luckey, a long time moderator in the Meant to Be Seen forums, the Rift was designed to be a modern reinvention of the HMD. With a vast collection of HMD models, possibly the largest in the world, Luckey was largely unimpressed with the state of Virtual Reality – so he decided to change it. 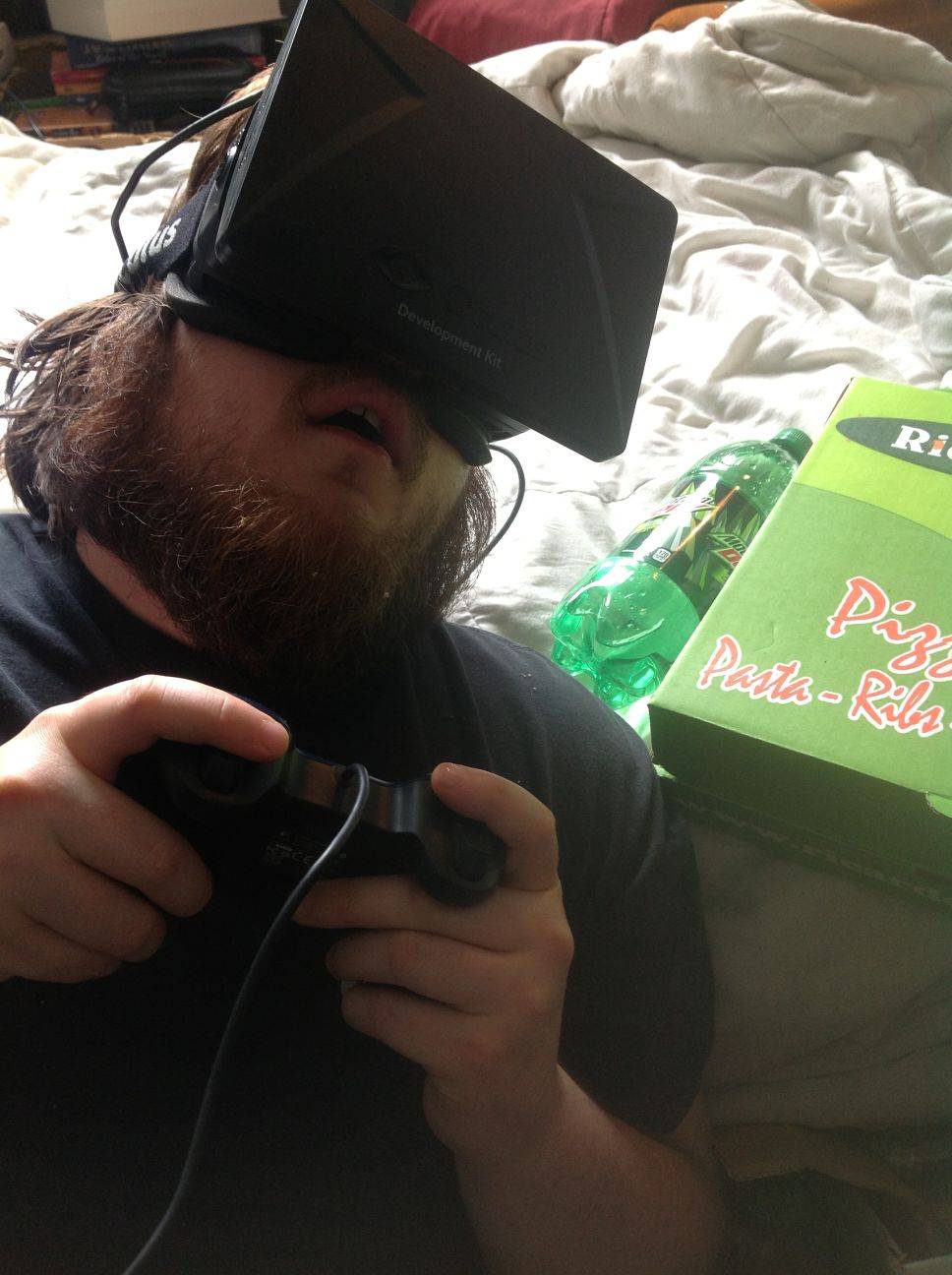 Enter the Oculus Rift – a lightweight prototype built out of cheap parts. In its first iteration, the Rift became a perfect example of the dangers of judging by appearance. A rickety kludge of duct tape and hand-made circuitry, it was clear that whatever value it had would come from within. Demoed by industry luminary John Carmack at E3, the industry was suddenly very interested. One incredibly successful Kickstarter campaign later, the prototype is here.

With a personal history soaked in cyberpunk and futurism, I was excited from the very moment I discovered the Rift. After spending a year dwelling on the possibilities, researching the technology, and briefly considering building my own, I bit the bullet in early March 2013 and ordered my own development kit. Compelled by the dream of entering other worlds, I wonder if the industry is approaching a Rubicon; it’s clear that the Oculus Rift will revolutionize HMDs, but I wonder if it will also revolutionize display technology in general.