The Story of Virtuix Omni 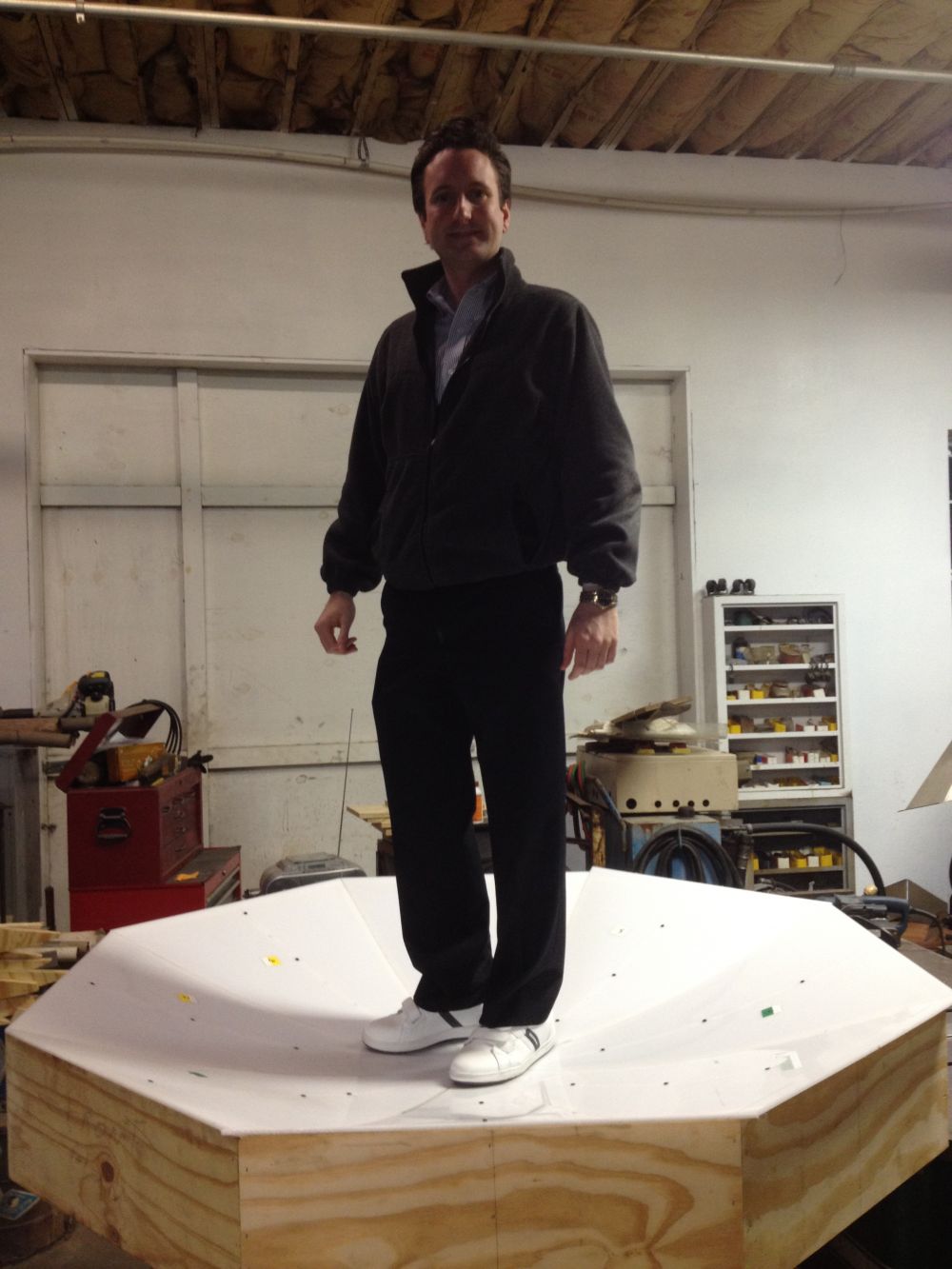 Approaching the million dollar mark on Kickstarter, Virtuix Omni is the highly touted VR treadmill that destroys the arguement that video games will only lead to obesity and a sedentary lifestyle.  Today, we welcome Jan Goetgeluk (pictured on the left) to share his story with the MTBS community!  Take it away, Jan!

I am originally from Ghent, a medium sized city in Belgium. When I was young I would dash home from school to play computer games. My favorites were the classic adventures: Space Quest, Monkey Island, and Indiana Jones and the Fate of Atlantis. I also liked the early first person shooters—Wolfenstein, Doom, and Duke Nukem. As a child, I dreamed of a VR device like the holodeck, and I hoped to someday contribute to the realization of VR.

After studying mechanical engineering in college, I came to the United States for work and decided to stay, settling in Houston, obtaining a business degree, and working as an investment banker. But I always intended to do something entrepreneurial, and never stopped looking for that entrepreneurial opportunity.

My inspiration for the Omni began two years ago with the Microsoft Kinect: an impressive bit of technology that could track body positions optically, without the use of body sensors or other cumbersome devices—and most importantly, the device cost only $100. I believed the Kinect would enable a breakthrough in virtual reality, and I started exploring how I could contribute to what I believed would be a long-awaited VR revolution.

I became intrigued by one missing piece of the VR puzzle. No matter how amazing the sights or how intuitive the controller, the fantastic, expansive VR worlds of the future would still be explored with the user sitting down. To really achieve VR, I realized a device needed to be designed to allow natural motion in VR—a locomotion device that let you walk, run, and jump with the natural use of your own two feet.

I certainly wasn’t the first person to have this idea—more than a dozen patents for such locomotion devices were filed over the last 20 years. But there was nothing available on the market that us gamers could afford or would fit in a living room. 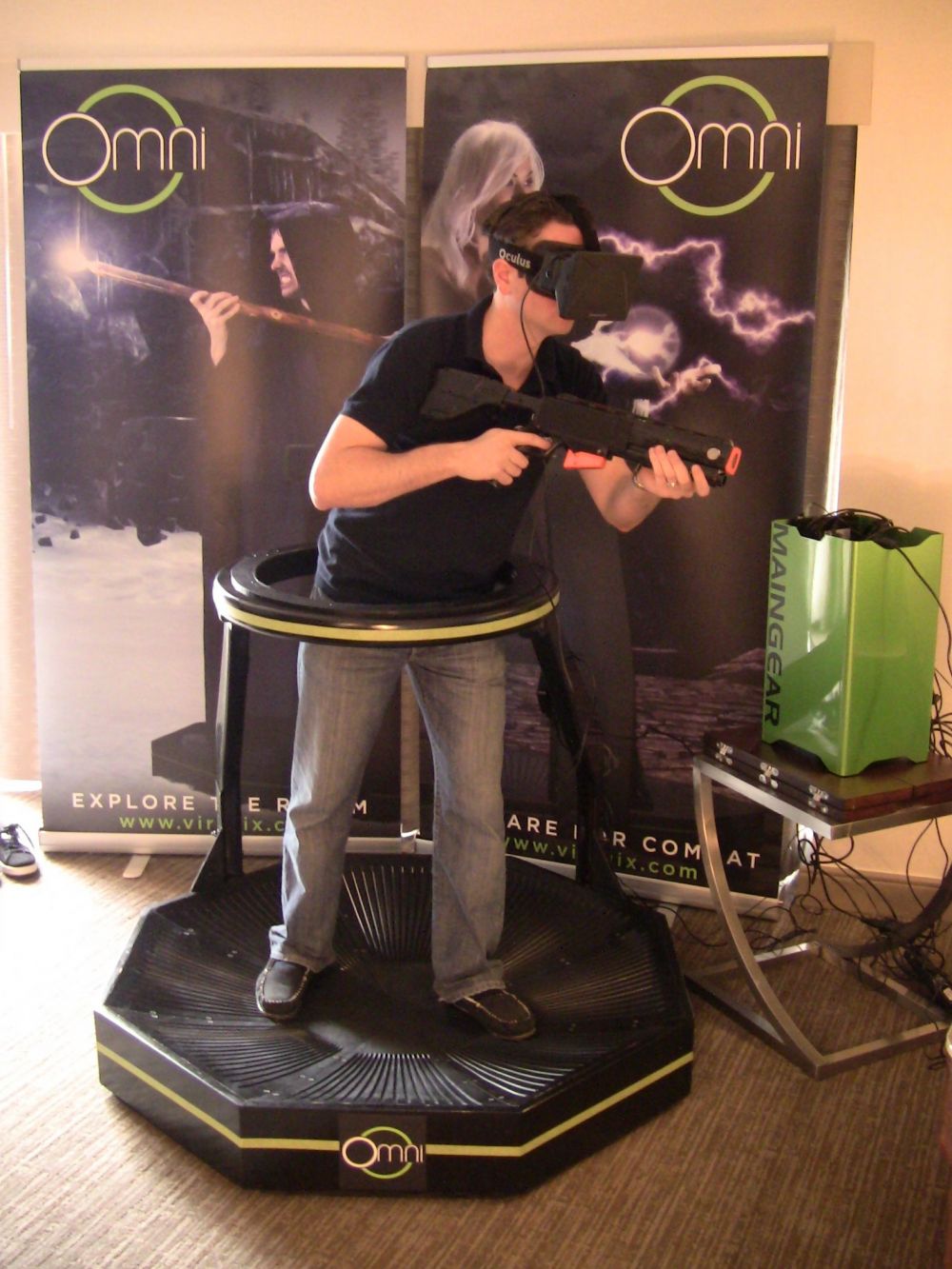 I started searching for a better way. After many months of research and wild ideas, I realized that to meet my size and affordability goals I would need to design a passive device without moving or motorized parts. The final Omni design did not result out of an “aha” moment—like all inventions great and small, the Omni is the result of a long and sometimes agonizing process of research, prototyping, and trial and error.

I knew the Omni had great potential, but I wasn’t sure whether I should quit my day job until the day I published our first Skyrim demo this past February (see the earlier threads on MTBS!). The response was overwhelming, our video featured on the websites of NBC, PC Gamer, Kotaku, and many other large media outlets. When I realized other VR enthusiast were as excited as me for a device like the Omni, I left my day job and dedicated myself to making the Omni a reality.

As a community-focused company, seeking feedback and sharing our progress from the beginning, we believed Kickstarter would be the ideal platform for the launch of the Omni. Our VR community had been a primary driver of the current revolution in VR devices, and proved to be the main driver of our early Kickstarter success. I believed the Omni had potential to be big—I am a dreamer—but I am incredibly humbled and grateful that so many people, from every corner of the world, have come forward with suggestions, backer support, or just kind words of encouragement. 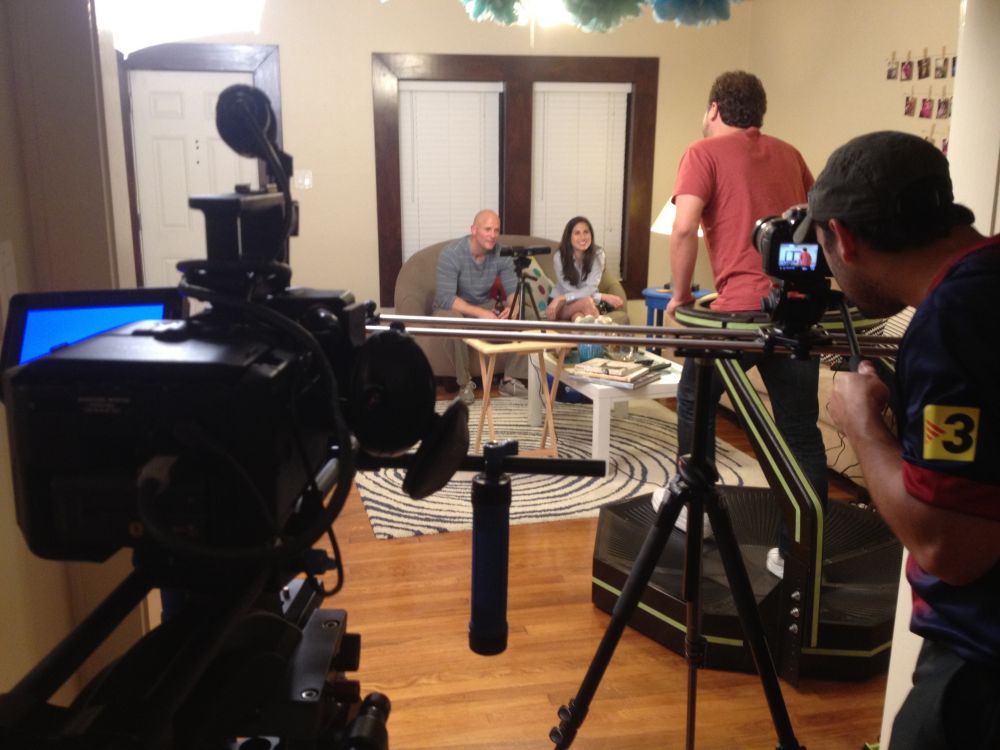 The Omni experience is a leap in entertainment that sparks the imagination of a large audience. I believe this is just the beginning. VR will be front and center in our daily lives, and sooner than most think. Since ancient times, entertainment has been designed to transport you out of the real world and into one designed by the entertainer. Virtual reality takes this experience to its maximum. But the potential of VR goes far beyond gaming and entertainment, and I think the Omni will be a critical aspect of future applications such as training and simulation, education, fitness, and virtual tourism. We have all waited a long time for true VR to arrive. It’s finally here.

I would like to encourage anyone with an idea for a VR or any other device: do your research, build prototypes, and don’t give up. So far, the VR revolution has taken place in the garages and living rooms of everyday tinkerers, not the R&D labs of big corporations. With perseverance and resourcefulness, there’s no reason you can’t be the next person to contribute to our shared dream of true virtual reality.

To close, I would like to thank Meant to be Seen’s community and our backers for the incredible support in these past few months. We would not be here without you, and we will continue to look for your guidance and feedback going forward. Let’s make VR happen.