The Story of Maere : When Lights Die 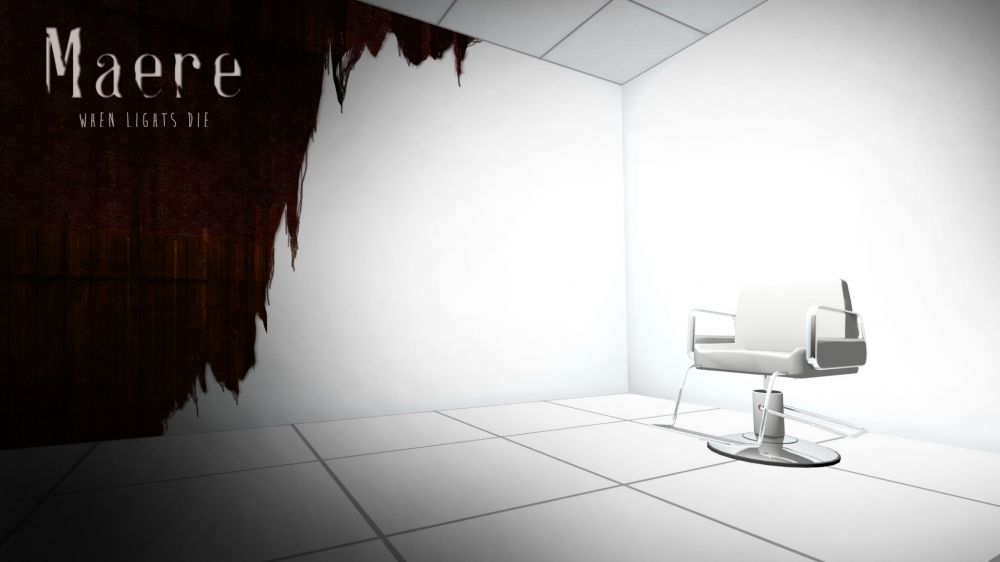 We are a team of four young developers from the French engineering school called IMAC, which stands for Image, Multimedia, Broadcasting (“Audiovisual”) and Communication. It’s basically the only place (in our country at least) focused on combining programming and art.

In October 2012, before starting our yet to be defined one year long project, we heard about the Oculus Rift, watched the first videos…and we knew. We wanted to use the huge potential of Palmer Luckey’s device to create a new kind of gaming experience. It was affordable enough to be bought by our school, and let’s face it, we badly wanted to try it for ourselves!

We teamed up under the name “Lucid Dreams” and before long we had our goal: create a game that is meant to be played on the Rift and be able to generate an emotional response. Following the advice of one of the greatest horror, fantasy and sci-fi authors, we chose to focus on the emotion of fear.

{vimeo}https://vimeo.com/64924082{/vimeo}
In Maere : When Lights Die, your character is a volunteer tester for a virtual reality experiment. A team of scientists places a VR headset on your head and the game begins as their voices start explaining what is going to happen as they begin generating a lovely virtual dream for you to peacefully explore. Unfortunately, things start to get a little bit out of control, the audio transmission fails, and the program creates…a nightmare!  Full of dark corridors, it’s clear that the place you’re trapped in is not only scary, there have been previous VR experiment failures. So much for long pony rides, flowers, and unicorns! 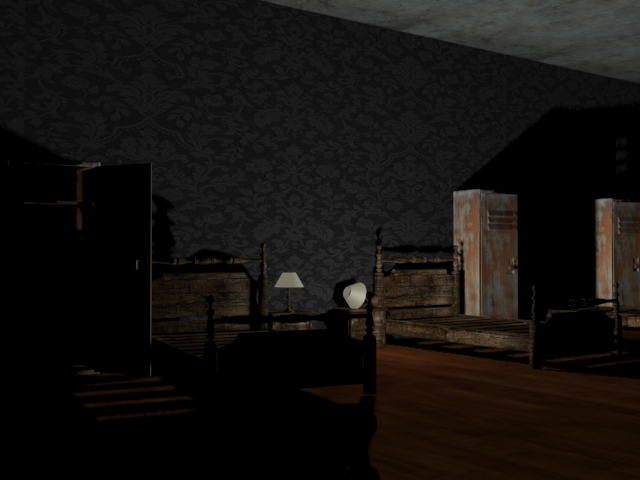 We spent a lot of time watching horror movies and playing scary games to better understand what induces fear, and the different shapes it can take. It helped us a lot with finding out how horror stories and games work. It gave us the keys to our ideal game, which we could sum up in only two words: “No jumpscares”. We didn’t want to rely on cheap surprise effects to scare the player; we wanted real emotion. Our tools include a rich background story, some psychological tension and a scary environment. Apart from that, the game is a pretty typical “survival horror” where you explore the level and always be prepared to run for your life! 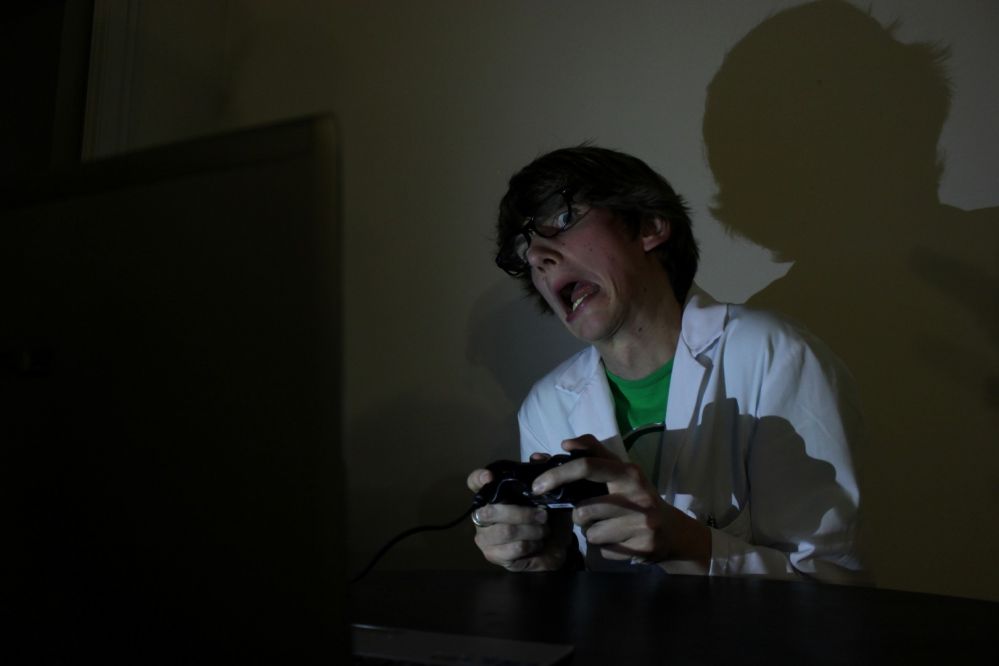 A member of the team doing “scientific research”.

The Rift, Some Actors, and a Pulse Sensor

As mentioned earlier, the game was designed for the Rift, so VR issues have been in our mind at every step of the creation and development. We’ve spent a lot of time on frame rate optimization (even though it’s not perfect yet), the game has no visible user interface, and every sound is coming from a localised source inside the environment, which means there is no background music.  We did our best to never break the immersion unless it supports the story, like when the scientists try to contact you.

Unfortunately, we ordered our Oculus development kit in October, which means we haven’t received it yet. So even if everything is planned and integrated in the story, Oculus Rift support still has to be implemented. We are expecting to get our unit in July, so if everything goes well, the Oculus-ready version will be available this summer.  We will also try adding more content to the game so it lasts anywhere from five to thirty minutes longer.

Our final presentation for the project is May 17th, so we had to focus on the traditional consumer version for a while which was released last week and is available for free. This is already a big achievement for us, but we want to go even further.

From the beginning, we wanted to question the link between the game’s virtual world and reality. VR was of course the first bridge, but a big part of our project was also to create an experiment.  We envisioned an exhibit lead by actors dressed as scientists who would guide the player to a white room very similar to the one at the beginning of the story.  They would place a gamepad in the user’s hands, adjust the Rift to his head, and give him a safety warning before starting the game which would ultimately fail and create the nightmare. The idea isn’t to make the user believe that there was really a bug in the program, but to instead break the boundary between the reality and a virtual world and guide the players through it. 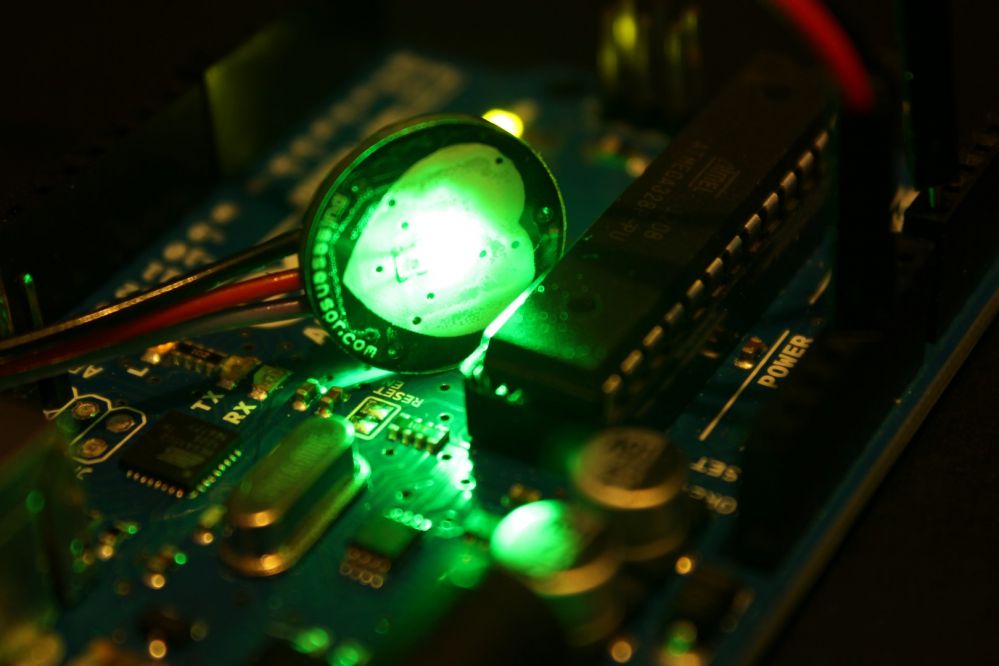 The pulse sensor we integrated has the same purpose. The data is collected on an Arduino prototyping platform and sent to Unity so we can use it directly in the game. Right now it only generates an audio heart beat matching the player’s, but we’re working on changing the game’s behavior on the fly when the fear makes the user’s heart race.  Ideas being looked at range from triggering audio messages asking the player to calm down to distorting the view when the user panics. Everything is possible! Studies suggest that your heartbeat can change to the pace of a music…what if we could artificially make the player’s real pulse go up by increasing the virtual beat he’s hearing?

Maere is our first real game and will soon be our first attempt at virtual reality. Even after working so hard on it, we didn’t expect to take it further than the limits of our school.  I can’t believe I’m writing an article for MTBS right now! This is a powerful and thrilling experience for all of us.

If you want to try Maere now, it’s free and available on PC, Mac, and Linux at WhenLightsDie.com. You may want to wait until the Rift version is ready to avoid spoiling elements of the game before your try it in VR…your call !

We would also love to know what you think about it in MTBS’ forum (thread attached to this article) and on our facebook page or by email.

Tom and the Lucid Dreams team

Special thanks to :
– Patrice Bouvier
– Vincent Nozick
– All the IMAC students who supported us and beta-tested the game
– The fans, bloggers and youtubers who helped us spreading the word