By NeilMay 23, 2012March 24th, 2020Editorial
No Comments
It’s been awhile since we did a 3D movie review on MTBS, so what better film to review than The Avengers?  Having already made well over a billion dollars in revenue, this superhero mash-up is the culmination of years of Marvel movie releases, post-movie credit snippets, and self perpetuating hype, hype, hype! 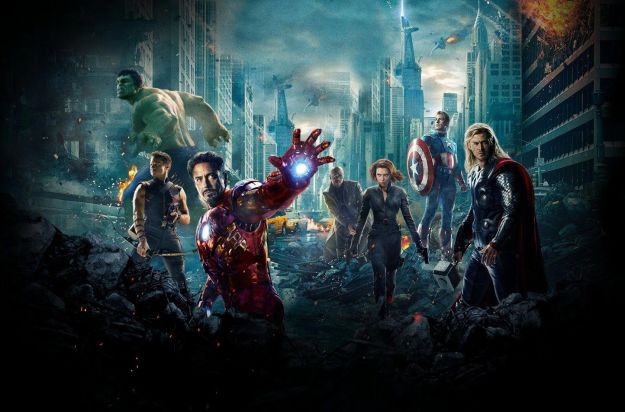 The movie opens in a private lab where S.H.I.E.L.D. Director Nick Fury and his team are studying the Tesseract, a cube of immeasurable power that can act as a gateway to another world.  Without warning, the Tesseract activates, a portal opens, and arch villain Loki appears with mind controlling scepter in-hand.  In one fell swoop, Loki steals the Tesseract, destroys the lab, and makes it clear that he is too powerful a dude for the human race to handle on their own.

The solution?  Launch The Avengers Initiative!  So who are The Avengers, you ask?  Let me tell you.

First, you’ve got Iron Man (Robert Downey Jr).  Self professed playboy, genius, and multi-multi-gazilionaire, he loves big heavy weaponized toys.  Armed to the hilt in a flying suit, Iron Man is a fortress on jet streams whose sense of humor is equally unmatched.  This movie was practically made for Iron Man.

Next you’ve got Thor (Chris Hemsworth).  While the ladies might call him Godly with his flowing curls and rippled muscles, he does actually have some out of this world ability.  He can fly, throw a wicked punch, and there isn’t a Home Depot in the world that doesn’t wish they could stock his hammer.  Not only does it smash and return when thrown, it captures the power of the sky and throws bursts of lightning.  There is a family squabble happening here too, as Loki is Thor’s brother.

Did I mention Black Widow (Scarlett Johansson)?  Master interrogator (or interrogatress?), her physical hand-to-hand combat and gymnastic abilities are so strong, she puts herself in danger on purpose to get the information she needs.  As a top notch spy, Black Widow/Natasha Romanoff also works with S.H.I.E.L.D. to get the Avengers gang together.

Hawkeye (Jeremy Renner) was one of Black Widow’s first mentors, and is The Avenger’s master marksman.  Armed with a seemingly endless supply of arrows to go with his bow, the man never misses.  If he does miss, watch out!  His arrows often explode or do crazy things you just can’t buy at the local sporting goods store.

Captain America (Chris Evans) was a real surprise.  I didn’t see the Captain America movie, but out of all the heroes in the film, I was surprisingly pleased at what he brought to the story.  Enhanced with a special serum and indestructible shield, Captain America is the epitome of human capability.  Considered to be the first super hero created during World War II, he is a man out of time having been thawed out in the modern era.  Never too full of himself, he is clearly the leader of the group, and it’s entertaining to watch him move! 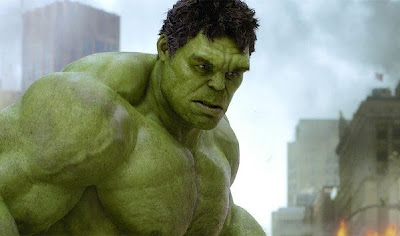 The Hulk / Dr. Bruce Banner (Mark Ruffalo) was arguably the most creative element to the film.  For the first hour, everyone speaks of The Hulk, we see special cages for The Hulk, people talk about the risks associated with The Hulk…Hulk, Hulk, Hulk.  Where’s The Hulk?!?!?  When you see him, you’ll know.

The Avengers was a good restart to The Hulk franchise.  The first Hulk movie was mediocre at best.  The second Hulk movie was a lot better, and I would have liked to see Ed Norton reprise the role as he seemed a good fit.  That said, Mark Ruffalo just got it right the first time.  You could just tell that he was having fun with the role, and even the Hulk CGI resembles an extension of Mark Ruffalo’s face rather than a completely different being.  Oh yeah, The Hulk smashes things…nuff said.

While The Avengers isn’t Shakespeare by any stretch, the pacing works and there aren’t any dull moments or dialogue that made me squeamish enough to want to puke inside (that happens, by the way).  However, MTBS is all about the 3D, right?  So let’s see how the movie did.

After shelling $27 for Pam (Metalqueen in the forums) and myself to see this movie on our holiday weekend, plus an additional $18 for popcorn and soda, we were absolutely horrified at how terrible the 3D and the projection was with The Avengers.

First, the projection.  Shown at the local AMC theater using RealD technology, the projector’s brightness level was clearly being used at a fraction of its capability.  The movie was so unbelievably dim, we had trouble making out faces, and were stunned that the film was shown the way it was.  In our center seats, Pam and I were debating if we should walk out and ask for tickets to the later 2D showing, but our babysitting time was limited.

After the movie, we went straight to customer service and informed them of the problem.  They immediately told us they received no complaints prior to us, but I seriously doubt that most 3D movie goers know what a 3D movie is supposed to look like.  To AMC’s credit, they gave us movie passes for our next film, and I’m very hopeful that someone will take a serious look at their projection quality moving forward.

Now, let’s pretend that the movie was as bright as it could be…this too wouldn’t have saved The Avengers in 3D.  Over the course of the movie, Pam and I were cleaning our glasses because we were seeing blurry anomalies throughout the film.  Similar to the way flaws occur in poorly translated DirectX games, 2D/3D movie conversion can distort the image in more ways than one.

It was especially distracting when images didn’t look the way they should in both eyes, or movie elements were distorted because it’s not really feasible to converted them to 3D in the first place.  For example, how do you convert smoky mist in front of a character’s face?  Don’t even try.  To add insult to injury, the movie had a hairline of separation through most of the film, and there were very few scenes that had any real 3D excitement – the excitement that actually launched this industry in the first place.  This was a mixed blessing, however.  Thanks to the miniscule amounts of separation, Pam was able to relieve her fatigued eyes by watching much of The Avengers with her glasses off.

So here we have a movie which at its core is very good.  Unfortunately, thanks to Hollywood “3D Readiness” greed, and a money saving effort to reduce brightness and save projector bulb life, customers and pundits have the justification needed to kick 3D out of the movie theater.

I am honestly so disappointed with how this movie was shown to me on my weekend and on my $27 that for the first time ever, I am telling you…BEGGING YOU…for the sake of 3D and the artistry that 3D is SUPPOSED to represent…don’t waste your money on the 3D upcharge for this movie!  See this in the 2D it was designed for. 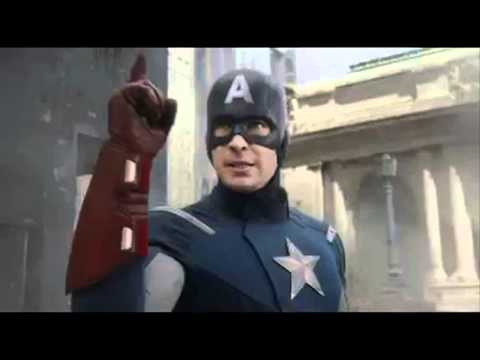