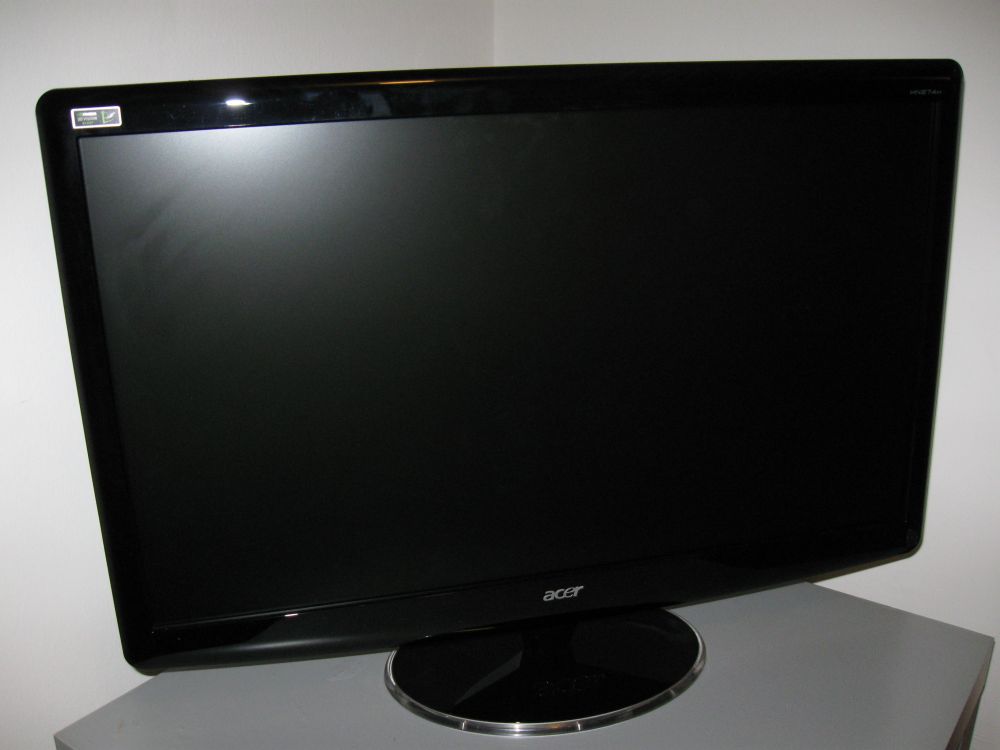 In the first part of this review I covered the general 2D and 3D performance of the Acer HN274H monitor, with ghosting tests and a subjective opinion of the quality.  In this second part, I will be focusing on the HDMI 1.4a compatibility mode with the AMD HD3D specification.  I also made some new discoveries along the way! 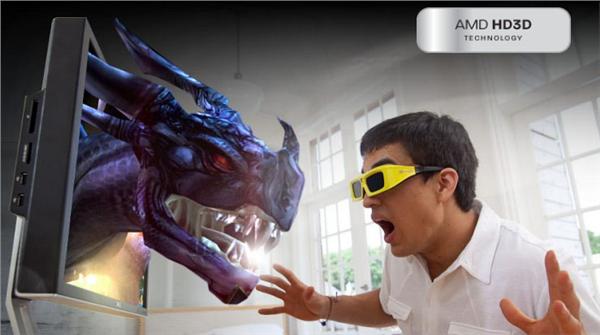 If you have a supported AMD graphics card, then you should be able to play games, watch videos and view photos with all applicable programs labeled with HD3D compatibility.

The leading 3D connector standard is HDMI 1.4a which has been popularized by 3D HDTVs and consumer electronics devices like the Sony PlayStation 3.  HDMI 1.4a provides several methods for transmitting 3D content from a source device to a 3D display.  AMD currently supports HDMI 1.4a frame-packing in both 1080P24 and 720P60.  The 1080P mode is designed for Blu-Ray 3D, and is limited to 24Hz (24 frames per second per eye).  Until the complete HDMI 1.4a spec is supported, video games are limited to 720P resolution at 60Hz (60 frames per second per eye). 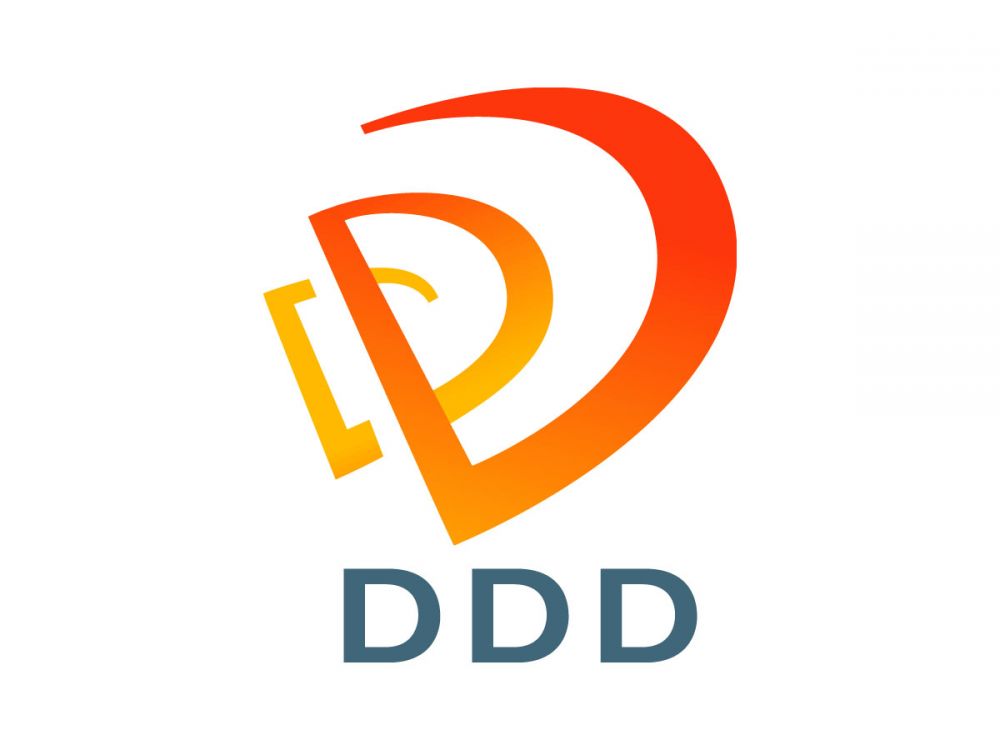 DDD’s TriDef Ignition drivers support both 1080P24 and 720P60 modes in stereoscopic 3D.  I like that DDD lets you change to any arbitrary resolution within the game, and the driver will still stay in 3D mode despite the limitations of the actual display.  DDD accomplishes this feat by internally scaling the image to the proper format (i.e. 720P), but allows the game itself to run at a different resolution (e.g. 1024×768).  This is useful for older games that do not run in HD resolutions.  I was able to test a number of titles with the TriDef Ignition drivers including Batman: Arkham Asylum, Left4Dead, Unreal Tournament 3 and Half-Life 2: Episode 1.  In all cases, the driver worked well with the AMD hardware, and I did not encounter any difficulties.

While iZ3D is also supporting the AMD HD3D specification, their latest driver is still in beta, and I was unable to get it to work on my rig – even with the latest AMD hotfix.  They informed me that they are aware of some issues with their software, and they are currently working to solve this problem.  Some users have reported success with iZ3D’s software and the HD3D spec, and we look forward to seeing this all fixed up in a future driver release.

As demonstrated in the first part of this review, the quality of the 3D on this Acer monitor is very good.  However there are a couple of points that should be addressed specific to the HDMI 1.4a mode used by AMD.

The biggest challenge of using HDMI, as opposed to the dual-link DVI connector used with Nvidia, is that gaming is limited to 720P.  While the drivers allow you to play in 1080P, it is restricted to 24 frames per second, and this isn’t gamer friendly or visually satisfying.  There might be some slow-paced games where this is acceptable – but they are few and far between.

Fortunately, 720P mode looks great on this monitor.  Acer has an effective resolution up-scaler built in, and is able to accept a wide variety of resolutions that still look decent at the display’s native 1080P.  On the surface, the image will look a bit fuzzy or soft, but it doesn’t blur the image too badly (as was the case with older LCD panels).  Once you start playing, you will quickly get immersed in the game and totally forget about the limited resolution.  With HD3D, the actual 3D experience is just as good as it is in full HD – just not as sharp.

What is really interesting is that the refresh rate and/or the perceived frame rate seems to improve while in 720P 3D mode with the DDD TriDef Ignition driver.  It actually appears to be running at an ultra high refresh, and the games are silky smooth.  This was most apparent with Batman: Arkham Asylum which is a smooth game to begin with.  In 3D mode, this game reaches another level with an immediacy of movement that adds a significant amount of realism.  This is similar to the effect you get when watching content on high refresh rate HDTVs.

I know this monitor is rated for 120Hz in 3D mode which just leaves 60Hz per eye – even FRAPS claims the frame rate is a modest 50fps.  Setting the numbers aside, the game is perceptually running at a much higher rate and comes across as being closer to 120Hz than 60Hz.  It’s hard to believe, but when you see it with your own eyes, there is no doubt.  This makes for an amazinpg experience and you really do want to experience it for yourself.  I don’t know if this is unique to AMD HD3D, or to the DDD implementation, or both – but there something special going on here.  I don’t know if this makes up for the loss of resolution because gamers may swing either way.  I do think this makes for a compelling argument that resolution is not the be-all-end-all in 3D, and gamers seeking more realism may want to look into how stereo 3D and high refresh rates can enhance the experience.

After more intensive testing, I can report that there is a moderate amount of ghosting on this monitor in some cases – especially on the top of the display.  Games with darker color palettes, like Batman: Arkham Asylum, have relatively low ghosting which has been reported in part one of this review.  However, on games with bright and highly contrasting colors, such as Mirror’s Edge, you do end up with a moderate amount of cross-talk.  Not enough to ruin the experience, but enough to be noticeable in a minority of games – which is why I didn’t spot this earlier.

Even though HD3D is based on AMD graphics cards, the Nvidia 3D Vision glasses still work with this Acer monitor when run through the HDMI 1.4a connector.  During my tests, I discovered that the 3DVision glasses have problems with crosstalk on the edge of their lenses and have increased crosstalk in the periphery view.  This is a non-issue if you sit two feet or further from the display.  However, the closer you get, the more distracting it can be – especially with a large screen like this one.

Below are some close-up shots of the type of ghosting you can expect in a worst-case scenario.  Keep in mind that the top of screen crosstalk is more apparent with moving images, so in-game performance will be a bit worse than what these static shots can show. 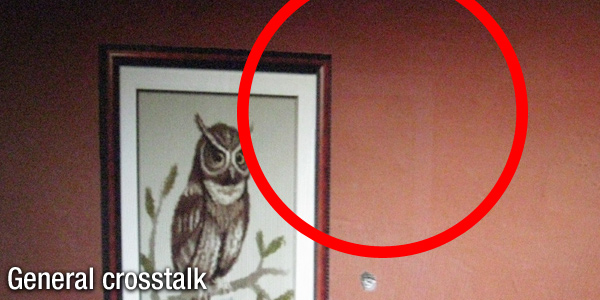 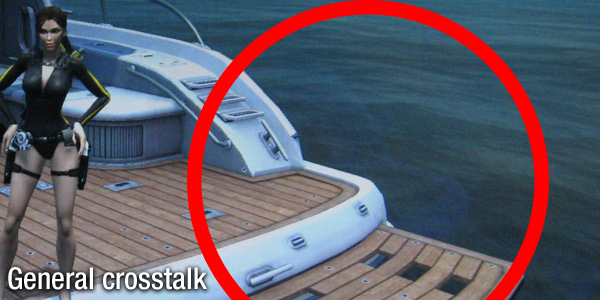 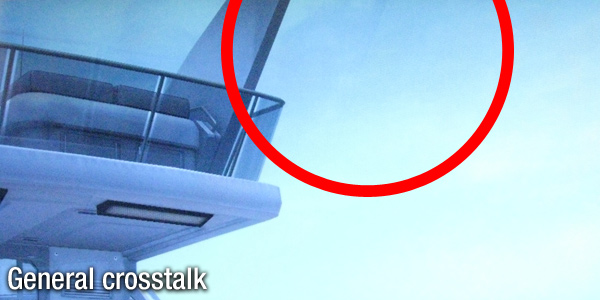 In order to better illustrate the actual quality of the monitor, I have taken a number of 3D pictures of various games through the Nvidia 3D Vision glasses.  While these photos were taken using the Nvidia stereoscopic 3D driver, the actual 3D effect is similar with the AMD software options.  You can free-view the cross-eye screenshots below, or click to download full quality side-by-side image files to view on your 3D solution of choice (you can rename the files to the .JPS extension for easier viewing).

As mentioned in part I, not all games support 120Hz refresh rates, and this is true of some computer hardware as well.  For example, my Logitech M500 corded laser mouse can’t handle refresh rates higher than 60Hz.  When using the mouse, dragging windows around the desktop or moving the camera in first-person-shooters didn’t look any smoother than a 60Hz monitor.  This is unfortunate, especially for users who have not seen a 120Hz display before and may get the wrong impression.  I have since switched to the Razer DeathAdder gaming mouse which has performed much better with this display.

There is an issue with how the Nvidia drivers output over HDMI to this monitor.  Although it works, the colors seem to be darkened in what is known as “black crush”.  I think that the Nvidia driver is outputting the wrong color space profile to the monitor, and no matter what options I played with, I couldn’t get it to look as good as it looked through the Dual-Link DVI connector.  This may be a case where it’s optimized to work with 3D HDTVs and not with computer monitors that are more likely to be connected to the DVI connector.  However, AMD doesn’t have this HDMI color space issue, and looked just as good over DVI in terms of picture quality (though still limited to a 60Hz refresh rate).

I don’t like the way this monitor handles the pre-Windows environment: the POST  and BIOS.  If you don’t touch the keyboard, the screen will not become active until Windows begins to load, so you don’t get to see any of the POST sequence happen.  This could be problematic for some power-users.  Fortunately, if you press a key to get into a screen, such as going to the BIOS, then the monitor will become active.  This means you are still able to adjust the BIOS settings or boot options, but it takes a stab in the dark to get there.  Also, the display takes almost 18 seconds to boot up, which seems excessive – even though you only see black during the boot-up sequence.

It is great to see a product like the Acer HN274H supporting a wide variety of different solutions.  First and foremost is the Nvidia 3D Vision solution, which is natural since they partnered with Acer to provide the glasses.  Gamers using an Nvidia graphics card will be able to unlock the full potential of this monitor when playing games in 1080P.

While we wait for iZ3D to hammer out some bug fixes in a future driver release, AMD Radeon users can get reliable support from DDD’s stereoscopic 3D drivers combined with AMD’s HD3D implementation.  There is also support for playing 3D video with the Stereoscopic Player and Blu-Ray 3D with PowerDVD, among other programs.

Thanks to HDMI 1.4a compatibility, there is also support for Playstation 3 and stand-alone Blu-Ray 3D players.  While I did not have a PS3 to test with personally, MTBS used this monitor for a 3D demo connected to a PlayStation 3.  The monitor is also able to handle both Nvidia 3D TV Play and AMD HD3D.

I think it is fair to say that the Acer HN274H is one of the most “universal” 3D monitors to ever be released.  With standard 3D HDMI 1.4a connectivity, this list of compatibility is only going to grow larger as more software and hardware adds 3D support.  Acer has produced a formidable product with their 27” 3D display, and although it has its quirks, there’s really nothing else on the market with its cutting-edge features, wide compatibility, and sheer size.  Keep an eye out for this one!