By Kris RobertsMarch 4, 2011Editorial
No Comments

This is the fifth GDC I have attended.  Tuesday night, I got into San Francisco in time to do registration and collect my badge and stuff.  Microsoft has an area in the lobby of the South Hall setup with several demo kiosks.  The one they have for Fable III is setup with Alienware monitors and 3D-Vision kits showing off the game in stereo.

The presentation from Mr. Iwata was similar in some ways to previous GDC keynotes I have seen him deliver.  His style is casual and he genuinely seems happy to be talking to the audience of game developers as colleagues and kindred spirits; people passionate about making and playing games. 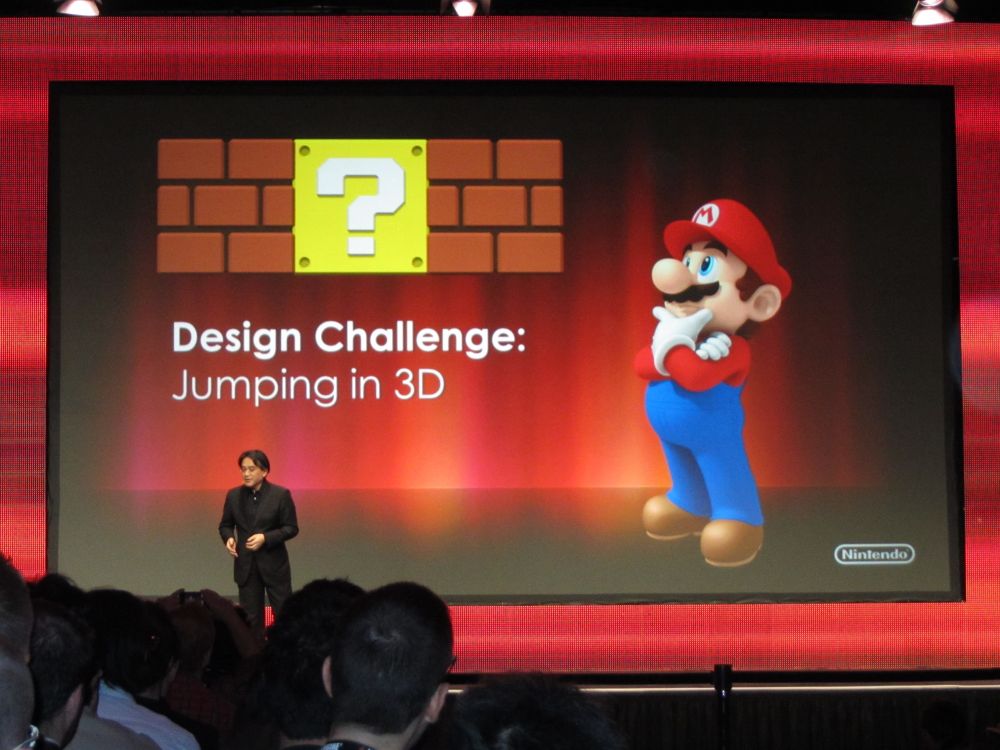 His talk celebrated this year as the 25th GDC with a retrospective history of the industry, and his personal experiences at Nintendo.  It also looked forward and focused to a large extent on the goal of expanding the video game market and the next compelling “Must Have” item from Nintendo – the 3DS.  His view is that sensations such as Pokemon, Sonic, Tetris, Zelda, Grand Theft Auto, Gutiar Hero and Angry Birds are essential to the industry in expanding the population of gamers and adding common experiences that we can all share and identify with.  He is confident the 3DS will fulfill his requirements and demonstrate consistent improvement, social connection, expand the audience and challenge existing notions.

Reggie Fils-Aime, President and COO of Nintendo of America gave an overview of many of the specific features of the 3DS in terms of content and location.

The content offerings include: Netflix streaming movies, 3D Movie Trailers, a Short-form Video Service, and the ability to record 3D video with the cameras on the handheld.

The location features presented were: Street Pass, Spot Pass, an improved eShop, and free WiFi accss at over 10,000 AT&T hot spots.  These allow the 3DS to transfer information and content between systems as people take them with them wherever they go as well as the ability for Nintendo to send content to users either collectively, individually, or based on the games players have used.

Mr. Iwata finished up by talking about new Mario and Zelda games that are exclusive for the 3DS.  In particular, he shared the excitement of Mr. Miyamoto in seeing the stereoscopic 3D capability of the new system as an opportunity to finally solve the problem of “jumping in 3D” which has been an issue with platforming games since they entered the 3D era.  His parting words to the development community were “Make the impossible… possible.”

After the Keynote I made a pass through the expo hall looking for all the stereo 3D stuff I could find. 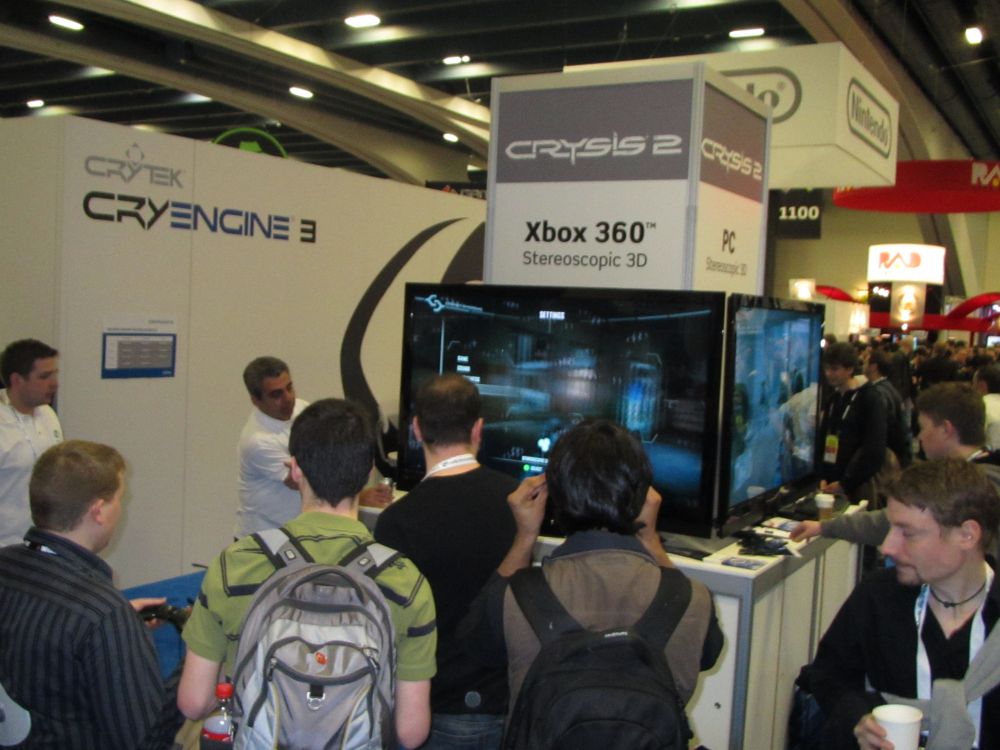 So at first pass those were the exhibitors who were highlighting stereo 3D in their booths, but I’ll spend more time in the exhibit hall to try and see if I can find any more obscure offerings. 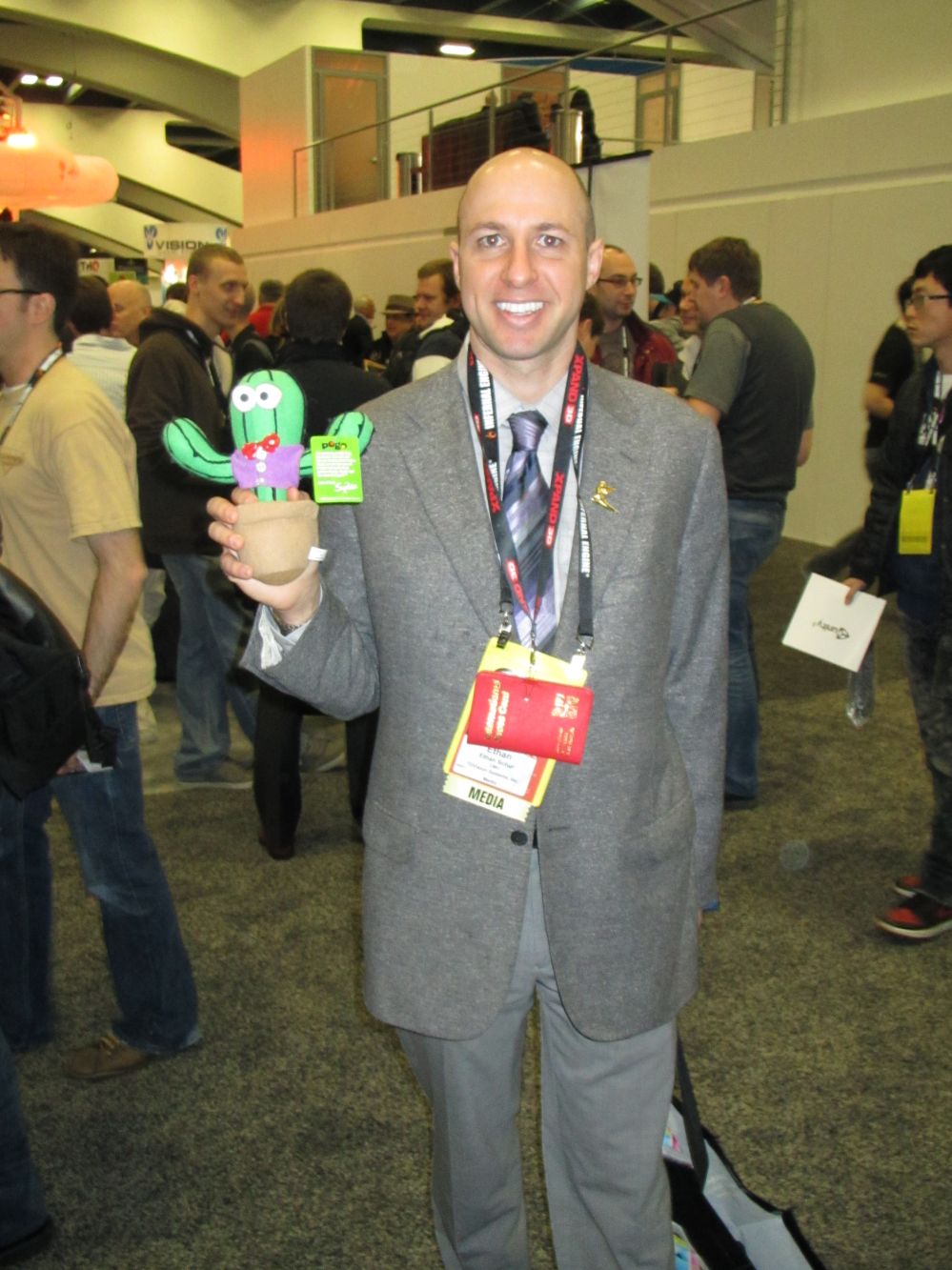 While TDVision Corp. is not exhibiting at GDC, I met with Ethan Schur, their Chief Marketing Officer.  He was enthusiastic to tell me about his complay’s TDVirtualCam system for game developers.  TDVision has a number of enabling technologies for stereo 3D content delivery of video as well as an SDK for real time applications.  The benefit for game developers is it helps take care of the framework and low level details, while providing high level control of the 3D presentation to utilize the depth and pop-out effectively. 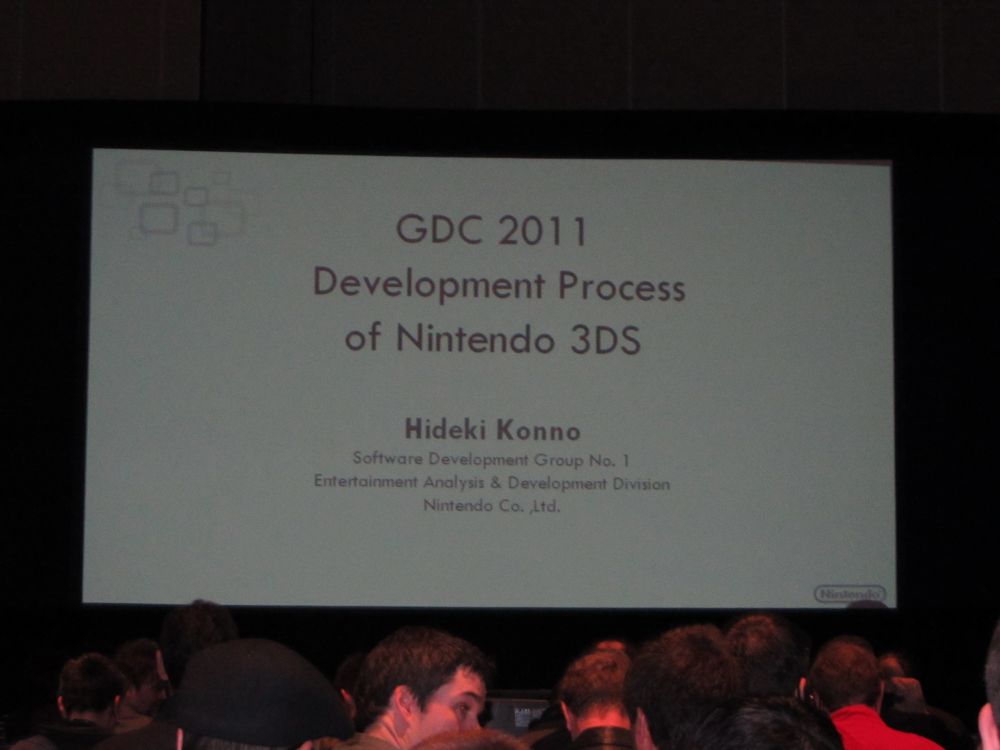 Mr. Konno has been with Nintendo for a long time in software development, and the 3DS was the first time he participated in hardware development.  His presentation started with a description of the new “Auto Mii” feature in the 3DS.  It will take your photo and produce a Mii automatically which you can then modify on your own.  The rest of the talk covered various aspects of the software and hardware development for the new handheld…

ACK!  I’m out of time and have to run to my meeting with Andrew Oliver from Blitz games, then Simon Kwok from DDD, then Mike Capps at Epic games, and then the Nvidia/Blizzard presentation about their stereo 3D development experience. Whew!