“Vireio is turning into an amazing program, and this is only the tip of the iceberg. We are working hard to make sure you can experience the great games that have etched themselves into memory, instead of just watching them play out!” – Josh Brown, Fellow Vireio Perception developer.

Ontario, Canada (December 16, 2013) – Founded in 2007, Meant to be Seen (mtbs3D.com) is the world’s leading stereoscopic 3D and VR gaming community. Among other things, it is recognized as the unofficial launchpoint of The Oculus Rift by Palmer Luckey, who has been a moderator on MTBS for several years.

Vireio Perception was originally authored by Andres Hernandez, another long time moderator who currently works for OculusVR. Vireio has since undergone a major rewrite and feature upgrade. Version 2.0 owes much of its development to volunteer coders Denis Reischl, Josh Brown and Grant Bagwell.

“VR drivers have been long criticized as not being able to deliver experiences that are competitive with native VR because there were too many shortcomings. Vireio delivers low latency, readable VR interfaces, snappy head tracking, and a growing library of support from games that were never intended to be in VR in the first place,” said Neil Schneider, Founder of Meant to be Seen and Manager of Immersive Technology Services for the Faculty of Business and IT at the University of Ontario Institute of Technology. 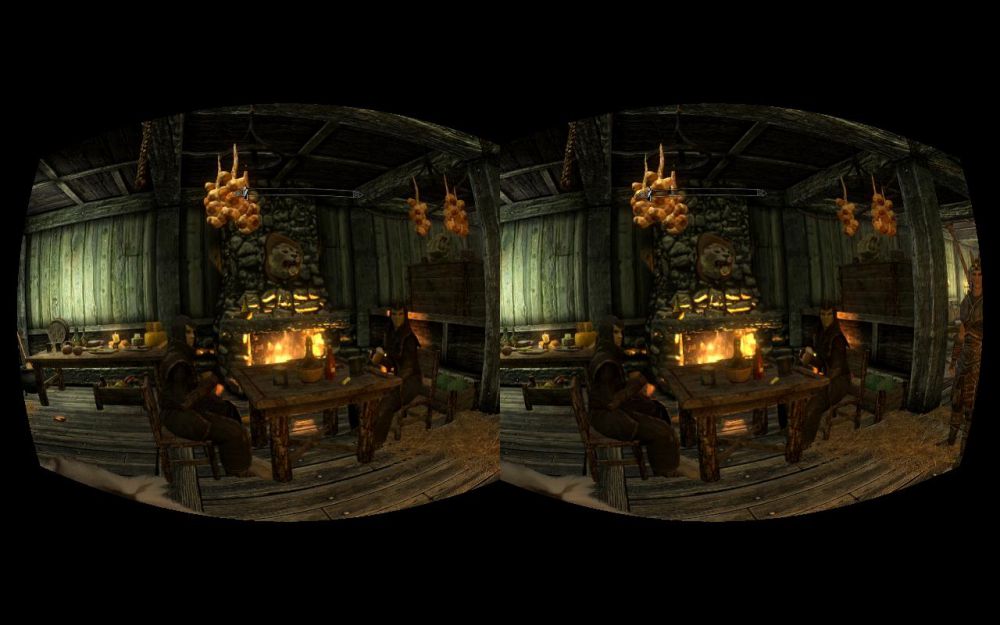 To help the effort and maximize game compatibility, publishers are encouraged to email product codes or digital game purchase gift cards to vireio@mtbs3D.com. While not a replacement for native VR coding, Vireio Perception is an opportunity for game publishers to bring a new VR experience and sales opportunity to older games that won’t be directly coded for VR.

Founded by Jeri Ellsworth and Rick Johnson, castAR is the latest Kickstarter craze having raised over $1 million for their AR/VR mass market solution. Vireio Perception is the first middleware VR driver to support their hardware.

“We are thrilled to have support from Vireio Perception drivers as this will allow users to take their existing games and easily expand them into the VR space”, said Jeri Ellsworth, President of castAR.

Invented by Denis Reischl, Vireio Perception features VRBoost, a freeware add-on that maximizes visual flexibility and strips latency by getting direct control over the game’s cameras before middleware adds extra processing cycles. VRBoost also adds game controller compatibility and a more natural use of mouse and head tracking control which was otherwise impossible with VR middleware drivers. Tools are provided for gamers to create their own VRBoost profiles.

Additional features unique to Vireio Perception 2.0 include HUD and GUI resizing, World Scale calibration, and the B.R.A.S.S.A. toolset which lets users analyze the design of their games and create their own VR game profiles.

“I’ve learned a lot from helping develop Vireio Perception, and it’s exciting to be part of something like this. Anyone who wants to sharpen their skills and build a portfolio should get involved”, said Denis Reichl, VRBoost’s author and inventor.

On December 23, 2013, Vireio Perception will be updated again with even more functionality and increased game compatibility. Additional VR developers are encouraged to participate!

About Meant To Be Seen

While Meant to be Seen’s roots are in stereoscopic 3D gaming, it has blossomed into a huge community of immersive technology gamers and professionals. Much of the site’s content is distributed in stereoscopic 3D form, and features news, game reviews, interviews, active discussion forums, and more.

Meant to be Seen:
http://www.mtbs3D.com

2013 Meant to be Seen. All rights reserved. Specifications are subject to change without notice. All other trademarks are the property of their respective companies.