“After having time to look back through all the submissions. I can honestly say I was unable to find even a single pic that I didn’t like. It really says a lot about the creative power and quality that can be harnessed through the MTBS community. What I have found is if you have a good idea, you can bring it here, and everyone will chip in to make it better.” – Richard Lee, Grand Prize Winner

Ontario, CANADA  (February 20, 2013) – Founded in 2007, Meant to be Seen (mtbs3D.com) is the world’s leading stereoscopic 3D and VR gaming community.  In addition to being the consumer arm of The S-3D Gaming Alliance, it is also known as the unofficial launchpoint of The Oculus Rift by Palmer Luckey, who has been a moderator on MTBS for years.

The Oculus Rift has earned international attention and appeal by being a truly immersive and revolutionary head mounted display for gamers.  Publicly endorsed by John Carmack (iD Software) and Mike Abrash (Valve), Oculus VR raised $2.5 million dollars on Kickstarter, and game developers have already started to receive their SDKs in preparation for a future consumer product. 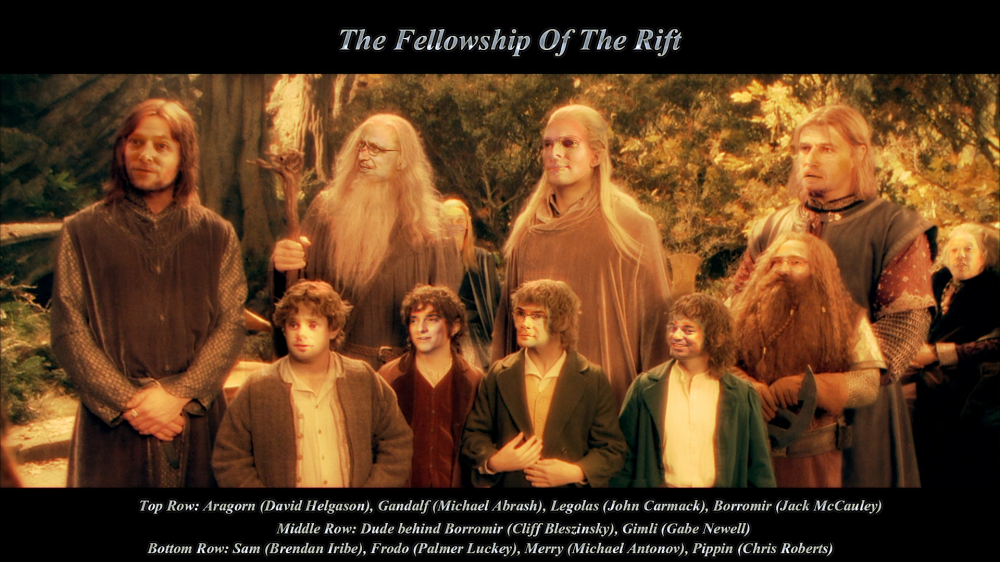 “It started as a joke in the forums.  Members posted pictures of famous people and characters wearing the Oculus Rift, and I thought it would add to the fun and creativity if we made a contest out of it.  Even now that the contest is over, people are still sharing pictures,” said Neil Schneider, President & CEO of MTBS.

“I really don’t understand why so many people find so much enjoyment in modifying pictures of my face.  I also don’t understand why I find so much enjoyment in looking at them,” said Palmer Luckey, Oculus VR Founder and Rift-ventor.  Regular pictorial targets included Palmer Luckey, John Carmack, Mike Abrash, world leaders, celebrities, and the Oculus VR team.

“I love being on MTBS3D; every day might bring an exciting new development or technology, and it’s inspiring to be able to discuss topics with people such as John Carmack and the Oculus guys, together with a really smart community,” said prize winner Colin Pearce.

“These are committed VR gamers, so we wanted to give away stuff that future Rift customers will use.  The grand prize was a Novint Falcon, a haptics device that adds a sense of touch and realism to games.  Another six winners got Audiofly AF33 in-ear headphones which really sound amazing.  The final two winners got copies of AMD Radeon RAMDISK; software that helps boost computer performance,” explained Schneider.

About Meant To Be Seen

While Meant to be Seen’s roots are in stereoscopic 3D gaming, it has blossomed into a huge community of immersive technology gamers and professionals.  Much of the site’s content is distributed in stereoscopic 3D form,  and features news, game reviews, interviews, active discussion forums, and more.  It also runs GameGrade3D, a community driven database that showcases game compatibility with solutions like AMD HD3D, DDD TriDef 3D, Nvidia 3D Vision, and more.

Meant to be Seen:
http://www.mtbs3D.com

2013 Meant to be Seen. All rights reserved. Specifications are subject to change without notice. All other trademarks are the property of their respective companies.