“I’m looking forward to speaking at Discovery 11.  This is such a unique opportunity to get an overview of the current state of 3D technology and discuss the future of 3D with other industry experts,” said Damir Slogar, CEO of Big Blue Bubble 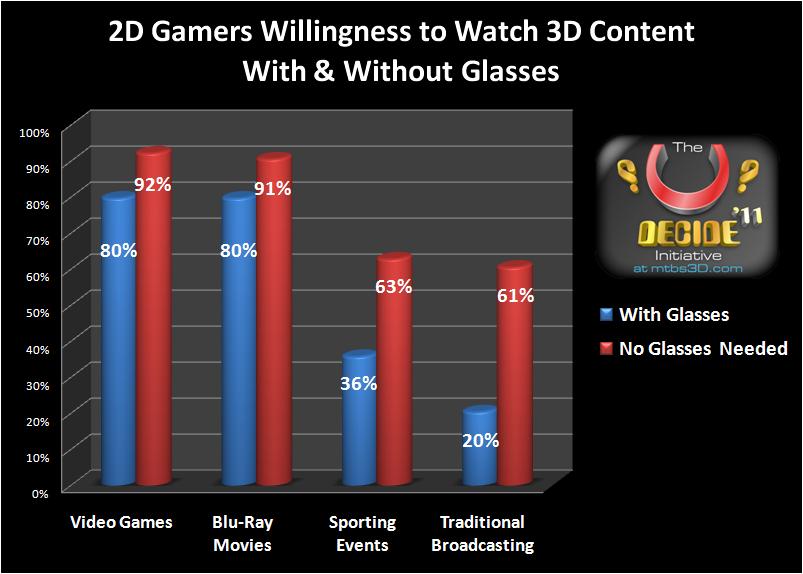 According to the 2011 U-Decide Initiative, 80% of gamers that don’t yet own 3D equipment are willing to play video games while wearing 3D glasses, and 92% are willing to do so with a glasses-free solution.  In addition to being neck and neck with 3D Blu-Ray movies, 3D gaming has a clear advantage for technology enablers looking to reach the early adopters.  According to DisplaySearch, 3D is expected to account for 50% of HDTV revenues by 2014 because it will be a standard feature in future sets.

“While everyone wants 3D gaming to take off, there are several opinions on how this will be accomplished.  With nearly all the industry players and competitors at the same table, this should be very informative for press and industry alike,” said Neil Schneider, Executive Director of The S-3D Gaming Alliance, and moderator for the upcoming OCE Discovery 3D gaming panel.

In recognition of the growing importance of stereoscopic 3D gaming on mobile platforms like the Nintendo 3DS, 3D tablets, and 3D smart phones, S3DGA is also pleased to announce their latest member: Big Blue Bubble.

“S3DGA truly understands unique challenges of stereoscopic 3D gaming and by creating and defining standards helps both manufacturers and developers to deliver top quality 3D content to consumers. We are happy to be part of it”, Slogar said.

Big Blue Bubble is one of Canada’s leading game developers, and has a direct interest in stereoscopic 3D gaming on console as well as mobile platforms. BBB has garnered numerous industry awards and accolades, but the true testament of their accomplishments can be seen through the success of their games – 60 titles distributed in over 100 countries.

The S-3D Gaming Alliance is the official voice and standards body for stereoscopic 3D gaming.  As a non-profit organization, S3DGA provides for standards discussions, consumer promotion, education, and awareness. Its membership is comprised of organizations and individuals with an interest in developing S-3D hardware and software solutions. Visit http://www.s3dga.com for more information about the alliance and its upcoming meetings.